Student Protests: Unhappiness over accommodation leads to protests at Wits 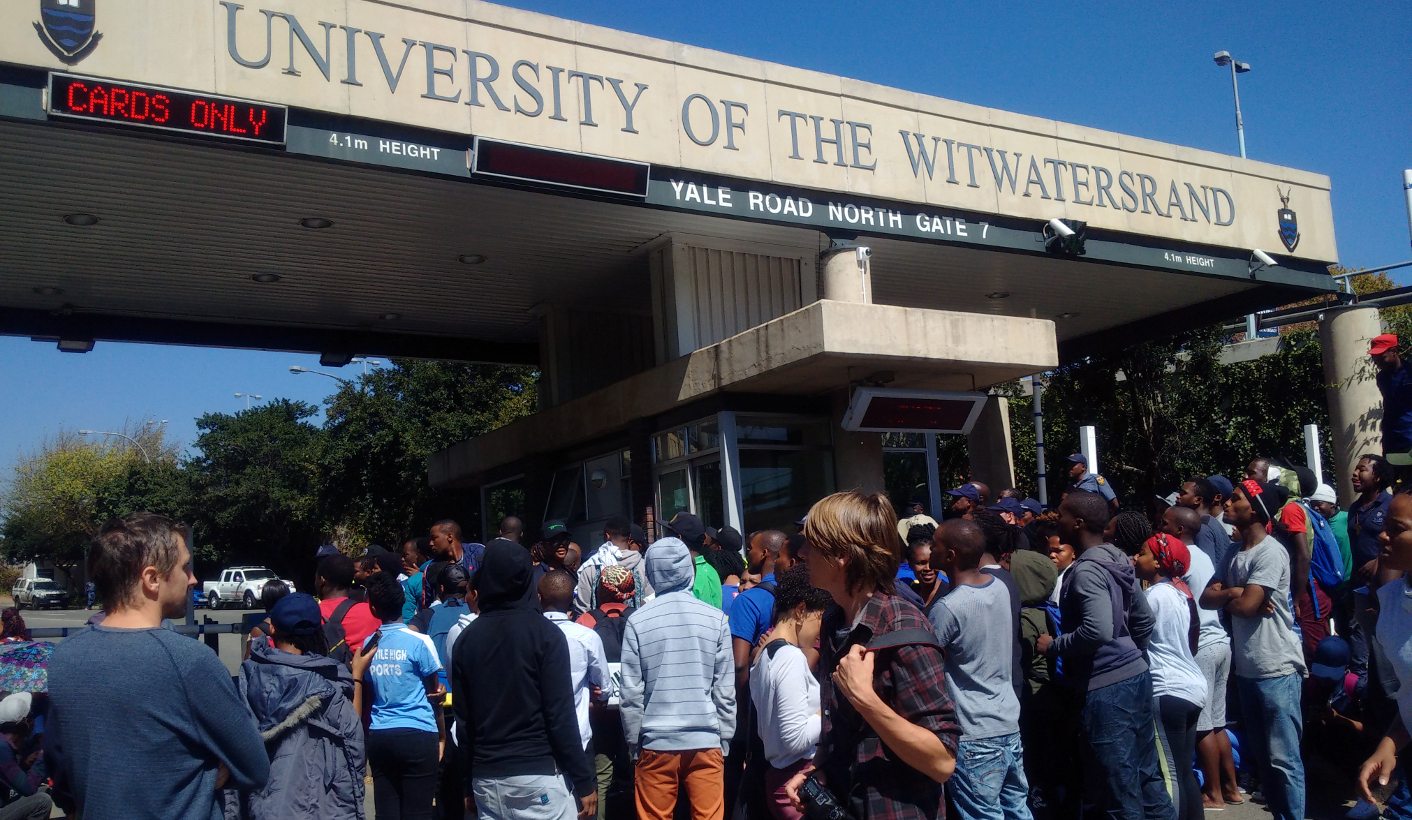 Photo: Wits students gathered at the Empire Road entrance to the institution to protest against poor services at the Yale Village residence. Photo: Bheki C Simelane

Fresh protests have broken out on the Wits University campus, this time over accommodation which students claim does not live up to billed promises of cleanliness, safety and connectivity. Now management of the university has been given 24 hours to respond or face further action. By BHEKI C SIMELANE.

Three months into the academic year and students have once again embarked on protest action at Wits University. This time over accommodation at Yale Village.

On Thursday about 100 students blockaded the main entrance to the campus and protested peacefully under the watchful eye of police, metro police and campus security.

The students, residents of Yale Village, claim that none of the promises –a clean residence with wi-fi coverage, ample security and transport to campus –   by the Dean of Student Accommodation have been delivered.

Instead, they claim some rooms have not been cleaned since they moved in as there were are only four contract cleaners to service the rooms of 350 students staying in the building.

The residence, developed by Respublica and leased to the university was supposed to have wi-fi but students says this is yet to be provided.

The only service they receive, claim the students, is being given toilet paper.

First-year education student Phumla Dlamini said contractual issues between Respublica and Wits should not be allowed to affect their education. “And mind you all this time we are still paying while all that they can provide us is toilet paper. How are we expected to study? Wits and Respublica should come together and discuss their contractual issues because we are now caught in the middle.”

Students said they were giving Wits 24 hours to respond to their demands.

Lindy Langa, a third-year Wits law student said students were “being taken for a ride”.

“If you are parents and you are human beings with a heart, provide the services in that residence. You are sending us tissue while you send our parents exorbitant debt statements. Would you allow your child to bath in a shower that has not been cleaned since January? How heartless are you?” Ngobeni asked.

Students handed over a memorandum of their grievances to university officials who promised to hand it over to the Vice-Chancellor’s office for immediate consideration.

Ngobeni continued: “I fear what students will do if their grievances are not addressed. Students are very angry. Students wanted to act last night”.

Ngobeni would not elaborate on what sort of action students wanted to engage in but student #feesmustfall protests last year saw students engage in running battles with police, damaging buildings, including the flooding of the computer lab, and threatening to set buildings on fire.

“We lease the building and we have discussed the matter around the building’s cleanliness with the service provider. They assured us it will be sorted.”

Regarding wi-fi connection, Patel said a long-term solution might take a while because other stakeholders, like the city of Johannesburg, had to be involved, but the university was looking for a short-term solution. DM

Photo: Wits students gathered at the Empire Road entrance to the institution to protest against poor services at the Yale Village residence. Photo: Bheki C Simelane