Op-Ed: The contrition clause of parole 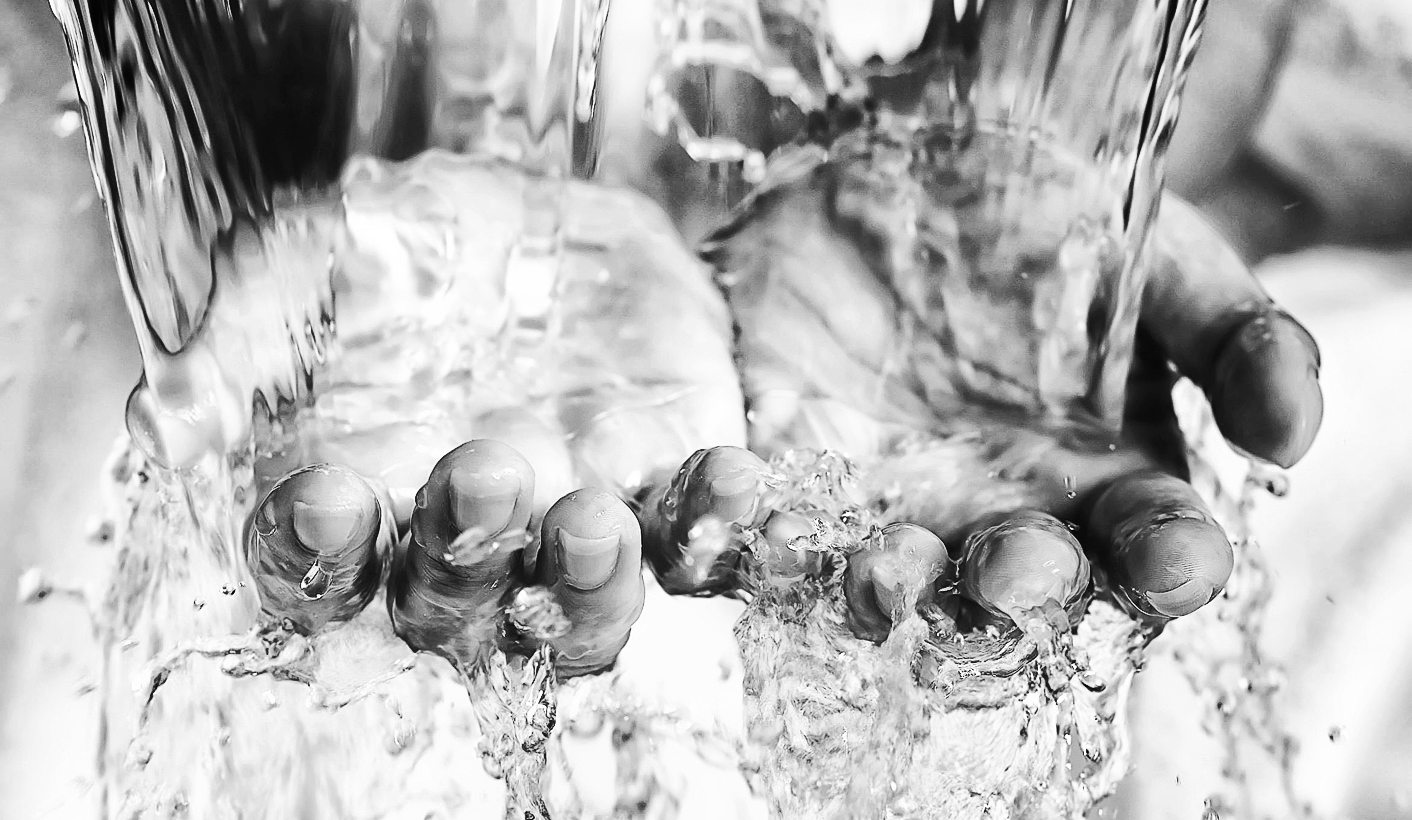 While the parole system or parole boards cannot fix a wrongful conviction, the “contrition” requirement in the parole process currently functions as a quid pro quo for release. This is disproportionately punitive towards people who still maintain their innocence. By RUTH HOPKINS for Wits Justice Project.

Joseph Motsepe Setshedi has vowed to rather die in prison than admit guilt for a crime he says he never committed. Setshedi was convicted in 1999 for the 1995 murder of Bigboy, the boyfriend of Ga Rankuwa resident Joyce Newpham. Newpham testified in court that Setshedi was the killer. She said she recognised him because they went to school together. The Department of Education, however, has no records of Newpham attending the same school as Setshedi. Moreover, in newspaper articles around that time, Newpham (spelled Neyeufan): “said four years ago her husband had been killed, allegedly by policemen, during a hijacking outside their house.”

Setshedi, who has entered his third decade in prison, is eligible for parole, but his refusal to admit guilt makes his release near impossible.

The parole system creates a devil’s dilemma for offenders who claim to be innocent. Their release is subject to the “contrition clause”: an offender must show remorse, in a Victim-Offender Dialogue (VOD), for the crime he committed, in order for him to be released on parole. Admitting guilt, however, is the last thing wrongfully convicted people want to do.

While the parole system or parole boards cannot fix a wrongful conviction, the “contrition” requirement in the parole process currently functions as a quid pro quo for release. This is disproportionately punitive towards people who still maintain their innocence.

Acting minister of Justice and Correctional Services, Faith Muthambi recently announced an overhaul of the parole system. Without providing much further detail, Muthambi labelled the current parole system “outdated and in need of revision”. The acting minister said that a task force will produce a white paper on parole, which will be discussed in Parliament in the near future.

It is not very likely that the white paper will address the impossible dilemma wrongfully convicted prisoners face in the parole process. In September 2016 the parliamentary portfolio committee on justice and correctional services hosted a meeting on parole titled “Successes, Challenges & Future Developments”, intended to provide input for the white paper. The Wits Justice Project and other criminal justice organisations raised the problematic nature of the Victim Offender Dialogue for wrongfully convicted offenders. This assertion was met by disbelief by both the opposition and ANC parliamentarians. They claimed wrongful convictions were non-existent or extremely rare, and therefore not an acute issue that should be addressed within the parole system.

The Wits Justice Project has an anecdotal idea of the scope of wrongful convictions, informed by letters received from inmates, correctional officers, the family friends of sentenced offenders and others. There is no existing independent case review mechanism or body in place to review cases of wrongful convictions, so no one really knows how widespread this problem is.

When an offender is paroled, he or she is released into the community to serve the remainder of his/her sentence, under correctional supervision. The Correctional Services Act stipulates that an inmate has a right to be considered for parole after he or she has served the minimum sentence, which is half of their sentence. There is no inherent right to parole, but rather an obligation for the department to consider someone for parole.

On its website, DCS stipulates that an offender will be considered for parole when he/she “has demonstrated during his/her incarceration that he/she has been rehabilitated; that he/she is unlikely to be a danger to society and that there is a full awareness of and a contrition for the crime committed, the Board may approve/ recommend that an offender be released on conditions.”

This intimate link between the rather Catholic sounding “contrition for the crime” and the carrot of imminent freedom is problematic for those who maintain their innocence and allege they were wrongfully convicted.

A Case Management Commission (CMC) is supposed to start the parole process on behalf of the inmate. This process includes psychologists’ and social workers’ reports on the rehabilitation of the inmate, a progress report on their education and vocational development as well as the offender’s participation in restorative justice meetings.

During these restorative justice meetings with the victims of the crime or the relatives of the deceased, the offender is supposed to apologise and show remorse for pain caused by the crime. And it is here that those who claim to be wrongfully convicted can either admit guilt and live a free live – but with a criminal record – or they can stick to their principles and refuse to show remorse for a crime they never committed. This might mean they will have to serve the entire sentence in prison.

The prospect of spending another seven years in prison informed Thuba Sithole’s choice to opt for parole. Sithole worked as a deli cook at Pick n Pay and walked to and from his work at the Waterfront Mall in Johannesburg. One evening he turned a corner and walked straight into an ongoing police chase of suspects who had just robbed three young girls. In 2009, Sithole was sentenced to 15 years for the armed robbery.

I investigated Sithole’s case for over three years and am convinced that he is innocent – as are his lawyers – because there is no substantial evidence against him. He was convicted solely on the basis of eyewitness testimonies of two of the three young and impressionable girls who saw Sithole for the first time as he was exiting a police van, during a pitch dark night. In conversations with me they admitted they were never sure it was him, something they refused to repeat to the lawyers.

Before the lawyers could appeal his case before the Supreme Court of Appeal, Sithole’s parole date appeared on the horizon. And with it, the devilish dilemma presented itself. If an inmate has lodged an appeal it is unlikely that a parole application will be considered. This meant he had to choose: appeal or parole. Sithole’s daughter was one year old when he was arrested. If Sithole had forgone his opportunity to apply for parole, she would have been 17 years old by the time he served his entire sentence. Because Sithole wanted to be able to see his now eight-year-old daughter grow up, he chose parole. His lawyers managed to circumvent the contrition clause and he is now a free man, with the burden of a criminal record attached to his name.

Fusi Mofokeng and Tshokolo Mokoena, two friends from Bethlehem, were released on parole in 2011. They served 19 years of a life sentence in prison for a crime they didn’t commit, at the tail end of apartheid. When a shootout between the police and a self-defence unit in 1992 ended with a dead and another injured police officer, the response was sharp and immediate. The police raided the township during the night and arrested Mofokeng, because his brother-in-law was a member of the SDU and had stayed at Mofokeng’s house. Mokoena was arrested because he was with Mofokeng on the day of the shootout.

In 1998, the Truth and Reconciliation Commission (TRC) pardoned the men who had killed the police officer. Mofokeng and Mokoena, however, returned to prison after they refused to confess to a crime they never committed. Wrongful convictions were not part of the TRC’s mandate, or so they were told. Through a sustained campaign of the local community, churches, the Wits Justice Project, and lawyers, Mofokeng and Mokoena were released on early parole in 2011. The two friends are to this day subject to parole conditions. They have to report to the police at set intervals and they still have a criminal record, while their co-accused lead unburdened, free lives.

Mofokeng, Mokoena and Sithole had lawyers who managed to negotiate their release on parole without having to admit guilt. The hundreds, maybe even thousands, of other incarcerated people fighting to prove their innocence often do not have that kind of access. DM

Photo: Water cascading over a pair of hands. (Mike R. Manzano via Flickr)

Ruth Hopkins is an award-winning investigative journalist working for the Wits Justice Project in Johannesburg. She has written about private prisons, court delays, remand detention, wrongful convictions and police brutality in South Africa. In 2016, she was awarded the Sylvester Stein reporting fellowship. [email protected] and on twitter: @ruthhopk