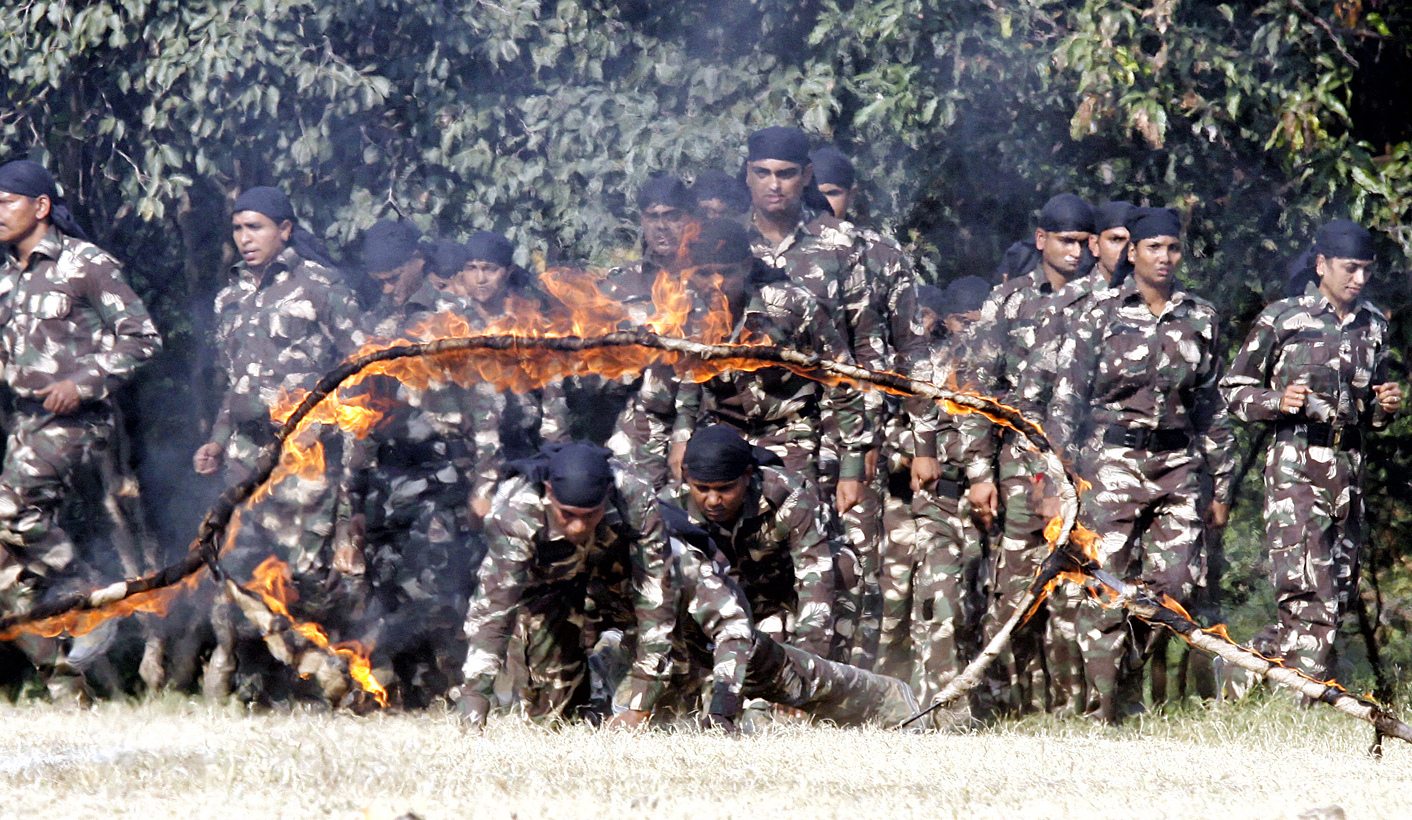 India struggles to put its lofty counter-terrorism policies into practice. What lessons can Africa learn? By Simon Allison for ISS TODAY.

“We have an iron fist. But we put it in a velvet glove.” This, according to Lieutenant General KT Parnaik, is the essence of India’s counter-terrorism strategy.

Parnaik would know. Before he retired in 2013, he was in charge of the Indian Army’s Northern Command. His command encompassed the state of Jammu and Kashmir, which has been repeatedly targeted by terrorist organisations.

Parnaik was speaking to an audience of counter-terrorism experts in New Delhi in mid-March, at the third annual Counter-Terrorism Conference. Debate at the conference swung between two poles: those advocating a strong military response on the one hand, and those emphasising the importance of human rights and the rule of law on the other. But India, as Parnaik outlined, viewed both as a necessity.

Chhattisgarh state minister Raman Singh explained how this has worked in practice. His state is the epicentre of India’s Naxalite, or Maoist, insurgency. The Naxalites have killed thousands of people over the past five decades, but Singh believes that his government has begun to get a handle on the situation. The statistics bear him out too, with fatalities from Naxalite attacks significantly decreased in 2016.

Singh’s administration points to two initiatives for this success. The first is the iron fist, in the form of a new special forces unit known as the District Reserve Group (DRG), which is composed of soldiers drawn from the area. The DRG has been credited with a number of successful strikes against Naxalite positions.

“They are emotionally attached to the region as they belong to this place. They are familiar with the culture, ethos and language of people. Having a bond with the tribals, they are better mentally conditioned to handle them,” said SRP Kalluri, a senior police official from the area.

The second is the velvet glove. “Effective and good governance only can eliminate the menace of naxalism and terrorism,” said Singh in his address to the conference. Singh pointed to his state’s achievements in education and health, as well as huge strides made in the provision of roads, rail, communications and electricity infrastructure.

The theory behind India’s counter-terrorism model is sound. Punish the bad guys, while delivering the kind of socio-economic and human rights that should ensure that terrorism won’t flourish in the future.

But implementing this theory is a lot harder than Chhattisgarh governor Singh makes it sound – and his state is a great example. Amnesty International’s reports on serial human rights abuses by authorities in the state paint a very different picture of what is going on. These document large-scale sexual violence against women; the arrest of journalists deemed to be critical of the state; accusations of extrajudicial killings by security forces; the harassment and intimidation of civil society; and failures by the state government to investigate alleged crimes.

Meanwhile, new statistics show that Chhattisgarh is one of the worst five states in India when it comes to child mortality, and scores very poorly in female education too. In other words, that velvet glove is starting to look rather threadbare.

As ever, there is a gap between good policy and implementation. This is a problem that African governments are familiar with. At a continental level, the African Union boasts one of the world’s most progressive counter-terrorism strategies, one which guarantees respect for human rights and the rule of law and emphasises the importance of deradicalisation, cross-border cooperation and continuing research (see this policy brief from the Institute for Security Studies for more). But only a handful of African states have adopted this policy as law, and even fewer are putting it into practice.

This is a mistake, argues ESL Narasimhan, governor of Andhra Pradesh and Telangana. The areas under his control have also been affected by the Naxalite insurgency.

“Good governance is not just government. It’s media, civil society, professional institutions … if any of these are out of balance there is a problem. The militaristic response is necessary, but good governance is an extremely useful concept for fighting terrorism.”

As Africa struggles to contain the threat from terrorism, it might be worth taking a leaf or two out of India’s book. Indian leaders have dealt with terrorism for a long time, and they are increasingly realising that any long-term solutions to the problem lie in good governance rather than just a heavy-handed military response.

But for now, at least, it’s a case of “do as they say, not as they do”, because India is struggling to put this lofty rhetoric into practice – a failure of implementation with which African leaders are all too familiar.

And therein lies the biggest lesson of all. By now, several decades into the global war on terror, we know the kind of counter-terrorism policy that works, and the kind that doesn’t. We just need to start practising what we preach. DM