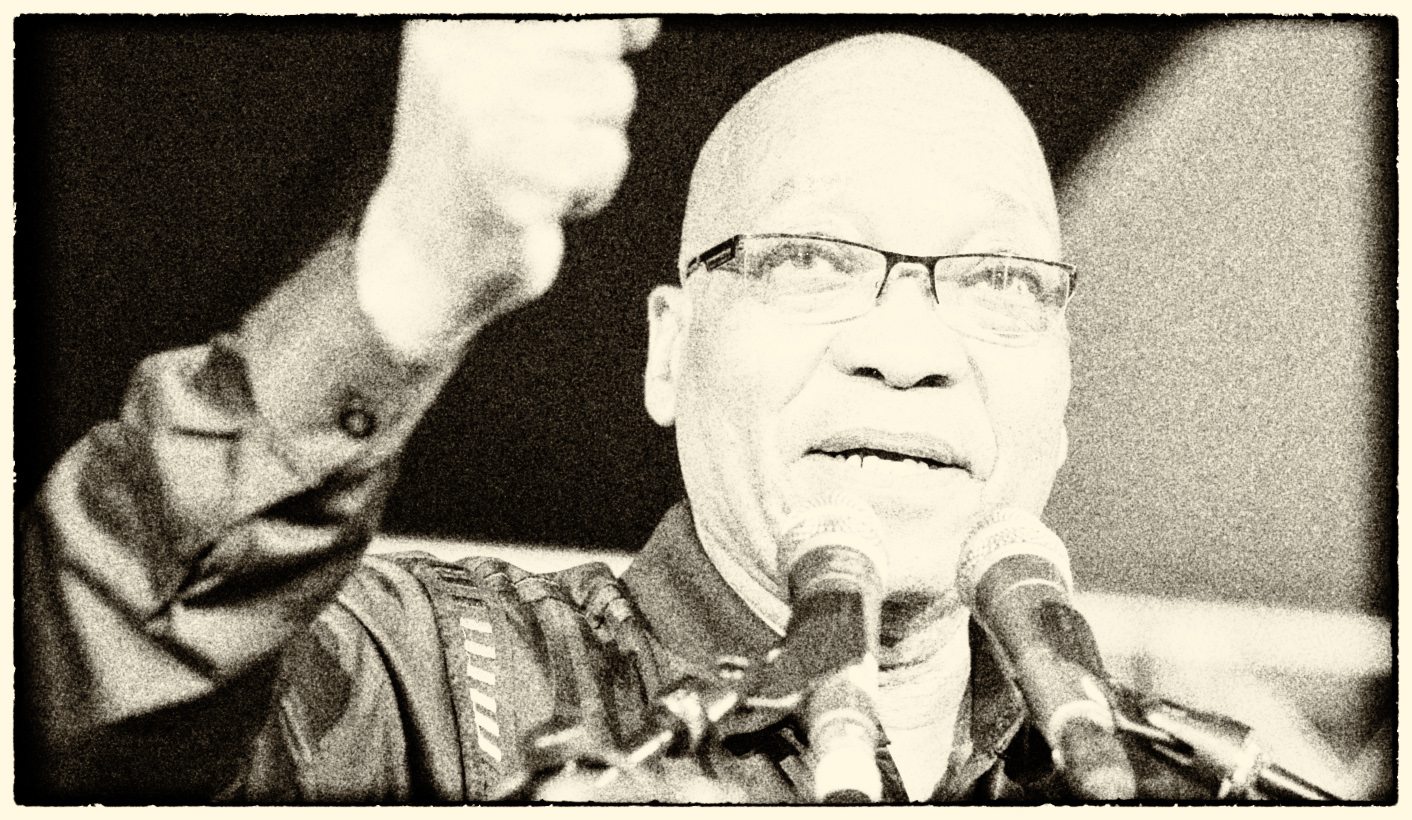 In the recent past, the EFF, the SACP, Cosatu and civil society have often been at loggerheads. But at a discussion in Cape Town on Wednesday night, there was much common ground to be found. Over one central point, all parties bonded: the need to remove President Jacob Zuma – and mea culpas from those who helped put him in power. The idea that Cyril Ramaphosa in the top spot would mean a more stable future for South Africa came in for much scepticism, however. By REBECCA DAVIS.

South African politics is such a strange place that it is currently possible to watch a senior member of the Cabinet state publically that the ruling party may be finished.

This was the case at an event organised by the Alternative Information & Development Centre (AIDC) in Cape Town on Wednesday, where Deputy Minister of Public Works Jeremy Cronin candidly told the audience that he was unsure whether the ANC would be able to lift itself out of its current crisis. Cronin was there with his South African Communist Party hat on, and he did not mince his words when describing the current status of the ANC government.

Under President Jacob Zuma’s leadership, Cronin said, “a whole parallel state is developing”. The Hawks are gunning for Treasury; the State Security Agency is spying on “half of us”, he said; there’s an official Cabinet “and then there are other Cabinets happening somewhere else, perhaps in Saxonwold”.

Cronin said that this is taking place in an atmosphere of growing authoritarianism, where political assassinations are picking up frequency once more. He described what he sees as a “nostalgia” for militarism; the intimidation of those who speak out against government, such as former Social Development official Zane Dangor; and the rise of “provincial goon squads”.

The SACP deputy secretary-general expressed support for the current protests against President Zuma’s leadership, saying a “broad patriotic front” was necessary. Though guarded in his language, Cronin appeared to be sceptical about the chances of a Zuma removal any time soon. When referring in passing to the ANC’s electoral conference, which is supposed to take place in December this year, Cronin added ominously: “if it happens”.

Western Cape Cosatu leader Tony Ehrenreich, meanwhile, admitted that the trade union federation had been “central to Zuma’s ascendancy” and that it had been “a mistake”. He, too, did not express much hope for the ANC self-regulating internally.

“We don’t know where the [ANC’s National Executive Committee] will come out on this matter but clearly there’s many who have been bought already,” Ehrehreich said. He added that Cosatu had heard that ANC figures were busy “buying up” the right to cast votes in December.

Yet despite stating firmly that Cosatu was opposed to the continued leadership of President Zuma, Ehrenreich said that the unions would not support the current wave of public protests.

“Cosatu won’t join because we think this is a squabble between thieves,” Ehrenreich said: thieves who benefited from apartheid on the one hand, and the thieves in current government leadership on the other. “None of them ever have concerns about what happens to the workers,” he said.

This approach was strongly criticised by the AIDC’s Noor Nieftagodien. “People who believe we shouldn’t march against Jacob Zuma are being sectarian,” he said. “They don’t understand the moment we are in.”

Nieftagodien also suggested that “more contrition” was necessary from both the SACP and Cosatu about the role they played in Zuma’s ascendancy.

Spokesperson for the Economic Freedom Fighters Mbuyiseni Ndlozi, however, had a more practical call to action for both Ehrenreich and Cronin.

“We are here to say: Jeremy [Cronin] and Cosatu, if you really mean these things you are saying: there is a Motion of No Confidence coming in Parliament against a kleptomaniac,” Ndlozi said. “You say you made a mistake in 2008… The test is in Parliament now. We are going to the Constitutional Court to get you a secret ballot.”

“I don’t want one,” Cronin interjected. Later, he elaborated: “I’m happy for my vote to be open.” Cronin said he did not believe that the approach to the Constitutional Court would succeed, but that the point might be moot anyway: “I’m not sure [Zuma] is going to be removed through a parliamentary vote, whether secret or not. And even if he is, he remains the president of the ANC.”

The only potential successor to Zuma mentioned by any of the speakers was current Deputy President Cyril Ramaphosa – but without great enthusiasm. Ehrenreich described Ramaphosa as a “better prospect” than Zuma. Nieftagodien countered that Cosatu’s endorsement of Ramaphosa was fundamentally wrong: “It’s not simply about tinkering with the top. The rot is very deep in the ANC,” he said. When Nieftagodien erroneously suggested that the SACP had also endorsed Ramaphosa, Cronin was quick to correct him: “We haven’t,” he said.

Ndlozi, meanwhile, had a succinct summary of the EFF’s view on Ramaphosa: “Cyril is a murderer, as you all know,” he said, in reference to Ramaphosa’s directorship of Lonmin at the time of the Marikana Massacre.

The speakers were in agreement that the ANC has strayed far from its commitment to leftwing principles and economic transformation, despite the president’s recent lip service to the concept.

Like all liberation movements, Ndlozi said, the ANC has “run its course”.

“It could only take us to securing the democratic state,” he said. “It has no capacity to take us beyond.”

Nieftagodien expressed a similar view: “The ANC cannot be renewed,” he said. But Ehrenreich reminded the audience that more than 50% of South African voters still pick the ANC in the polls. “When there was a split with Cope, people also said the ANC was dying,” he said.

Both Nieftagodien and Ndlozi issued a call for greater left-wing solidarity and unity. “We need a socialist left bloc,” Nieftagodien said, and he challenged Cosatu to “send messages of solidarity” to the new labour federation being launched later this week. Ehrenreich had earlier called for the building of “an alliance of workers on a non-partisan basis”.

With a great deal of consensus evident between all parties on fundamental issues – inequality; land; economic transformation; workers’ rights – it was possible at points to imagine a realignment of South African politics along ideological grounds, free from old alliances. The SACP and Cosatu were urged at several points to break away from their alliance with the ANC.

“What is required,” concluded Nieftagodien, “is the constitution of new left forces.” DM