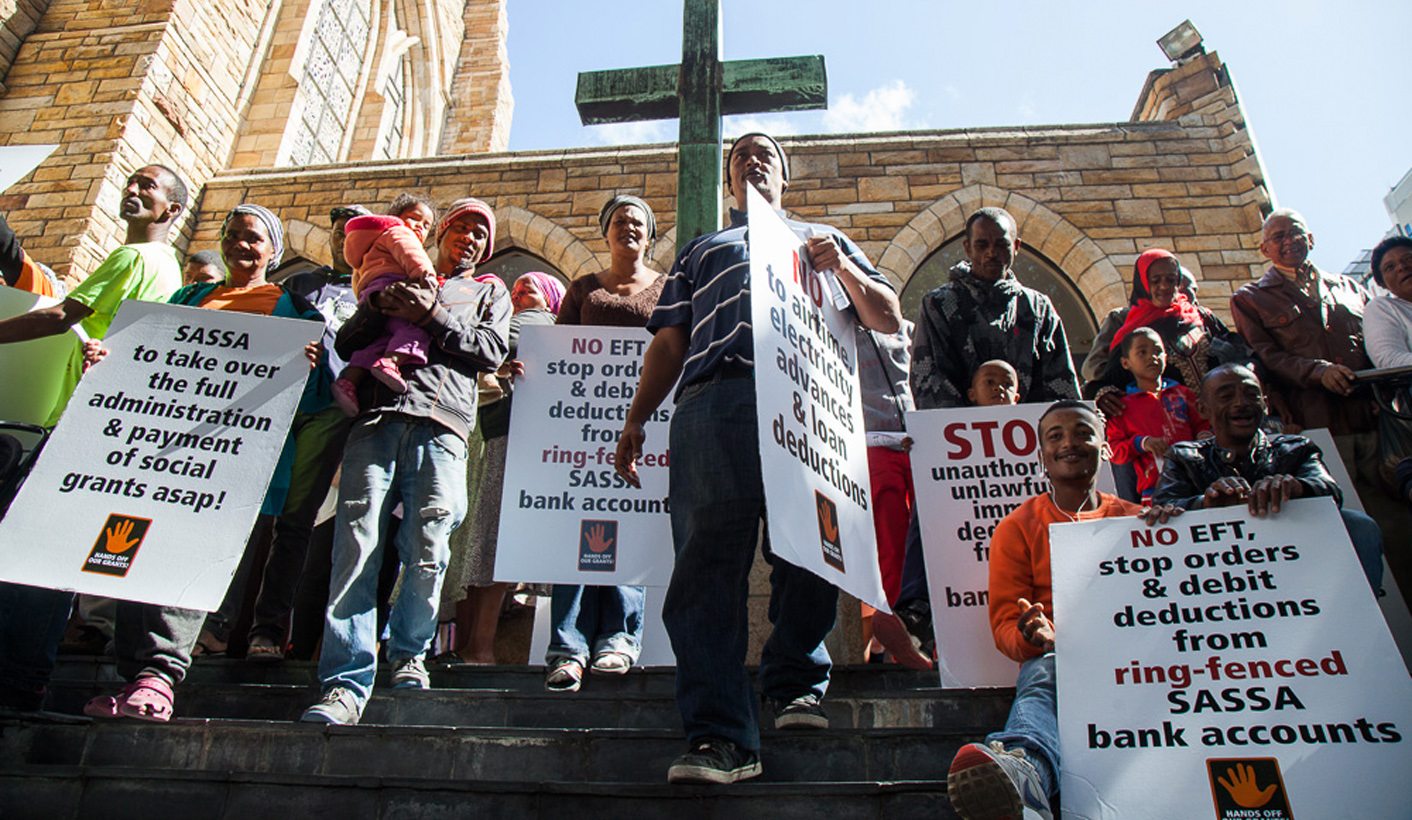 The investment company has been urged to consider pulling out of Net1. By Trevor Bohatch for GROUNDUP.

Equal Education (EE) says research done by investment group Allan Gray has confirmed some of the allegations against Net1, the company which pays social grants through its subsidiary Cash Paymaster Services.

In a statement released on Wednesday, EE said that its senior leadership had met Allan Gray executives on 13 April to discuss the company’s shareholding in Net1. Chief Investment Officer Andrew Lapping, Head of Group Retirement Annuities Saleem Sonday, and analyst Pieter Koornhof were present at the meeting.

Allan Gray had “confirmed much of what was alleged against Net1”, with respect to deductions from social grants, EE said.

They further informed EE that recent internal research conducted by Allan Gray has confirmed much of what was alleged against Net1. They reported trying to contact the CPS call centre 40 times under the pretext of querying deductions but never being able to reach someone who could assist.

The Black Sash has for years been running a “Hands off our Grants” campaign to put an end to illegal and unauthorised deductions from social grants. Net1 has been accused of sharing information given by beneficiaries to CPS with other companies in the group, including Smartlife, which offers insurance, and Moneyline, which offers loans. The company has denied these allegations.

Allan Gray, based in Cape Town, is the second largest shareholder in Net1, owning just over 17% of the firm, which is listed both on the Nasdaq in the US and on the JSE. (The World Bank is the largest shareholder, with a 19% stake.)

EE said it had called the meeting because EE staff members had retirement annuities that are managed by Allan Gray and because the families of members of EE had been affected by deductions from social grants.

“Both prior to and during the meeting, EE explained to Allan Gray the real impact that unlawful deductions had on our members’ families – many of whom were being forced to live on diminishing grants each month,” EE said. “We further detailed how staff members’ pensions were being invested in a company which was then unlawfully deducting sums from the families of EE staff – a financial gap that our staff were then required to fill.”

EE said that during the meeting, Allan Gray had acknowledged “past missteps” and promised to apply pressure on Net1 leadership to bring in independent members to its governing board.

Net1 announced its decision to revamp its board of directors with an independent chairman, Christopher Seabrooke, at its helm in a news release on 6 April. In the same release, it pledged to appoint at least one other independent director.

“We can support attempts at internal reform only to a point,” said EE. “If it is clear that suggested reforms are being disregarded or are ineffective, Allan Gray must immediately begin the process of disinvestment. We cannot accept Allan Gray remaining invested in a company profiting off the suffering of our families and communities.”

By the time of publishing, Net1 had not responded to GroundUp requests for comment. Allan Gray’s response came in shortly after publication and is included in full below.

“We will be keeping close watch over Allan Gray ensuring their promises to EE and its members are kept,” EE said.

GroundUp: Did Allan Gray admit it was a mistake in investing in Net1 in the first place?

Allan Gray: Allan Gray did not admit to making a mistake in investing in Net1 during the meeting with Equal Education (EE). The mistake we referred to was specifically our initial response to media and clients on the issue. With the benefit of hindsight, given the current allegations and its business model, we would prefer not to have invested in Net1. That said, as a shareholder we have some influence to hold Net1 accountable and this is what we remain committed to doing. Our meeting with EE was constructive with Allan Gray detailing steps we are taking to hold Net1 accountable. Refer to GrayIssue – Net1: Do the right thing (17 March 2017).

Allan Gray: Our research into the allegations on Net1 continues and the investigation is still in progress. We are gathering as much information as we can. This includes meeting with civil society groups, independent researchers, and third parties. We will use the information to continue to pressurise the Net1 board to do the right thing. We welcome the opportunity to share our findings and recommendations once we have finalised our research. For the time being our strategy on Net1 remains the same: continue to hold them to account.

GroundUp: Is Allan Gray pressuring the Net1 governing board to appoint independent board members?

Allan Gray: We continue to pressure Net1 to do the right thing. We are pleased that Net1 has already made some changes at the company, which includes the splitting of the CEO and Chairman roles. We are anticipating additional changes, which the company announced in a public statement earlier in April. Net1 has also agreed to improvements on its current contract with SASSA, such as to delete the ‘opt-in’ functionality. These are positive steps in the right direction.

GroundUp: Is Allan Gray willing to disinvest from Net1 should conditions above not be met?

Allan Gray: Yes we are willing to disinvest if Net1 doesn’t make the changes that we think are required. DM