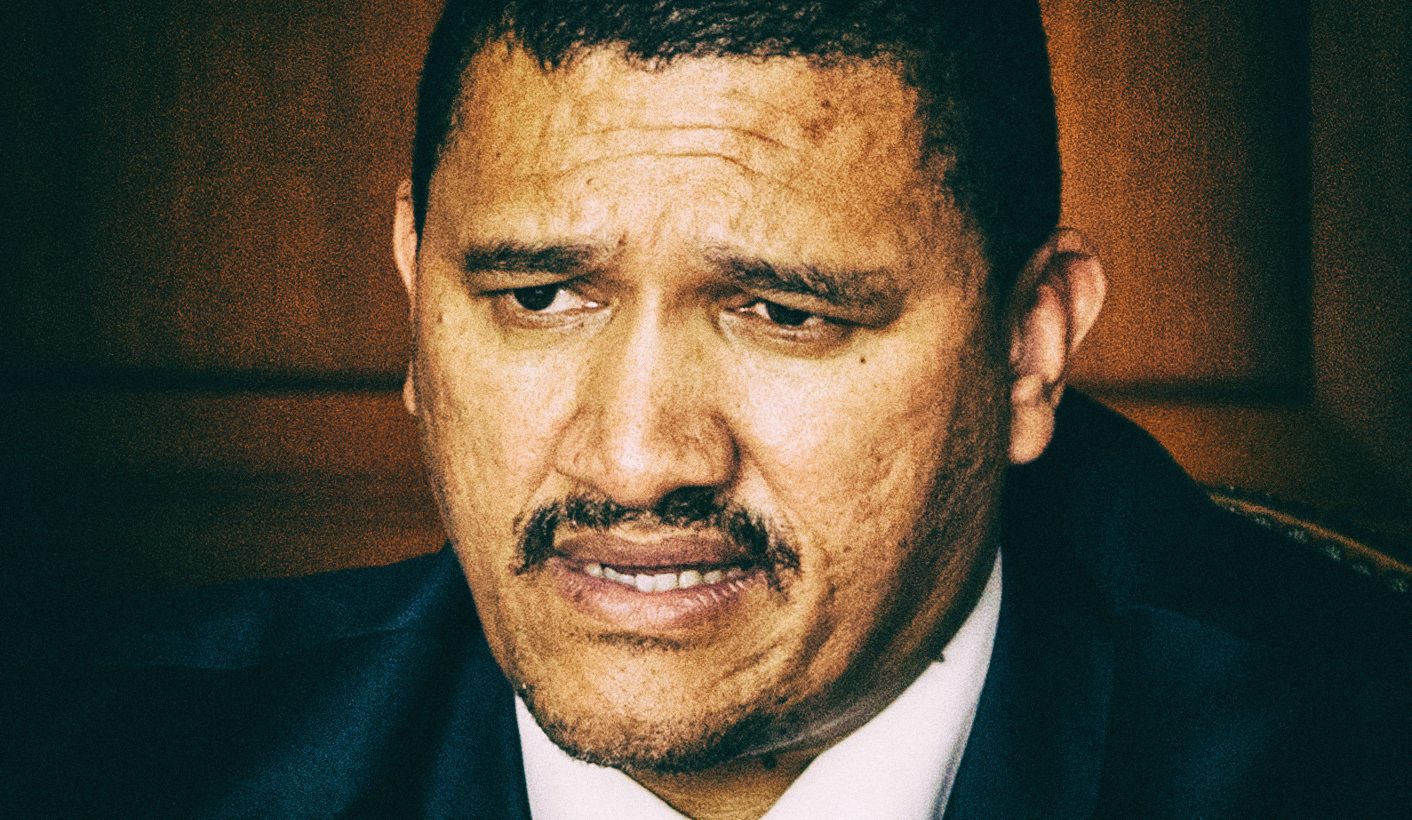 Former ANC WC chair, Marius Fransman, has been doing a bit of a Hlaudi ever since his suspension for five years from the party on charges of misconduct in November last year. Fransman has refused to go quietly and has still been signing off statements as the ANC Chair in the region as well as attending various meetings in that capacity. On Thursday the ANC’s National Disciplinary Committee laid the matter to rest, issuing a statement that Fransman is not a member of the ANC – over and out. By MARIANNE THAMM.

The ANC’s National Disciplinary Committee (NDC) has confirmed that Marius Fransman remains suspended and is not a member of the ANC, this after Fransman had failed to attend an NDC hearing that had been scheduled for Thursday.

In November 2016 Fransman was suspended from the party for five years after being found guilty by the ANC’s National Disciplinary Commission on two counts of misconduct – “abusing his office for the purpose of attempting to obtain a sexual favour from Louisa Wynand, and for making public statements which brought the ANC into disrepute”.

Radebe had informed Fransman that “the NDC provided cogent reasons for proceeding with the hearing in the absence of the applicant and for not considering the evidence of his witnesses” and added that the former ANC Western Cape leader’s refusal to attend the NDC hearing “detracted from his positive duty to cure the negative public perception about the ANC which he created” and that the NDCA was of the view that “preferring further charges of misconduct against the applicant will not cure the negative public perception about the ANC that has been created. In order to protect the image and the reputation of the ANC, the NDCA is of the view that the most equitable approach in the interest of the ANC would be for the matter to be referred by to the NDC with an appropriate directive”.

On Thursday acting NDC chairperson, Susan Shabangu, issued a statement saying that in opting not to attend the NDC hearing that had been scheduled for April 20, “Comrade Marius denied himself a second opportunity to present his case and prove his innocence which he protested publicly after the allegation of sexual assault became public knowledge in January 2016.”

She added that the NDC has further expressed “its disappointment that Comrade Marius, as a senior leader, misled the public a few weeks ago that he was cleared by the ANC National Disciplinary Committee of Appeals (NDCA) whereas in truth the Appeal Committee made the point in its finding that the referral back to the NDC was being done on a point of procedure to protect the integrity of the ANC; not because of any procedural irregularity committed by the NDC or on a point of law raised by the charged member”.

The NDC was satisfied that Fransman had been offered a further opportunity for procedural fairness but had elected not to utilise this “by not attending the scheduled hearing to present his evidence and that of his witness”.

Ultimately the NDC confirmed its previous decision that Fransman is guilty on two counts of misconduct and his membership of the ANC remains suspended for five years.

Fransman, who is a close ally of President Jacob Zuma, and was still signing himself off on April 12 as “Marius Fransman, ANCWC Chairperson”, congratulated the president on his birthday, writing that he wanted to take the opportunity “to wish President Jacob Zuma a revolutionary 75th birthday. In this trying times I want to wish you good health and abundant blessings over your life. Take comfort in knowing that this a beautiful season for any revolutionary, only a revolutionary will grasp that the road to real transformation is never easy, may the Lord spare you many more years for us to enjoy your wisdom and revolutionary spirit.”

Fransman, who has also warned Zuma not to trust the ANC’s Integrity Commission, was hoping to circumvent the NDC and have his matter heard by the NEC.

The disgraced leader spent the Easter weekend out on the stump attending church services, handing out Easter eggs and visiting communities. He has also spoken at events believing he is still the chair of the ANC in the Western Cape. In that sense he follows in the footsteps of several others who have simply chosen to ignore the rules, including Hawks head Mthandazo Ntlemeza and former SABC CEO Hlaudi Motsoeneng.

Fransman’s tenure as chair of the ANC in the Western Cape – the first of the metros that the ruling party lost to the DA – has been a divisive and controversial one. Fransman is known to be close to and has been photographed with alleged underworld figures. He is viewed as a highly factional figure and a bully who sought to build a power base in the province. He is also a slavish supporter of President Jacob Zuma and was no doubt hoping to remain in the party in the lead-up to the December 2017 elective conference.

Fransman’s unquestioning support of Zuma is in marked contrast to the region’s PEC which has called for a probe into Zuma’s Cabinet reshuffle, a special meeting of the NEC as well as the convening of the Integrity Commission to investigate President Zuma’s conduct.

Will Fransman defy the ANC and the decision of the NDC? So far he has not displayed any willingness to respect the decisions of the party. For now, however, he finds himself in a political cul-de-sac, without access to the patronage and power that has propped him up. DM