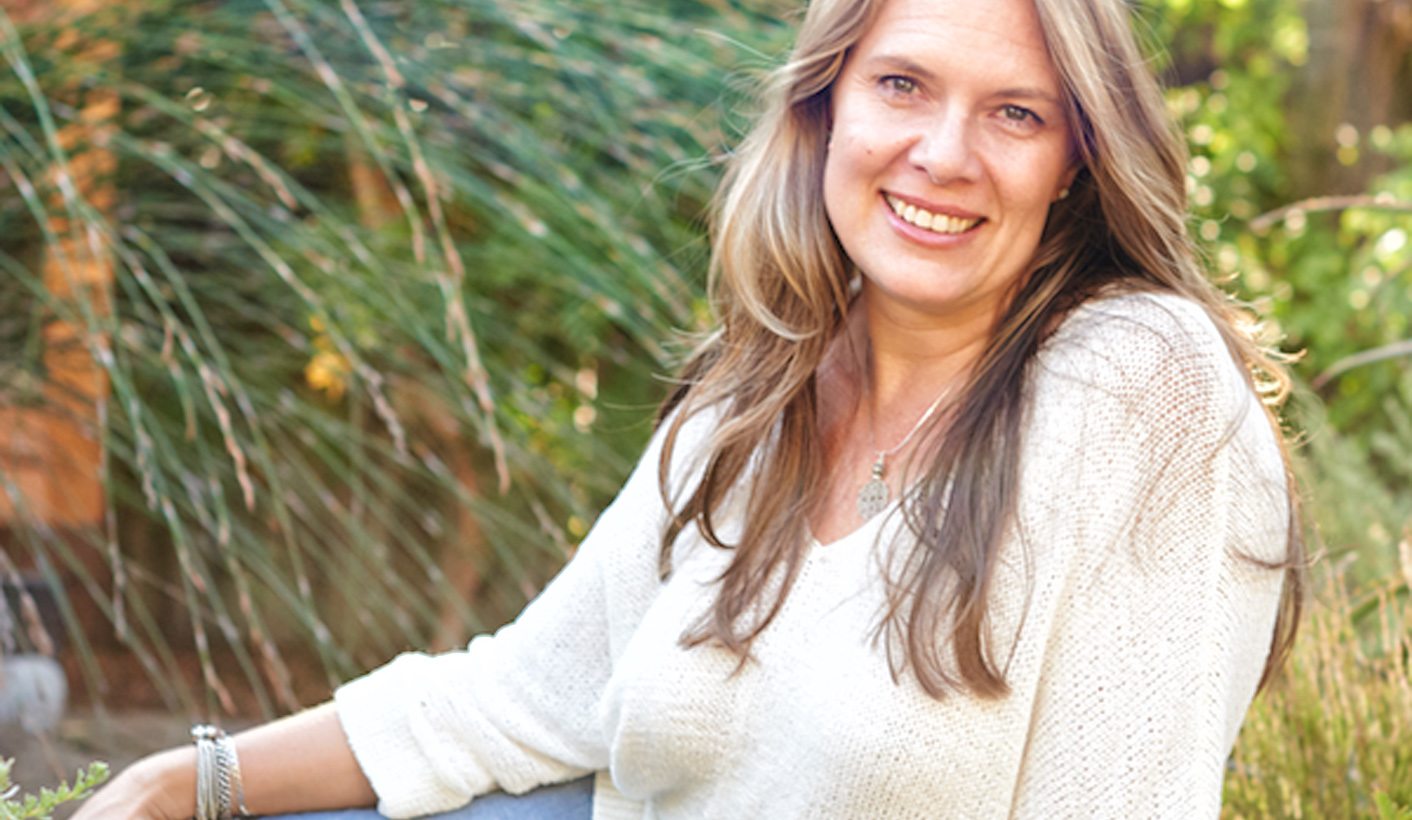 Author Jacqui L’Ange’s outstanding debut novel, The Seed Thief, is a gripping love story that bursts with spirituality, mythology and ecology – and a family secret. By JONATHAN ANCER.

The guest on the latest episode of AmaBookaBooka is a writer of books, films and sometimes ghosts. Jacqui L’Ange’s debut novel, The Seed Thief, was published in 2015. It’s about Maddy Bellani, who embarks on a seed quest to Brazil. The Seed Thief has been extremely well received and rightly so – it’s beautifully written, as author Gareth Crocker commented: L’ange doesn’t write, she hypnotises. In this episode of AmaBookaBooka Jacqui hypnotises listeners with an extract from her novel.

The Seed Thief has been shortlisted for the 2016 Etisalat Prize for Literature, and when you read it you will understand why: it ripples with flavours and colours. She is the only South African finalist and AmaBookaBooka will be holding thumbs, crossing fingers and doing whatever podcasts do for good luck when the winner is announced next month.

The Seed Thief is not only a beautifully told love story, it’s also a gripping environmental tale about bio-piracy and how some greedy entities have tried to exploit their power for money.

Meanwhile, Jacqui and operations manager David Bush had the coldest and the most southern wedding of 2016 after getting married in the Antarctic in December. The couple were on an expedition with icy-cold swimmer Lewis Pugh; L’Ange is writing about Pugh’s expedition.

In keeping with a green theme for this episode of AmaBookaBooka we also chat to Dharmisha Cvetkovic, who has written a children’s book called Geza & the Bee, which was inspired by the crisis surrounding the world’s rhinos and bees. “It is up to each one of us to ensure that we are not responsible for their disappearance from Earth,” explains Dharmisha.

Geza & the Bee is a gentle tale about conservation and consciousness and Dharmisha wrote it to inspire children to love and respect nature. Geza, a baby rhino, learns about the impact of his actions on the cycle of life as he tries to kill a bee. The story is shared in a humorous manner, and with wonderful illustrations.

In addition to reading another winner of All About Writing’s short story of the month challenge, and our world-famous Sound Effects Rorschach Test, the Book Lounge’s Mervyn Sloman reveals the first book he fell in love with and gives an update on events taking place at the Book Lounge. DM

AmaBookaBooka is a novel podcast about books and the people who write them. It is produced by Jonathan Ancer and Dan Dewes for the Daily Maverick and in partnership with the Book Lounge. You can subscribe to AmaBookaBooka on iTunes.