Analysis: The aggressively factional world according to...

Analysis: The aggressively factional world according to Nkosazana Dlamini-Zuma 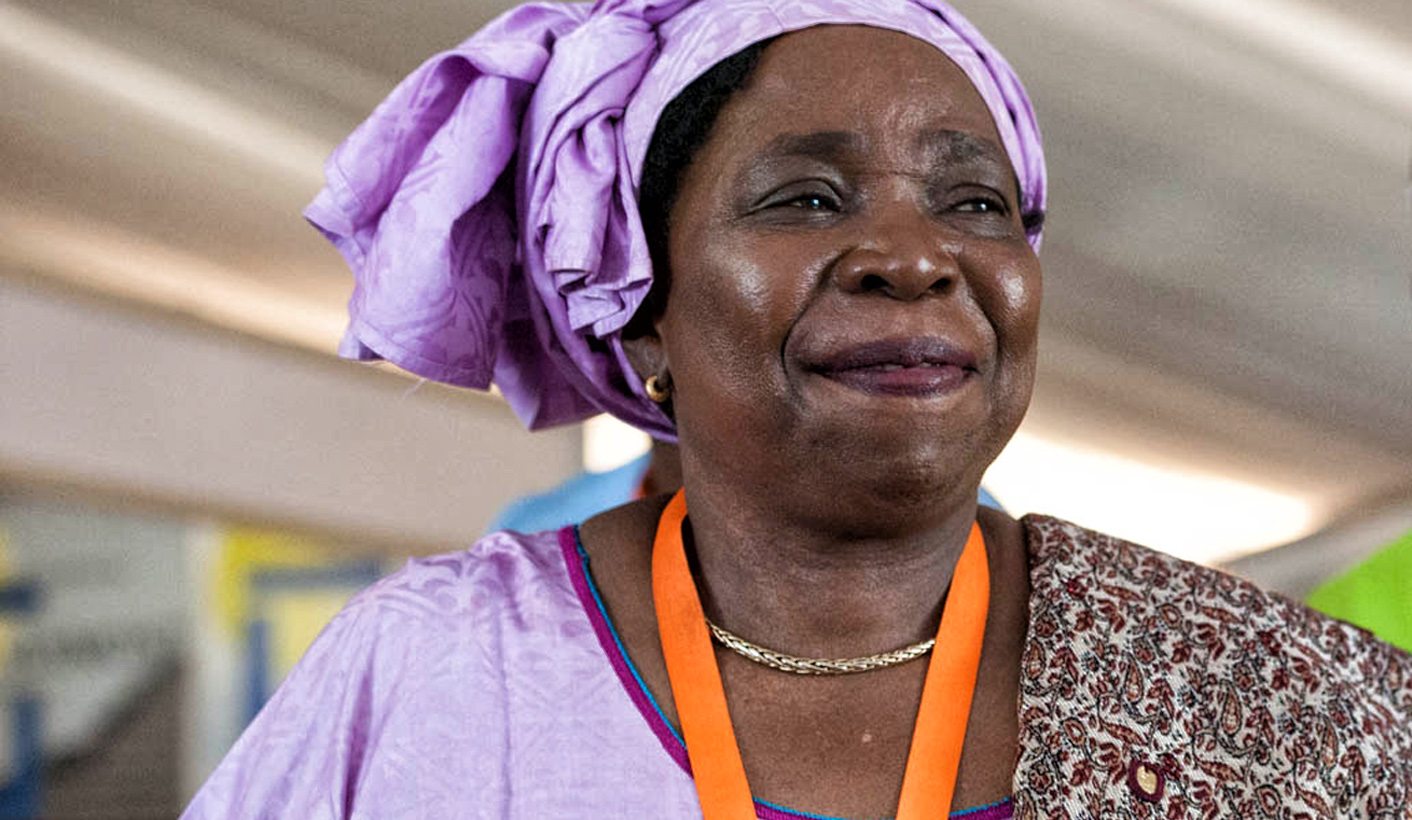 It is evidence of how odd are some aspects of our politics that the person everyone has been talking about as the possible next President has been, up until a couple of weeks ago, also one of the quietest people in our politics. For years, Nkosazana Dlamini-Zuma has been seen as the favourite for the position, and yet she has made very few public comments about our country, her own vision of the country’s future, or pretty much anything at all. And yet, since President Jacob Zuma shook the ANC’s fault-lines with his removal of Pravin Gordhan, she has suddenly started to pop up everywhere. And she is pushing factional politics, hard. By STEPHEN GROOTES.

In November 2016, less than six months in real time but a whole aeon ago in our politics, Nkosazana Dlamini-Zuma gave a speech at an event for the SA National Editors Forum. It was so boring that this writer nearly fell asleep in his soup. There was no content, nothing interesting, no political point.

On Thursday last week she was on fire, addressing an “ANC Cadres Forum” in the Free State. In front of Free State Premier (and Premier League member) Ace Magashule, and a group of faction faithful, she went on the offensive. In just one burst she claimed that children in Model C schools are “taught to hate the ANC, and taught that the ANC is corrupt, ANC is bad”. She said these schools needed to be transformed (she clearly hasn’t been to one lately). Then she said that banks had closed for the day of the marches on Friday 10 days ago, to allow their workers to join protests, which is simply not true.

And then, the core message of her faction: she went for the economy, and used the phrase that the newly-minted Finance Minister Malusi Gigaba tries so hard to avoid: “We want radical economic transformation.”

In just that group of messages, she has told us very much about herself, and her campaign. The first point to make is that she is prepared to lie. It is a very easy thing to check if banks gave their workers the day off (we know, we checked). And many people, potential voters, will know other people who work in banks. They will know it’s a lie. So why say it? And millions of people in this country will know, and be related to, children at Model C schools. Again, a lie that is easy to disprove.

Then there is the use of the phrase “radical economic transformation”. Of course she would use that phrase. It is the calling card, the rallying cry of the faction she wants to be the symbol of.

But she didn’t use it in November. So, why is it safe to do so now?

It is interesting to go back, further than to just November last year, to Dlamini-Zuma’s previous political incarnation. Before becoming chair of the African Union Commission, she was Minister of Home Affairs. And before that, she was Foreign Affairs Minister for Thabo Mbeki. And of course, before that, she was Health Minister under Nelson Mandela. At no time, during any of those political roles, did she talk about radical change, or use any of the phrases she uses now.

Why not? The answer is obvious. But here’s the point: It would not suit her then, and it does suit her now.

But there is a bigger political message behind this transformation. In the past, ANC elections (or, to be properly precise, the one ANC leadership election that took place in a democratic South Africa with two candidates who had a chance of winning), the battle was fought at the centre. Candidates almost deliberately hid their message, it was almost a contest in not offending anybody. When Zuma ran in 2007, it was only 10 days before Polokwane actually started that he said, “We need to declare a state of emergency on AIDS and crime.” It was the first time he revealed how different his policies would be to those of Mbeki.

The reason for this is that whichever candidate won, they had to be seen to be able to unify the ANC, to heal the possible divisions that would have been caused by the leadership battle. Dlamini-Zuma’s strategy seems to be the complete opposite: she is pushing as hard for her faction as she can. This suggests that she feels she has to, as there is no chance of her winning from a more centrist position. This is very significant, because it suggests they will take the fight to “the enemy” within the party.

Which, of course, will make it that much harder to put things back together after December.

In other words, if you were what we used to call a “moderate” ANC member, who believes in middle-of-the-road economic policy, there is a chance you will not vote for Dlamini-Zuma, and a strong chance you will not see her as a legitimate leader should she win.

The other point to make is that if someone pushes as hard as she is, they are going to make more enemies. The fight is going to get fierce, possibly excessively so. And she seems to be starting that fight almost deliberately. This is an indication of how high the stakes are here. But it is also an indication of how the ANC could look after December. Broken, perhaps even bowed.

Dlamini-Zuma is a slightly interesting person for the candidate of President in the first place. She has a municipality named after her (with a website that can only be described as “untransformed”, it features only white people on the landing page. And yes, it is in KwaZulu-Natal), and, recently, started a YouTube channel and launched her own website, Nkosazana.com. All evidence of a deliberate campaign. And, in itself, a new phenomenon in the ANC.

One thing that is very much a repeat of history is the use of a VIP Protection brigade. Zuma himself, in the period after he was removed as Deputy President, until he became leader of the ANC, also had VIP guards assigned to him. Back then, we were told that anyone could get this level of protection, if the Minister of Police (or Safety and Security, as it was then) believed the threat assessment justified it. Exactly the same thing is happening now.

But one of the other reasons this is such a strange campaign is the issue of gender. It may seem odd to bring this up in the 21st century, but the other day an ANC outsider asked me a simple question. “If there are no female leaders of ANC provinces now, do we really think the same people who won’t elect a woman to be a provincial leader are going to elect a woman to be the President?”

It should be an irrelevant question. But it is still worth pondering, and will give the conspiracy theorists who are convinced she is just a front for Zuma himself plenty of fodder.

There is much still to happen between now and December. It is probably impossible to predict who will win. But Dlamini-Zuma is trying to build momentum, whereas just a few months ago it seemed to be Cyril Ramaphosa who was creating a head of steam. However, what is becoming clearer is that whichever candidate takes over the ANC, they will be taking over an organisation that is very badly damaged. DM