Right of Reply: Zille’s contempt and lies on Tafelber...

Right of Reply: Zille’s contempt and lies on Tafelberg a threat to democracy 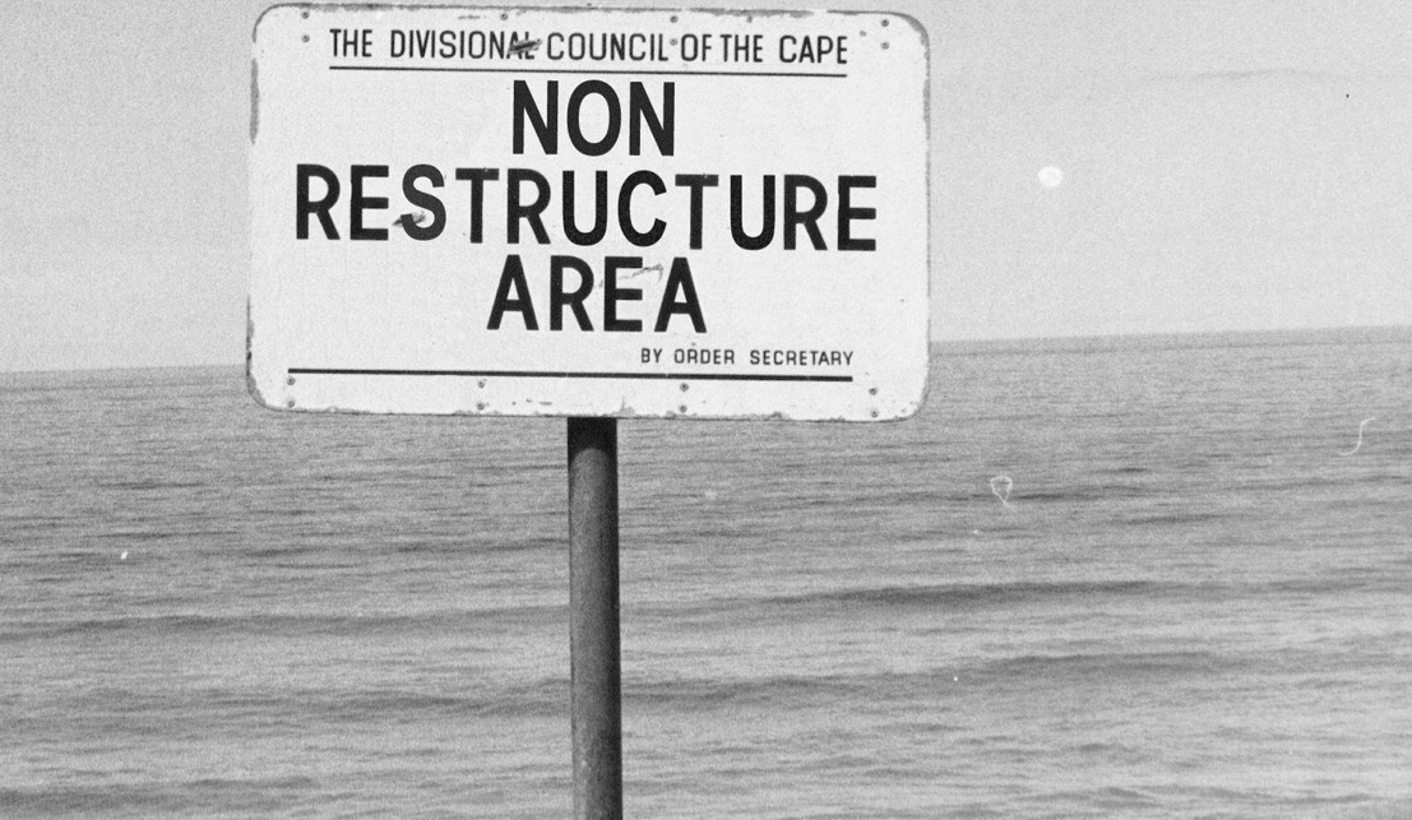 Western Cape Premier Helen Zille’s decision to sell the Tafelberg site in Sea Point is a scandal from which she should not be allowed to recover. The lies she proffered to justify the sale are bad enough. But, her contempt for the experiences of black and coloured people demanding an end to segregation in Cape Town exposes a deeper concern: the narrow vested interests which capture our public land and the absence of participatory democracy under her tenure as a leader in our city and province. By RECLAIM THE CITY.

In selling Tafelberg to the highest bidder Western Cape Premier Helen Zille has attempted to pull off a heist at the eleventh hour. This week, in her From the Inside column she sought to defend the decision on technical grounds.

Important as it was for Reclaim the City to produce a watertight technical case for affordable housing on Tafelberg, the decision before the Provincial Cabinet was never about those technicalities alone. These were secondary to an appeal that colonial and apartheid segregation be redressed in Cape Town.

Zille is so out of touch that she does not recognise that Tafelberg has come to symbolise the vested interests that corrupt our state and maintains white people’s near exclusive access to well-located land and housing in our city. The campaign for Tafelberg is a call for all suitable public land to be used to decolonise and desegregate the city, to redress the past and build the just and equitable society our Constitution requires.

“I can’t stay here. Forever in a store room,” wrote Johanna van Heerden, of Bantry Bay, in her appeal for Zille to stop the sale. Hundreds of testimonies of struggle, eviction, homelessness, displacement, exclusion, isolation and families ripped apart were addressed to her to honour Province’s calls for public participation. That process opened old wounds of apartheid-era forced removals and those of more recent evictions. It also gave a platform for people to believe in an inclusive city.

Zille was invited, but never once attended meetings where these working class activists shared their painful and personal stories. Their voices are ignored in the Tafelberg decision and her smug response on Monday.

Province’s lies that housing is financially unfeasible on Tafelberg pales in comparison with Zille’s dismissal of the experiences of poor black and coloured residents in this city. This is a disgrace from which she should not be allowed to recover.

In fact, we know now that Cabinet never intended to resile from the sale. The public participation process was a drawn-out farce. Two weeks before Cabinet had even had time to fully consider the evidence submitted during that process, Human Settlements MEC Bonginkosi Madikizela came out on CapeTalk and his Facebook page to attack the viability of housing on the site. Zille’s spokesperson Michael Mpofu pre-prepared a sprawling statement defending the sale, a draft of which was distributed for comment within DA structures and provincial government days before the Cabinet meeting. All that was left for Cabinet to do was to rubber stamp foregone justifications for the decision to sell.

Exhausting as fact-checking Zille’s government can be, Reclaim the City has been diligent in this effort. For the record, we can demonstrate today that all three of Cabinet’s justifications for the sale are false. Zille lied to the country.

Cabinet claimed that in “the current fiscal crisis in which the government finds itself, and following the slashing of Provincial Budgets, National Treasury [has] directed provinces to use their assets to raise revenue”.

The proceeds from Tafelberg, Cabinet admitted, were destined to prop up the billion rand Dorp Street mega-project – a joint venture with the private developers of insignificant value to the people of the Western Cape and bereft with wasteful expenditure.

That Treasury had given instructions to this effect sounded somewhat unlikely, so we checked. We quoted Cabinet in a query to Treasury. This was the response:

“(We) have confirmed… that the National Treasury has not issued any specific instructions or directives for fiscal ‘austerity’, for specific asset sales, or for the allocation of the proceeds of any land disposals to any specific projects. The current programme of fiscal consolidation seeks to protect both basic service delivery and support investments that can accelerate inclusive urban growth.”

In short, the statement that National Treasury instructed Province to strip well-located public land for cash is an outright lie. Asset disposal law is also clear: public land cannot be declared surplus and sold when it is still needed for service delivery.

Zille said that Tafelberg is not in an urban restructuring zone

This argument has been publicly debunked before today. Recent front pages of both the Cape Times and Weekend Argus outed Zille’s administration as a rogue at odds with the City of Cape Town and the National Department of Human Settlements on the boundaries of the “CBD and surrounds” restructuring zone.

In fact, the City, who declares the zone boundaries, confirmed to GroundUp that it has always interpreted the “CBD and surrounds” restructuring zone to include Sea Point. It confirmed it would build social housing on Tafelberg if Province had sold the site to the City.

National Human Settlements Director General Mbulelo Tshangana, whose department controls the grant allocation which Province claimed it could not access, also confirmed that Sea Point fell within his Department’s interpretation of the  “CBD and surrounds” restructuring zone.

In short, Province’s claim that it cannot access the funding for social housing on Tafelberg because of a restructuring zone technicality is false. Two phone calls, to the City and National governments respectively, could have clarified this.

In assessing the viability of affordable housing development on Tafelberg, the National Association of Social Housing Organisations (NASHO) and a host of development sector experts ran the numbers and demonstrated feasibility. They submitted comprehensive reports for Zille and Cabinet to consider (see reports here and here, as examples).

For the public participation process to pass muster, Cabinet must demonstrate that it reasonably considered all the evidence placed before it. Yet, Cabinet deployed the restructuring zone defence as a tactic to avoid engaging any of these studies. When Zille penned her column for Monday, the restructuring zone argument had already been publicly debunked. She reverted back to an argument that “the financial modelling indicates that there is not enough land to meet the requirements of affordability and viability” for social housing on Tafelberg. She provides no evidence to back-up this claim and we would argue that none was provided for Cabinet’s consideration.

Zille’s opinion on this cannot hold up against some of the most experienced social housing, development and planning experts in South Africa and internationally. A government that fails to rebut a solid case, or present a reasonable alternative, should capitulate. This has not happened. In an era of post-truth politics, a global shift towards authoritarianism and contempt for democratic participation in state decision-making, Province’s sale of Tafelberg on spurious grounds was perhaps predictable.

Where Zille wilfully ignored the hundreds of personal and technical objections to the sale and the visionary alternatives, one submission was heard: that of the Phyllis Jowell Jewish Day School. Cabinet admits that it was the PJJDS, the purchaser of Tafelberg, who seeks to secure the land for narrow, white, private and privileged interests, which informed its now debunked justification that the site fell outside of a restructuring zone.

That this spurious voice had a monopoly during the public participation on Cabinet’s decision is perhaps fitting. Narrow private interests have long informed the Zille administration’s view of urban regeneration in Cape Town and how the management and disposal of our public land fits into that project. Recall that her current adviser on the Better Living Model Gary Fisher, a real estate mogul who wears the mask of a civil servant, was in control of the Province property portfolio when the Tafelberg sale was engineered. Recall that it was he who quashed the broad consensus in 2012, from the City, social housing institutions and within Zille’s own government, that Tafelberg be reserved for affordable housing. Recall that amaBhungane exposed him for having a R90-million conflict of interest in Province forging ahead with the sale. Zille has yet to investigate.

Where vested interests and capture of our public assets flourish, the space for ordinary people to participate, influence decisions and hold their elected officials to account narrows. Where participatory democracy fails, despondency, civil disobedience and violence sets in.

The courts can stop the sale of  Tafelberg, but  to avert the civil war deferred in 1994, we  must end the power of property and White privilege so that  our city  can  be pried back from the vested interests which work to perpetually exclude black and coloured people.  For that we are prepared to take to the streets – to disrupt, occupy and resist.

As for Zille, it is time for her to step aside because she cannot lead this struggle. DM