ISS Today: Can South Africa risk going back into CAR? 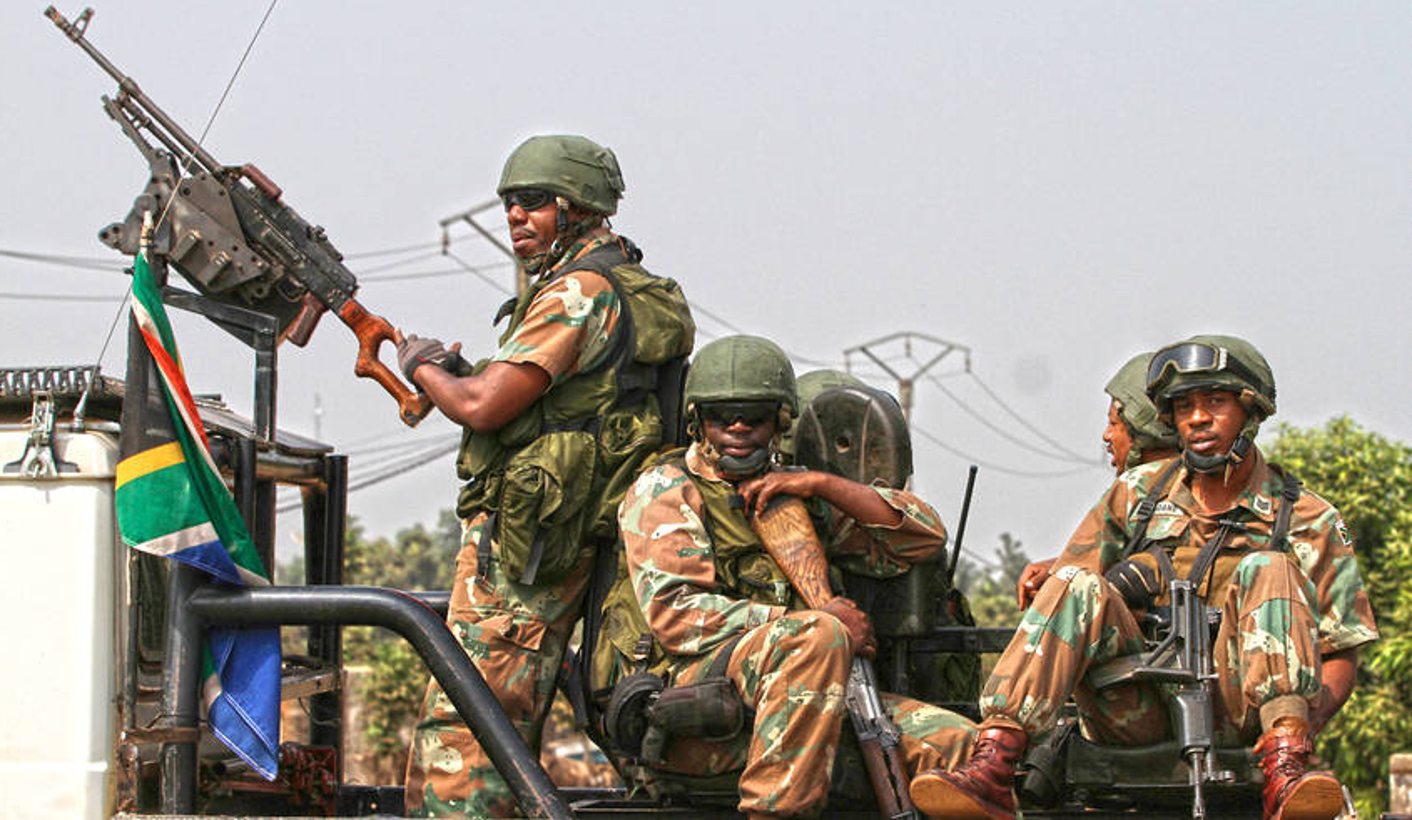 The wheel turns full circle as SA mulls another mission to train the Central African Republic’s army. By Peter Fabricius for ISS TODAY

On an official visit to South Africa last week, Central African Republic (CAR) President Faustin-Archange Touadéra promised his counterpart Jacob Zuma that his country would build a monument to honour 15 South African soldiers at the place on the outskirts of the capital Bangui where they were killed by Seleka rebels four years ago.

Touadéra expressed his condolences to Zuma for the deaths of the soldiers and thanked him for the support South Africa had given CAR during its crisis in 2013. South African defence minister Nosiviwe Mapisa-Nqakula told the national broadcaster SABC that her government would help the families of the fallen soldiers to visit the monument in Bangui to pay respects to their loves ones.

But four years later, it’s still not generally clear why those 15 brave soldiers died. What exactly were they doing there in the first place? In January 2013 Zuma had sent an understrength force of about 225 troops to reinforce the handful of soldiers who had been in CAR since 2006 – ostensibly training the presidential guard of former president, François Bozizé. The reinforcements could only slow the huge advance of Seleka, which toppled Bozizé a few hours later.

The mainly-Muslim Seleka then made matters worse, imposing a bloody reign of terror, which provoked an equally bloody retaliation from a Christian militia group anti-Balaka.

But violence continues and the ex-Seleka and ex-anti-Balaka, although in different guises, are still terrorising the wretched central Africans and threatening to topple Touadéra’s very fragile government.

And so part of Touadéra’s mission to Pretoria was to seek South Africa’s help in strengthening his state against these forces of chaos, both directly and indirectly. He sought the government’s help in encouraging investment, mainly in sorely-need infrastructure, transport, mining and construction. He also sought assistance in improving the technical capacity of the CAR public service, including diplomats, the police and – especially – the army.

Most of this would be easy for South Africa which is eager to invest in CAR and several South African companies have already been approached by CAR to do so. South Africa has also established a tradition of providing civil service training to post-conflict countries, like South Sudan (although with mixed results) and so Zuma readily agreed to provide most of the help Touadéra sought, an official said.

The South African government is also well-disposed to a request from Touadéra for help in launching a major, countrywide reconciliation process to consolidate the country’s fragile peace. Pretoria appreciates Touadéra’s efforts so far to establish an inclusive and diverse government but says he needs to go further by embracing the rest of society, including the churches, in a wider reconciliation effort.

Important decisions remain to be taken, perhaps most critically, the usual post-conflict dilemma of how to get the balance right between amnesty and justice. Both inside CAR and among the various elements of the international community, the debate continues to rage. And there are reported divisions within Touadéra’s inner circle about whether the exiled Bozizé should be allowed to return to play a role in politics.

Pretoria stands ready to dispatch its experts to share their experience of the reconciliation process in South Africa, as they have already done many times in other post-conflict countries.

But, officials say, the one request of Touadéra which Zuma is still “applying his mind to” is that for help in training up an army.

Pretoria is mindful that establishing a professional, national army is probably Touadéra’s highest priority. The government’s monopoly of the use of legitimate force hardly extends to the city limits of the capital, let alone into the hinterland where various predatory forces – including illegal miners and the remnants of the Lord’s Resistance Army, not just the Seleka and anti-Balaka offshoots – hold sway.

The ex-Seleka and anti-Balaka militias remain the main problem though. They are supposed to be submitting to disarmament, demobilisation and reintegration, as laid down in an agreement reached in Angola in December. But they are reportedly still holding their many guns to Touadéra’s head, making unrealistic demands for high positions in the national army and the cabinet, before they make peace.

Mediation efforts by Angola – and even the African Union (AU), according to the journal Africa Confidential – and pleas to Chadian President Idriss Deby, to use his purported influence over Seleka to persuade them to stop fighting, have so far not born fruit.

The South African official said that in any case, these ragtag killers were the last people Touadéra needed to incorporate if he intended to create a professional, neutral army to extend legitimate order over the whole country. ‘He already has the manpower, he just needs the training,’ one said. He praised the European Union for its help in training 200 CAR soldiers for this army but added that the pace was too slow as a total of 8,000 soldiers was needed and so more training was required.

Mapisa-Nqakula, though, told the SABC during Touadéra’s visit quite categorically that South Africa would definitely not be sending troops to CAR again. A senior official nonetheless told ISS Today, that “we might consider lending a hand.” He explained the apparent contradiction with what Mapisa-Nqakula had said by insisting that if South Africa did provide training, it would take place outside CAR. “Certainly we have no plans to send troops soon into CAR, in any capacity,” he underscored.

Pretoria is clearly still painfully conscious of how that seemingly-innocent training intervention of 2006 morphed almost imperceptibly into the fatal firefight of March 2013.

But if South Africa is wary of stepping back into CAR in whatever form, others remain sceptical too. Stephanie Wolters, Head of the Peace and Security Research Programme at Pretoria’s Institute for Security Studies, suggests that we should be rather circumspect about Pretoria’s re-entry, “given the history between South Africa and CAR of exchanging business interests for government resources.”

She also cautions that “rebuilding CAR is not something that is going to happen overnight. The country is really the original failed state and we have been down this road before.” DM

Peter Fabricius is an ISS consultant