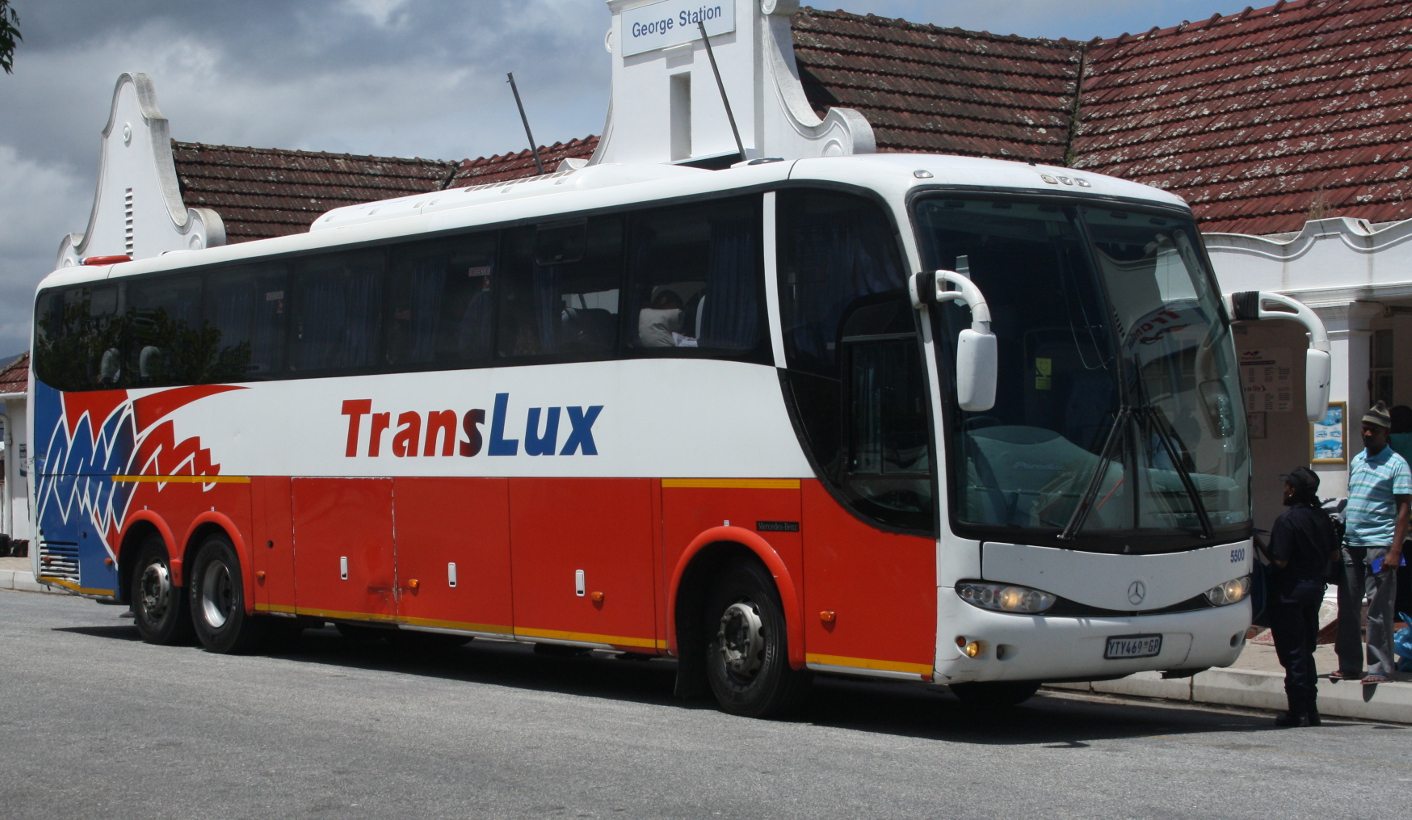 Passengers remained stranded on Thursday and feared for their Easter weekend plans as the strike in the bus sector entered a second day. There’s hope, however, with the intervention of Labour Minister Mildred Oliphant. By GREG NICOLSON & BHEKI C SIMELANE

A security guard from Advanced Detachment Security watched the impact of the bus strike at Johannesburg’s Park Station. “Most people are coming to the ticket offices for refunds … It’s a little chaotic,” said the officer, who did not want to be named, on Thursday.

The strike affecting 18 bus companies moved into its second day with unions and employer associations still at loggerheads. According to Stats SA, over 18 percent of households that use public transport rely on buses, and the strike has caused confusion and chaos ahead of the Easter weekend. Putco has cancelled all 682 buses booked for the Zion Christian Church’s Moira pilgrimage. Queues of passengers have been lining up for refunds at long-distance bus companies like Greyhound and Autopax, which runs Translux and City to City. As passengers look for alternatives, such as taxis, there is also an increased safety risk.

The five unions on strike have declined the latest offer from employer associations, the Commuter Bus Employers Association (Cobea) and SA Bus Employers Association (Sabea), leaving the future of negotiations uncertain. They have been in discussions since January with the South African Road Passenger Bargaining Council, and later through the Commission for Conciliation, Arbitration and Mediation (CCMA). The differences in proposed pay increases are now slim, with unions lowering their demand to 10 percent and employers offering nine percent, but the dispute over working conditions is likely to delay a resolution.

The strike has caused distress for commuters. “I’m going to Cape Town,” said Malawian Gift Gazembe, 23, who was due to leave Joburg on Thursday. “I was supposed to take a 1PM bus. Unfortunately I have just confirmed that it’s already full. They said it’s the only bus to Cape Town. I don’t know what to do now. I think I’ll go and see if I can catch a lift from trucks going that way”.

The labour minister might negotiate a way forward in her meeting with stakeholders at 10am on Friday. Oliphant’s spokesperson, Ishmael Mnisi said the department does not usually intervene in labour disputes but to avoid “prolonged inconvenience” needs to get parties around the table urgently.

On Wednesday, Cobea and Sobea offered a 9 percent increase, overtime at 1.5 times the normal rate after a 16 hour shift, and allowance increases for night shift of 10 percent, and a 10 percent increase on the cross-border allowance. “As Numsa we reject this offer with the contempt it deserves. The fact that Employers are not willing to offer a double digit increase, and are unwilling to pay the co-driver for his or her services when they are not driving is simply a disgrace,” said Numsa’s acting spokesperson Phakamile Hlubi.

Numsa said the industry treats workers like “slave labour” and “animals” and Satawu said the offer was rejected because employers “would not commit to improving working conditions in the industry”. The “spread over” and “double driver” systems are painful points for unions hoping to change the industry.

“Spread over” is when bus drivers might have a three hour morning shift to cover the peak hours, break for eight hours, and then have an hour afternoon shift. Unions want the total time, from the start of a working day to end, to reduce from 16 to 12 hours (the bargaining agreement appears to say 14 hours), claiming the larger gap in between a daily shift means workers have to spend more time travelling between home and work, reducing family time and time for rest. The “double driver” issue relates to long-haul trips, when multiple drivers must take turns on the wheel. Unions believe each should be paid for their total time on the road while employers only want to pay them for the time they spend at the wheel. The issue is currently in court.

Daily Maverick wasn’t able to reach employer associations on Thursday, but Cobea and Sabea spokesperson Meko Nadiea has been quoted as saying they cannot afford double-digit demands. “We can’t make sense of it,” he said on demands to improve conditions. “They have the best working conditions.”

Zweli Mugengo works as a driver for Golden Arrow in Cape Town. He said he makes R11,000 a month, which is above the reported average for the industry, but, he said, with a family of six he needs to fight for a decent raise. The issue of “spread over” isn’t a problem for him, but he knows other drivers who have to travel between home and work, within a working day, and don’t get time to rest.

“We are workers at Golden Arrow, it affects us very personally,” he said on the impact of the “no work, no pay” strike on passengers. Mugengo said they should blame managers, who have gotten wealthy off communities.

Luke Langer, 25, from Pietermaritzburg wasn’t sure whether his bus would arrive at Park Station on Thursday. “We bought tickets last week Saturday, and on Tuesday they sent us SMSes stating that there might be delays. They have just told me that our bus has been delayed but is on its way. I am worried as I don’t know what we will do if the bus does not turn up because we can’t go back to Durban, it’s far. We have a cousin here in Johannesburg but we did not plan around that.”

The taxi industry will likely benefit from the strike, but there are concerns it could be overburdened and safety could be compromised. Chairperson of the portfolio committee on transport, Dikeledi Magadzi said passengers have been burdened “in proportions not witnessed before”. “The taxi industry, long and short-distance, will be under a lot of pressure. Hence drivers should exercise caution and at all times stick to the rules of no overloading and no speeding,” she said.

Cosatu spokesperson Sizwe Pamla said: “This strike will put a strain on the transport system during this busy weekend and if not resolved, we are likely to see an increase in road fatalities.” DM

Protesters outside Parliament demand an end to cuts, more education spend and no bailout for SAA – Did Mboweni listen?

Charging change in safety with technology