AmaBookaBooka: From activist to author to seeker of hidden skeletons (Podcast) 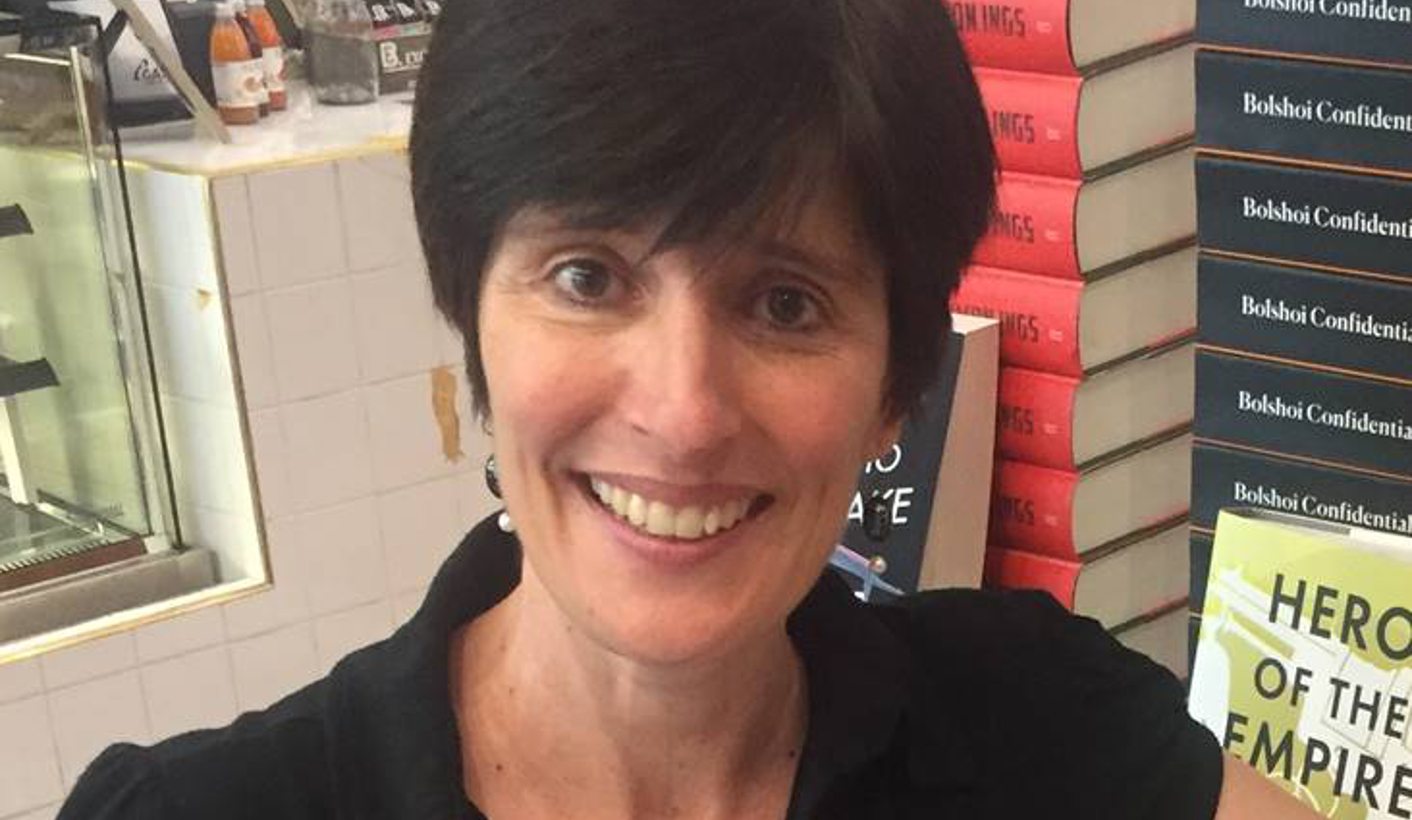 The author featured in today’s episode of AmaBookaBooka is Christa Kuljian, whose new book Darwin’s Hunch joins 26 other excellent South African works of non-fiction on the longlist for the prestigious Sunday Times Alan Paton Award. Christa tells AmaBookaBooka about her journey to writing – from mid-career shift to Ruth First Lecture in 2010 to publishing Sanctuary in 2013 and now Darwin’s Hunch. By JONATHAN ANCER.

Christa Kuljian has Armenian ancestry, was born and grew up in Boston and now lives in Johannesburg – but when she moved to South Africa in the early 1990s she was actually just coming home … you see, in 1871, Charles Darwin had a hunch that humans had evolved in Africa.

Christa spent the first part of her career working in NGOs, helping to deepen democracy and promote justice and reconciliation. Christa had a mid-career shift. In 2010, she delivered the Ruth First lecture about the crisis of migration and xenophobia at the Central Methodist Church in downtown Johannesburg. This led to her first book, Sanctuary: How an Inner-city Church Spilled onto a Sidewalk.

Her latest book, Darwin’s Hunch: Science, Race and the Search for Human Origins, took her off the sidewalk and into dusty archives. Darwin’s Hunch, which raises critical questions about our past, is a coming together of Christa’s keen sense of justice, her science background, her love of telling great stories, and her sharp writing skills.

Christa reads an extract from the book that tells the story of how “A43” – who was in fact a woman called /Keri-/Keri – came into anthropologist Raymond Dart’s collection. The story reveals how human beings were treated as specimens. Christa documents her search of /Keri-/Keri’s skeleton – and finds a damaged body cast hidden between cupboards and a wall at Wits University. She found a photograph of /Keri-/Keri, but her skeleton is still missing.

While Christa doesn’t believe “science must fall” she says it’s important to revisit the work and practises of scientists and how we need to address issues around race and science.

Before we subjected Christa to the Sound Effects Rorschach Test we asked her the meanest question we’ve ever asked an AmaBookaBooka guest: say “Australopithecus Africanus” 10 times really fast. Listen to Christa tackle this tongue twister.

In addition to the All About Writing short story of the month challenge, the Book Lounge’s Mervyn Sloman recommends books to help readers escape Cabinet reshuffles, junk status and the world gone mad … even if it’s just for a few hours. DM

AmaBookaBooka is a novel podcast about books and the people who write them. It is produced by Jonathan Ancer and Dan Dewes for the Daily Maverick and in partnership with the Book Lounge. You can subscribe to AmaBookaBooka on iTunes (it’s free).