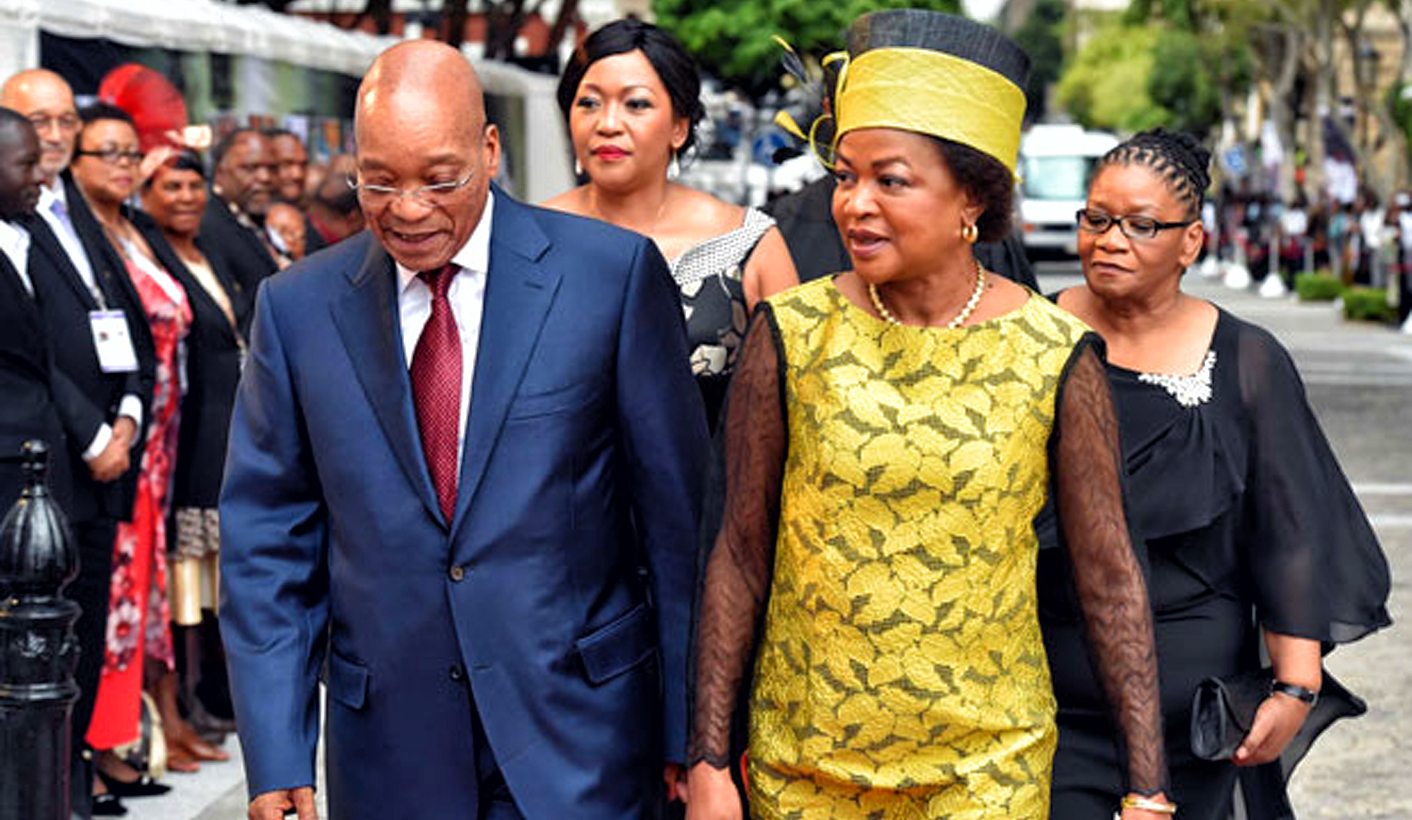 To secret ballot or not to secret ballot? In the high-stakes political machinations around the opposition’s motion of no confidence in President Jacob Zuma, that is the question. A secret ballot would shield ANC MPs wanting to express their dissatisfaction with the current state of the party and presidential reshuffle by voting for the motion that would remove Zuma and his executive from office, if successful in Parliament. But the ANC has closed ranks following last week’s national working committee (NWC), giving its MPs their marching orders to vote against. On Tuesday opposition parties called for a postponement of the no confidence debate, currently scheduled for April 18, until after the Constitutional Court has dealt with the secret ballot matter. By MARIANNE MERTEN.

In the parliamentary politicking, a motion of no confidence is highly political. For the ANC’s dominant faction that held sway last week it would make political sense to use its numbers – 249 of the 400 National Assembly seats, not counting the resignations of Mcebisi Jonas, Dipuo Peters and Tina Joemat-Pettersson – to push ahead with the debate on April 18, defeat the third motion of no confidence in Zuma in a year, and move on.

Having closed ranks last week, on Tuesday ANC Chief Whip Jackson Mthembu indicated that ANC MPs were bound by the NWC decision, saying their vote was not free.

“All of us there in Parliament are there because of the ANC… Therefore our vote cannot be free. We are not free agents,” he told eNCA.

Even a united opposition – 10 of the 12 parties on the opposition benches indicated their support – falls short, by at least 56 votes. The six National Freedom Party MPs and the one Pan-Africanist Congress MP are set to oppose, or at least abstain, in the vote.

But a secret ballot would throw a spanner in the works. Disgruntled MPs of the self-proclaimed leader of society, the ANC, could vote freely without facing blow-back from their party. Voting against the party line could lead to disciplinary hearings that might result in expulsion from the party, one of the ways an MP could lose his or her job alongside death, resignation and a jail term of more than a year without the option of a fine.

If a motion of no confidence succeeds on the basis of a simple majority of 201 of the 400 members of the National Assembly, according to Section 102(2) of the Constitution, the president, the Cabinet and deputy ministers must resign. The Speaker then becomes acting president until a new head of state is elected by the National Assembly.

Following the approach to the Constitutional Court by the United Democratic Movement (UDM), the court on Tuesday issued directives for the various parties to file their papers, for the UDM to reply by April 19 and for everyone to file any other documents by April 21. It’s the clearest indication yet that the court is interested in hearing the arguments.

On Tuesday the UDM, DA and EFF called on National Assembly Speaker Baleka Mbete, who is also ANC national chairperson, to postpone the sitting of April 18. “We got a political success on round one. The Constitutional Court is saying it looks like we need to hear this,” said Holomisa, adding that the party may still go to court to interdict that sitting if it is not delayed.

Said DA leader Mmusi Maimane: “It is important to allow the Constitutional Court the time to determine whether the motion can be conducted by secret ballot, as we believe that this would materially affect the outcome of the vote itself.”

But it appears Parliament has taken a different stance. In a statement it indicated that the Constitutional Court had issued “no injunction” against the sitting on April 18. This comes as Mbete has maintained there was no provision for a secret ballot in either Section 102 of the Constitution, which allows motions of no confidence, or in the rules of the National Assembly.

“Acceding to the request of the UDM would have been unconstitutional, as she (Mbete) does not enjoy such powers in the Constitution,” according to a statement issued by Parliament on Tuesday. “This is the position the Speaker will advance when the matter is scheduled in the Constitutional Court. This, however, does not suggest opposition to the principle of a secret ballot on motions of this nature.”

(In his column, Pierre de Vos contradicts the claim about Mbete’s powers, saying: The Speaker has claimed that she does not have the discretion to order a secret ballot. This claim is either deliberately misleading or the result of a lack of intellectual inquisitiveness on the part of the Speaker. – Ed)

Even if the Constitutional Court first decides to hear full arguments, and makes a ruling, it is unlikely to be prescriptive on Parliament.

It’s not the first time rules of the National Assembly, or lack thereof, have gone to court. However, judges, even when they found the rules unconstitutional and invalid, consistently told Parliament to get its house in order itself. This in line with Section 57 of the Constitution, that Parliament must determine its own internal arrangements.

But Parliament is also a highly political space, where the ANC as the majority party has often relied on its numbers to get its way. When the committee reviewing the rules some two years ago came to one on a secret ballot, the ANC MPs rejected this outright. While there is now a rule on motions of no confidence – the outcome of court action from 2013 by then DA parliamentary leader Lindiwe Mazibuko – the rules review has yet to decide on one for impeachment, envisaged under Section 89 of the Constitution for a serious violation of the Constitution or the law, misconduct or inability to perform the functions of office.

The issue of a secret ballot in a motion of no confidence comes in the wake of last Friday’s nationwide public protests against Zuma and calls by ANC alliance partners the South African Communist Party (SACP) and trade union federation Cosatu, and ANC veterans for Zuma to resign or be recalled. As opposition parties march to the Union Buildings on Wednesday, the ANC is hosting Zuma’s 75th birthday celebrations at Kliptown, where the Freedom Charter was adopted.

Amid this, two former presidents have called on ANC MPs to remember their oath of office, and vote with their conscience. Former president Kgalema Motlanthe last week said it was not misconduct to vote against Zuma: “Those people are not hirelings of the ANC. They are public representatives… They can’t be treated the same way as you treat an ANC branch.”

On Tuesday, former president Thabo Mbeki echoed this, saying MPs were elected by citizens. “It is therefore obvious and logical that Members of Parliament, each elected to this position by the people as a whole, and never by individual political parties, including their own, must act in Parliament as the voice of the people, not the voice of the political parties to which they might belong,” he wrote. “This poses the question all Parliamentary parties must answer – is this what the electorate expects of its elected representatives?”

The legal arguments around a secret ballot, and even the motion of no confidence, may seem obtuse. They are not. They are a reflection of the contestation of Parliament in South Africa’s public life – and how rules, laws, practices and those put in charge can be used as tools for self-interested political leverage. Or not. DM