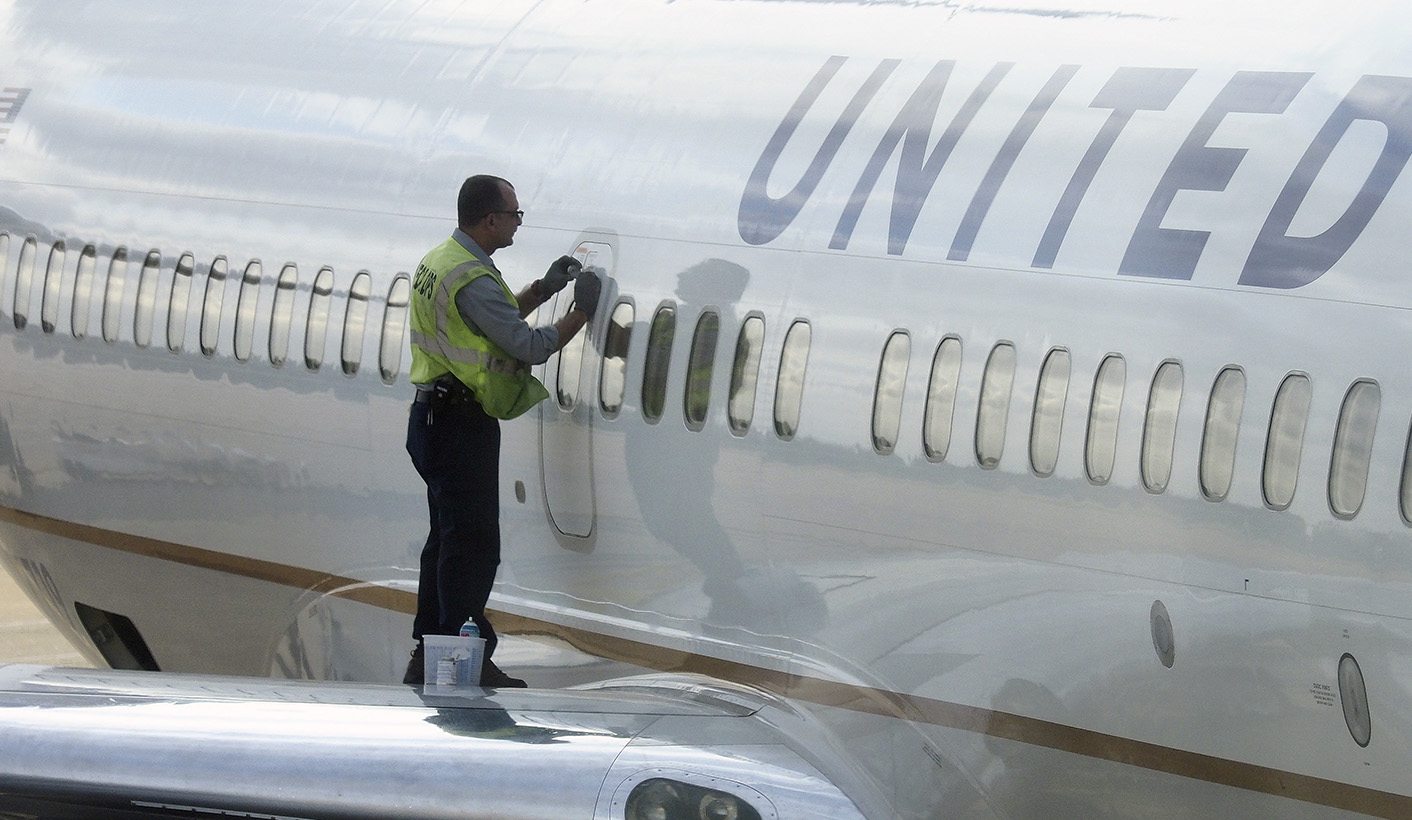 United Airlines found itself in the middle of a social media storm on Monday, after the US carrier forcibly removed a passenger from a flight due to overbooking. By NOVA SAFO

The airline said it had asked for volunteers to give up their seats on the flight, and police were called after one passenger refused to leave the plane.

The man started to scream as he is dragged off while other passengers looked on — some recording the event with their phones.

One passenger can be heard yelling, “Oh my God, look at what you did to him!”

The Chicago Department of Aviation said Monday evening in a statement that the incident “was not in accordance with our standard operating procedure and the actions of the aviation security officer are obviously not condoned by the Department.”

“That officer has been placed on leave effective today pending a thorough review of the situation,” the statement said.

It was another example of bad press and negative social media coverage for United, after an incident in late March when two teenage girls were prevented from boarding a flight in Denver because they were wearing leggings.

The airline defended its action, saying the girls were flying on passes that required them to abide by a dress code in return for free or discounted travel.

In Sunday’s incident, United told US media that it had asked for volunteers to leave the overbooked plane.

“One customer refused to leave the aircraft voluntarily and law enforcement was asked to come to the gate,” United spokesman Charlie Hobart was quoted by the Chicago Tribune newspaper as saying.

The airline did not return AFP’s request for comment.

“This is an upsetting event to all of us,” Munoz said, adding that the airline was conducting a “detailed review of what happened.”

“We are also reaching out to this passenger to talk directly to him and further address and resolve this situation,” he said.

Tyler Bridges, who posted video of Sunday’s incident on Twitter, wrote: “not a good way to treat a Doctor trying to get to work because they overbooked.”

He described passenger reaction on the plane as “disturbed.”

“Kids were crying,” he said.

Bridges also wrote that the man appeared bloodied after his encounter with law enforcement and posted video showing him later running back on the plane, repeatedly saying, “I have to go home.”

The man appeared to be pacing and disoriented.

US airlines are allowed to involuntarily bump passengers off overbooked flights, with compensation, if enough volunteers cannot be found, according to the US Department of Transportation. DM