Op-Ed: Away from Rising and Falling, we need a new grammar to define SA’s future 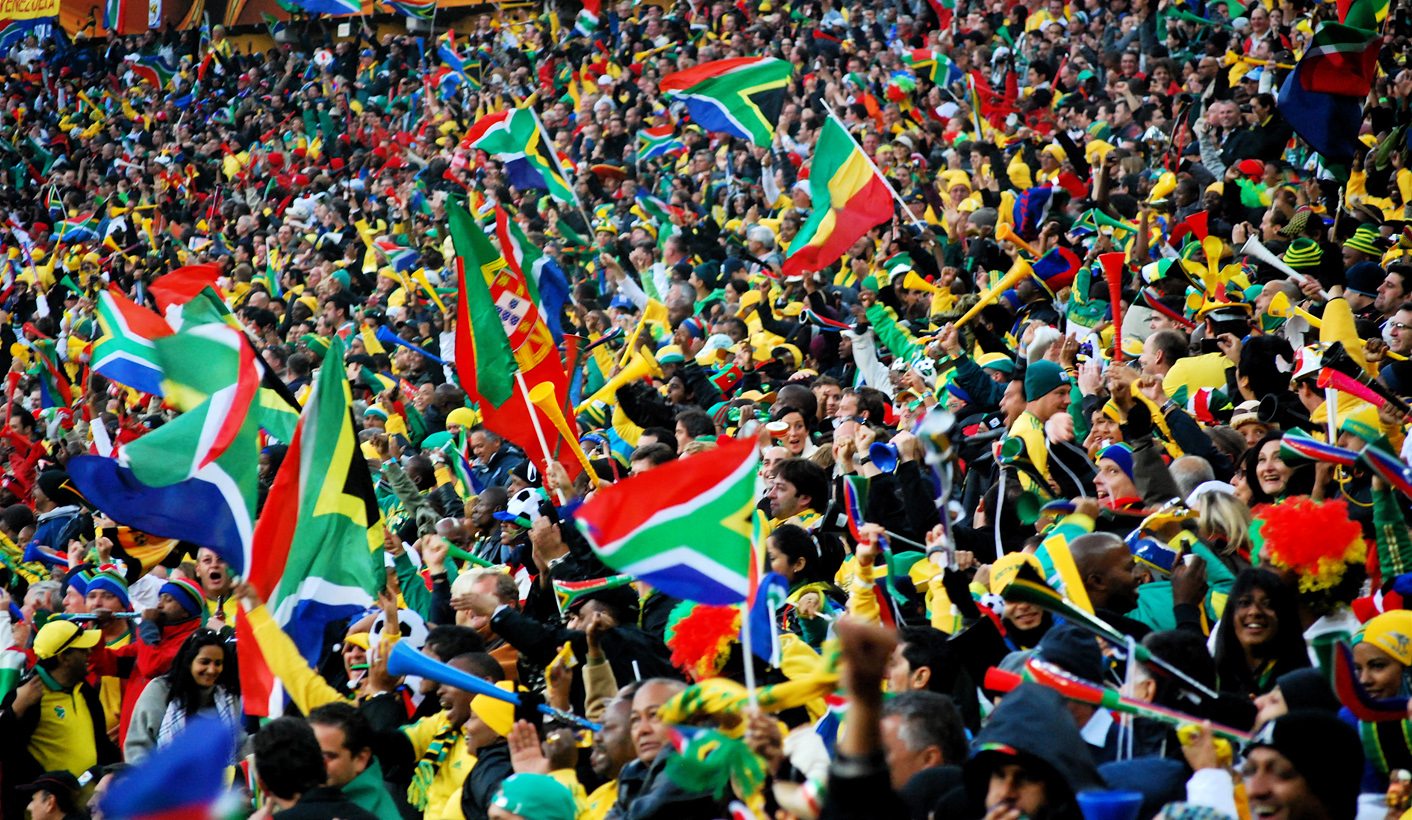 Much of the discourse of civil society in South Africa — whether it’s related to the cost and curriculums of higher education, the current political crisis we find ourselves in or whatever else one feels we must change — is oriented to a vertical axis that describes the rise and fall of society. We need to find a new grammar to describe the predicaments of today. By DAVID REIERSGORD.

In the aftermath of President Jacob Zuma’s surprising midnight Cabinet shuffle at the end of March, which saw Pravin Gordhan recalled as finance minister, along with his deputy minister Mcebisi Jonas — while the likes of the compromised musketeers Brian Molefe, Bathabile Dlamini and Faith Muthambi retain their ministerial authority — many have reverted to this familiar axis to describe the state of the nation.

During nationwide protests on Friday last week aimed at fostering a sense of collective outrage at Zuma, both sides of this axis were readily visible. On the one hand, protesters in support of the broader Save South Africa campaign and other civil society organisations held placards declaring, among other clichés: “South Africa must rise”.

On the other hand, the Economic Freedom Fighters (EFF), who’ve spearheaded much of the resistance to the failing political machinery of the African National Congress (ANC) and asinine politics of Zuma, framed their engagement in the protests through hashtags aligned with the broader concept of “fallism”, declaring: #ZumaMustFall and #ZuptaMustFall.

Moreover, consider for a moment popular non-fiction titles that line the shelves of bookstores. There is Justice Malala’s We Have Now Begun Our Descent; Richard Pithouse’s Writing the Decline; and Songezo Zibi’s Raising the Bar. The popularity of these books, along with the pervasiveness of “fallism” and the need for the country to “rise”, suggests a wider acceptance of a vertical axis as a method for assessing South Africa’s democracy.

As of late, amid political instability, credit-rating downgrades, social grant funding and the haunting memory of the Esidimeni tragedy, it’s certainly tempting to think as if we’re aboard the Rainbow Nation, a rudder-less, sinking ship we find ourselves on more than 20 years into South Africa’s young democracy.

However, while the concept of falling, and thus rising, captures some of the modes in which South Africa has developed since the national transformation of the mid-1990s, this vertical axis mischaracterises the current political crisis by treating democracy as a commodity.

Similar to when Nhlanhla Nene was surreptitiously sacked as finance minister at the end of 2015, causing the rand instantly to shed much of its value, South African democracy has once again become a precious commodity, with its value determined by one’s ability to participate in civil society.

If South Africa is falling, who is falling with it? Alternatively, if South Africa was rising, who was rising with it? Furthermore, if South Africa must rise again, who must it rise with? These are questions we must be asking ourselves, and each other. The fact remains that when the country rises, it doesn’t do so equally; and when the country falls, it doesn’t do so equally. We need to be find a new grammar to describe the predicaments of today.

I wonder about the sustainability of this grammar to describe an alternative trajectory for the future. I find it problematic in two ways. First, the dynamics of rising and falling seem to only be able to imagine short-term solutions to what are otherwise deeply embedded issues. If Zuma were to fall, the political foundation of the ANC remains, which is still cracked, and even crumbling in some ways. After the fall of the ANC, a political vacuum could emerge in which opposition parties seek to rise in its place, rather than work towards building a better South Africa.

For instance, consider the platform of the EFF, the political premise of which is underpinned by the fall of Zuma and the ANC. Is the Marxist rhetoric and approach of the EFF, which is intoxicating for some, especially young and disenfranchised people, conducive to rising? The crisis in Venezuela, for instance, demonstrates the myopia of Leftist ideology, and the national coma it would probably induce for South Africa.

The moments after the fall – the days, weeks, months and certainly years – bring me to the second issue I have with the grammar of rising or falling. What is to rise? Why do we look for something to rise when something falls? Can we think up other ways of imagining society?

While the fall of Zuma or, more broadly, the ANC, is an important part of the discourse of civil society in South Africa, the instability of this grammar will continue to greatly affect the day-to-day reality for the most vulnerable in society: black South Africans in townships and rural communities. Rising and falling reproduces the same unequal structures in different ways, and those who are unable to fully participate in a democratic South Africa remain excluded. The impulsive need to have something rise is the problem.

What the recent protests and collective action against Zuma and the ANC reveals is that when the brand of South African democracy — as the internationally beloved Rainbow Nation of Nelson Mandela — sheds some of its inflated value, a great many people who would otherwise not be aroused to act for lack of service delivery, the crisis facing higher education and the tragedy of Marikana to name just a few issues, stand up and shout: “South Africa must rise”. In this way, democracy is a commodity. The value of this commodity is determined by those who can most flexibly participate in it —typically white, middle- and upper-class people.

If we believe in a better future and society for all, then we need to start interrogating the grammar we use to envision this future and society. In a highly unequal society such as South Africa, where the words we use to describe ourselves, others and society as a whole matter a great deal, we cannot continue to expect different results when the grammar of rising and falling seems likely only to perpetuate the problems we are facing today. DM

David Reiersgord is the EDP Programme and AIFS Assistant Director at Stellenbosch University.