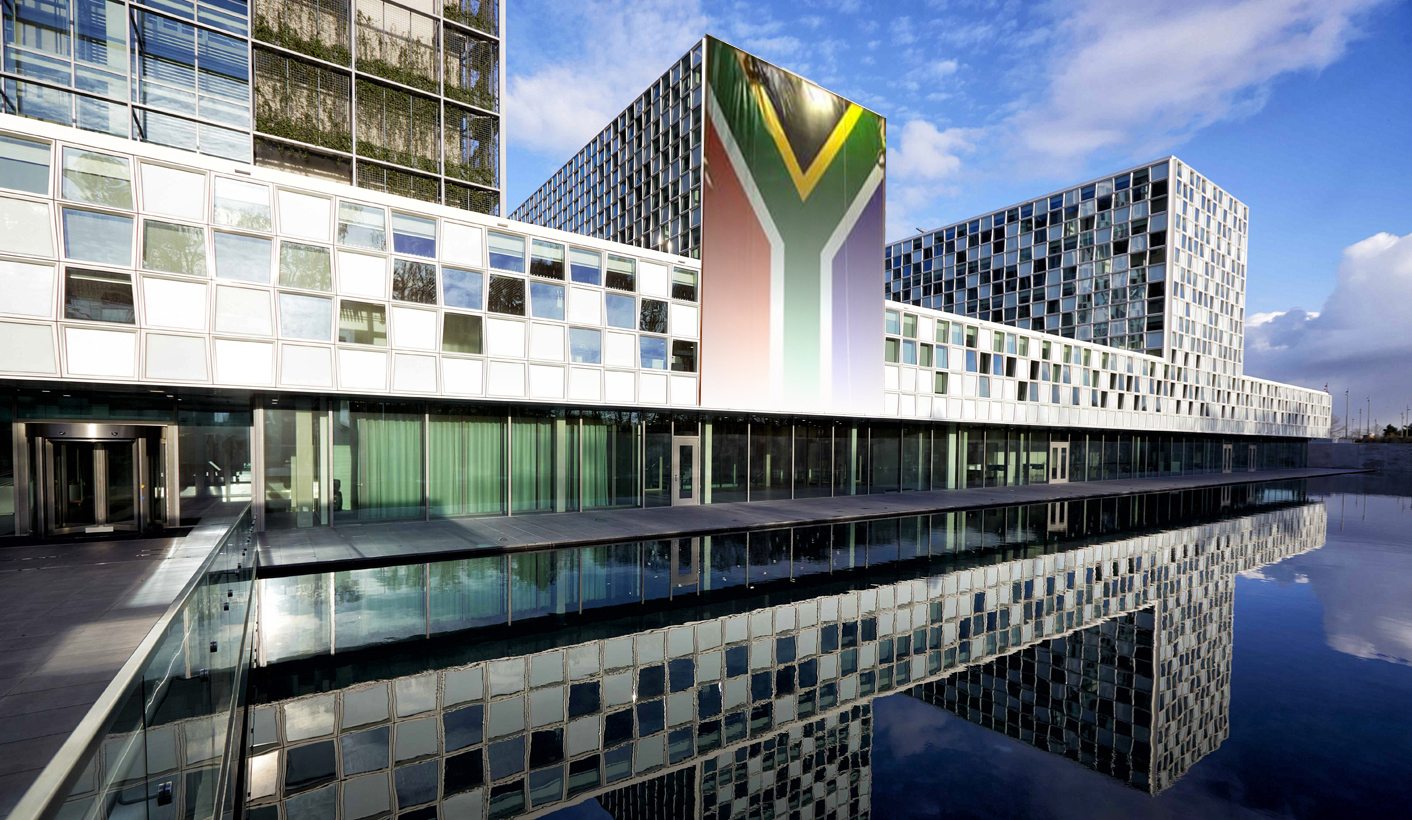 Looking for any upsides to the current political turmoil in South Africa? One could be that South Africa’s plans to withdraw from the International Criminal Court has fallen off government’s immediate to-do list. Instead the country has taken part in constructive engagement at The Hague recently. By CARIEN DU PLESSIS.

If South Africa had really wanted to tell the International Criminal Court to go to hell, it would probably not have bothered to show up at this hearing to determine whether government had failed its obligations by not arresting Sudanese president Omar al-Bashir.

South Africa would certainly not have sent a team of five legal representatives to make its case, and Dire Tladi (advisor to the minister of international relations) and Sandra de Wet (chief state law adviser) would not have bothered to come armed with a properly structured defence.

“There is and was no duty on South Africa to arrest Mr al-Bashir,” Tladi argued. He based his points on an interpretation of Security Council Resolution 1593 that referred the Sudan case to the ICC. This resolution, he said, was only explicit about the duty and obligations of Sudan in relation to the case on the conflict in its Darfur region, in which al-Bashir has been charged with genocide and crimes against humanity.

Tladi also took issue with the way the consultations took place with South Africa on 12 June 2015, the day before al-Bashir arrived to attend the African Union summit in Johannesburg.

He said it took on a “quasi-judicial” form while the approach should have been diplomatic. There was no clarity on triggering these consultations in the relevant article 97 in the Rome Statute, he said.

For that reason, Tladi told presiding judge Cuno Tarfusser, South Africa’s case should not be referred to the United Nations Security Council or the Assembly of State Parties to the Rome Statute.

ICC prosecutor Julian Nicholls, however, hit back that South Africa failed to comply with the law to arrest al-Bashir simply because it did not agree with the law.

Ambassador Bruce Koloane, who, incidentally, was sent to the Netherlands as ambassador after he name-dropped Number One in the Guptagate Waterkloof plane saga in 2013 in an interview on the sidelines said South Africa came to the court to “honour our legal obligations because we’re still signatories to the Rome Statute, and we have obligations to adhere to, which is exactly what we have done. Our aim was to really try to talk to views about what we perceive as being the challenges and issues affecting co-operation, which is a critical component of the court, and therefore we were actually glad that we were given an opportunity to present our case”.

Eleven similar other cases of states party to the Rome Statute not arresting al-Bashir on visits have previously been referred to the UN Security Council after judicial findings, but South Africa was the first to go to a hearing.

Thing is, however, there have been no real consequences as yet for any of the states that have not complied, said Monica Feltz, executive director of the International Justice Project, which represents some of al-Bashir’s victims.

“It’s procedural paperwork to check the box, nothing happens. It’s a proverbial wrist slap so in effect, really no consequence,” she said.

Her group wants sanctions, possibly economic, to be imposed on South Africa as punishment.

So again that question: why did South Africa bother to go through the motions of the hearing if it intends to withdraw?

Koloane said this matter “won’t be seen as a South Africa-only focus matter”. South Africa wanted to point out flaws in article 97, and also raise the “conflicting opinions expressed by everyone” on article 98.

“It warranted a discussion be held for the benefit of our state parties,” he said. For example, al-Bashir recently visited Jordan and he wasn’t arrested because he was there for the Arab League summit, under circumstances similar to the 2015 AU summit.

Koloane said South Africa had to help clarify some issues “for the success of this court”.

“It would have to be tabled in Parliament for a discussion, and I’m not sure with all the other issues and pressures going on at home, that it is a priority in the bigger scheme of things,” he said.

He had a point. On the day of the hearing the South African news and politics agenda was over-run with countrywide marches against President Jacob Zuma.

Justice minister Michael Masutha was ill, while Faith Muthambi, who is acting in his place, was needed at the Judicial Service Commission’s interviews of new judges.

The matter is likely to come up again at the ANC’s national policy conference in June, but the tone of the latest discussion document on the ICC is far more restrained than the 2015 national general council document, which triggered what seemed like a knee-jerk withdrawal. Then the party attacked the ICC as “arrogant”, and, still simmering from the al-Bashir debacle weeks before, said the ICC diverted from its mandate and allowed itself to be influenced by powerful non-member states.

“We perceive it as tending to act as a proxy instrument for these states, which see no need to subject them to its discipline, to persecute African leaders and effect regime change on the continent. It is being used as a court against Africa,” the document raged.

The latest document is far more subdued, and makes no mention of withdrawal, not even of the African Union summit’s motion in January to encourage member states to withdraw from the ICC – something which South Africa lobbied for, together with Kenya.

There were many reservations in the AU about this, with influential countries like Nigeria and Senegal arguing for changes from within instead.

In withdrawing from the ICC, South Africa would have joined a club that includes constitutionally-challenged Burundi and former Gambian dictator Yaya Jammeh (The Gambia has reversed its withdrawal since his ousting last year). Perhaps this contributed to a reality check of some sorts.

Darfurian journalist Khalid Abdallah, who left Sudan for The Netherlands five years ago when it became too dangerous to do his job there, said at Friday’s hearing he was disappointed as he had hoped to see South Africa take a tougher stance against al-Bashir.

He said the Arab regime was practising racism against black people. “What people of South Africa fought for a long time ago, we are still fighting for the same rights, so we deserve their support.”

“I’m really wondering what if iconic leaders like Nelson Mandela and OR Tambo rose up to see the country welcoming President al-Bashir who is a criminal and who is killing African people on a daily basis in Darfur?”

For now, at least, there seems to be some hope that South Africa might at least be steering towards doing the just thing. DM

Photo: A file picture dated 23 November 2015 shows the new home of the International Criminal Court (ICC) in The Hague, The Netherlands.  EPA/MARTIJN BEEKMAN