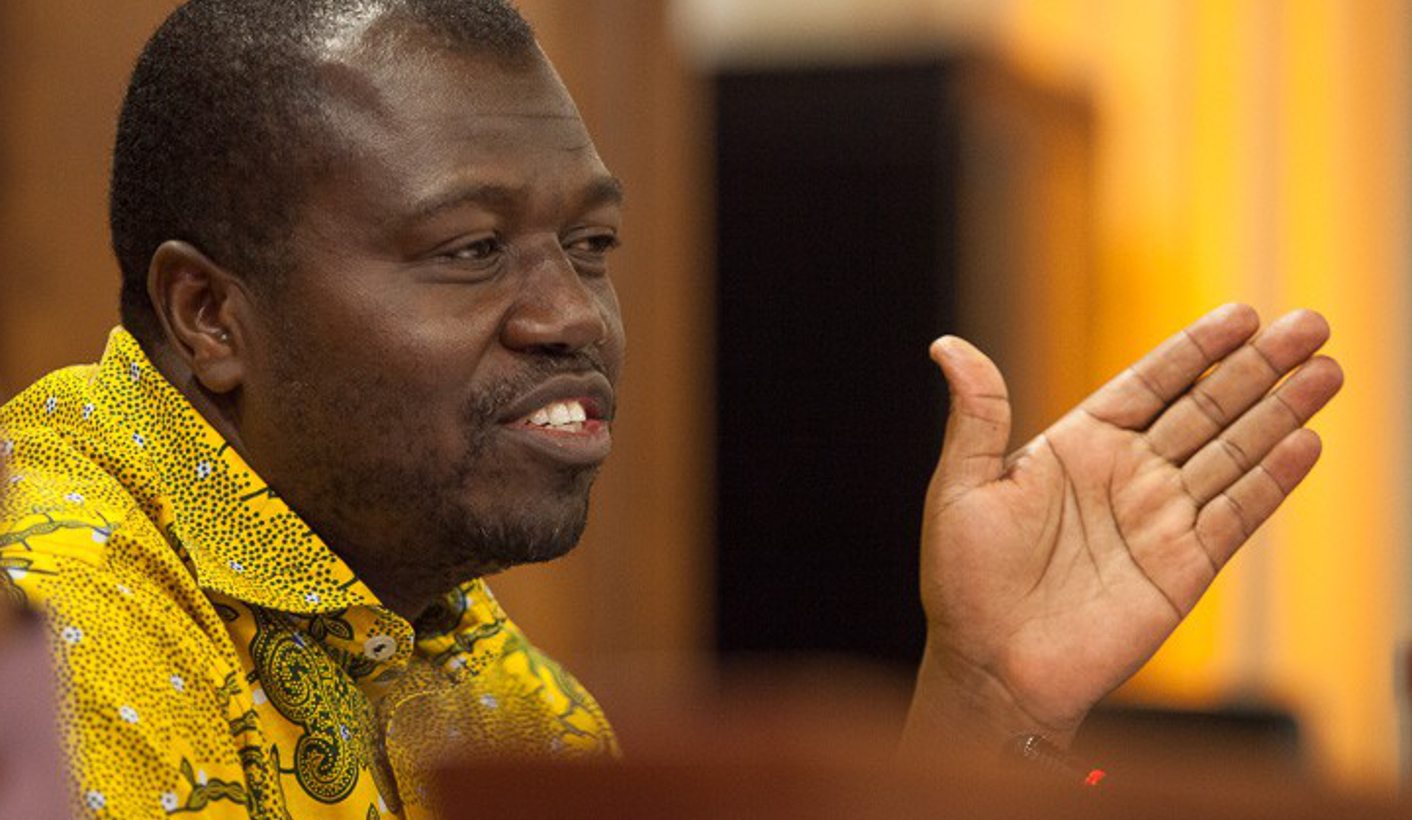 Political pressure prevented the senior executives at South African Social Security Agency (Sassa) and the Department of Social Development from “doing the right thing” about the grant payment system, says MP Themba Godi. But Parliament should have done more. By Barbara Maregele for GROUNDUP.

Themba Godi, an African People’s Convention MP, has served as chairperson for Parliament’s standing committee on public accounts (Scopa) since 2005. Seated in his office at Parliament’s Good Hope Building, he spoke candidly to GroundUp last week about Sassa and the agency’s failure to take over the payment of social grants.

On 17 March, the Constitutional Court put an end to months of uncertainty about the payment system. Sassa’s five-year contract with Cash Paymaster Services (CPS) was due to end on 31 March but in the face of Sassa’s failure to institutionalise the payments, the Court ordered CPS to continue its services for another year. The judges had harsh words for Parliament as well as government, criticising Parliament’s role in resolving the Sassa matter.

Sassa and Social Development had briefed MPs on several occasions since February 2017.

“It’s embarrassing,” said Godi. “Whether you look at the SABC or Sassa you’ll find that in hindsight, Parliament could have done more. The executive accounts to Parliament, so the quality of our scrutiny is critical.”

He said the court had intervened “primarily because we are not doing what the Constitution and the laws oblige us to do”.

Scopa had come across issues relating to Sassa’s contract with CPS “almost by accident” he said while reviewing irregular spending at the agency.

But when Sassa and the department briefed MPs in November 2016, they were told “don’t worry, give us time. We’ll have a detailed plan for you early next year”. Godi said he assumed that everything was on track until Scopa made contact again on 28 February and discovered that “nothing was in place”.

“Had we noted this earlier, we’d be in a different position today,” he said.

Godi said the crisis at Sassa was “deliberate” and “self-made”. He fingered Social Development Minister Bathabile Dlamini for being at the “centre of manipulating processes” which he claims served her own interests.

Nearly two weeks ago, Dlamini filed an affidavit to the Constitutional Court in which she blamed the newly appointed Sassa CEO Thokozani Magwaza for the crisis. She claimed to have found out about problems with the transfer of the payment system to Sassa only in October 2016. Dlamini was responding to an order by the court to show why she should not personally pay the legal costs of the case.

But on 7 April Magwaza filed his own affidavit denying several of Dlamini’s claims. He said that Dlamini had been aware of Sassa’s failure to take over the grant payment system as early as July 2015.

Tensions have been mounting at Social Development as officials distance themselves from the minister. In late February when Magwaza was booked off sick for two weeks, there was speculation that this was due to stress. On 3 March Social Development Director-General Zane Dangor resigned from his position, citing a breakdown in his relationship with Dlamini.

“It became very clear that there were senior executives in Sassa, Social Development and Treasury who wanted to do the right things, but there was this political pressure for them not to do so,” Godi said. “As Scopa, we’ve been adamant that the minister must take ultimate, sole and personal responsibility for the crisis at Sassa.”

Godi said that the committees of Parliament needed to sharpen their scrutiny and should challenge general statements like “everything is in place” and “things are on track”. He said governance had “stagnated” in recent years.

“There has been an improvement in our financial qualifications, but I don’t think general governance has made as much substantial progress as we should have. Our legislative framework is fine. We need to have stability in the senior management of the departments and state entities, and to ensure that critical areas like finance, supply chain management and internal audit are properly capacitated,” he said.

“Officials should operate in a rules-based environment. Accounting officers must have the appetite to take action against officials. And if accounting officers don’t do that, the political leadership like ministers must be prepared to come down hard on senior management,” he said.

Godi said after the Constitutional Court judgment Scopa and Sassa officials had visited the Post Office headquarters in Tshwane, where Sassa told MPs the agency was “on track” to take over the payment of grants. “We committed to keep in touch with them on a continuous basis so that we’ll know their plans long before the end of the 12-month period.”

Godi said no time-frame had been given for the next meeting with Sassa and the Department of Social Development in order to “give them time to do their work”.

“Once we are satisfied with the plans, we will be able to check whether timelines have been met. So that any red flags can be identified much sooner,” he said. DM