Analysis: When did the ANC’s radical rhetoric on economy escalate? 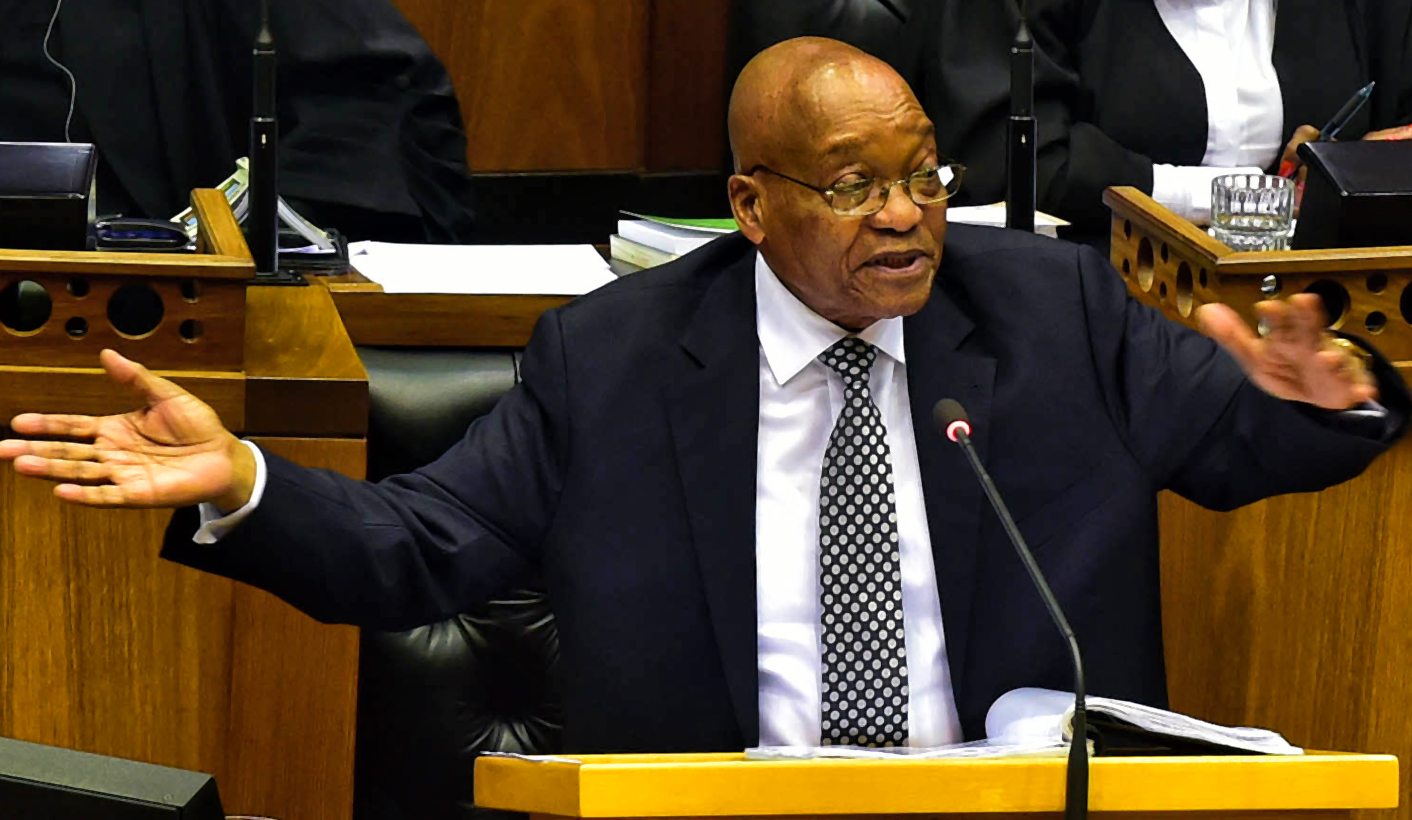 President Jacob Zuma used his address at Monday’s memorial for SACP leader Chris Hani to tell the nation that the remainder of his presidency will see government gunning hard for “radical socio-economic transformation”. Is such talk a populist attempt to deflect from current leadership scandals? Is it an attempt to co-opt the rhetoric of the EFF? Or is it the logical evolution of the ANC’s principled stance since democracy? REBECCA DAVIS takes a look.

Google has a nifty little tool called Ngram Viewer. You can use it to see at what historical point a word or phrase was most popular. Type in your query, and it searches a body of over 5-million books published in English between 1800 and 2008 to determine when a particular concept started trending.

If you plug in “radical economic transformation”, you’ll find that the phrase first appears in the Google books corpus around 1926 – possibly linked to the first and only British General Strike of that year. From 1926, the prevalence of the phrase builds slowly and unevenly to an all-time high in 1996. By 2008, when Google’s data in this instance unfortunately ends, its use is on the decline again, appearing at levels last seen in 1986.

If you could crunch the numbers for South Africa right now, however, that graph would be spiking hard. Radical economic transformation is the phrase du jour. Most recently, it received an airing from President Jacob Zuma during Chris Hani’s memorial this week, with an additional “socio” thrown in.

“We have decided to focus firmly on radical socio-economic transformation in the remaining term of this government,” President Zuma told his audience.

In January, the Sunday Times reported that President Zuma demanded the reworking of several economic policy proposals because they were “not radical enough”.

Compare that version of President Zuma to the one who shut down the Julius Malema-run ANC Youth League’s proposals for radical economic transformation at the ANC national general council in 2010.

That year’s Zuma was all about caution and deferral to international markets, telling the NGC that it should be aware that employment creation “cannot be done easily or overnight”.

In 2010 Zuma continued: “Critically, [employment creation] has to be achieved in a way that sustains growth and transforms the quality of that growth so that we ensure that both the benefits and costs of change are fairly spread, in ways that protect the poor and bring about a more equitable and just society.”

Economic measures that the President endorsed back then included “appropriate fiscal and monetary policy measures that are actively directed to promoting larger number of jobs. These should be linked with measures to control inflation and improve efficiency across the economy, including through a more competitive and stable exchange rate”.

The President’s 2010 utterances on such matters were in line with what had by then become tradition. From 1994 onwards, ANC leadership favoured a more centrist, measured tone when approaching economic transformation. This was the case even during the transition to democracy. Read Codesa documents now, and you may find the language astonishingly tame by today’s standards.

“Socio-economic conditions should be improved to curb the high crime rate,” reads one Codesa resolution.

The draft principle on economic freedom notes: “The Constitution should provide for the promotion of the improvement in the quality of life of all South Africans by enabling economic growth, human development, social justice and equal opportunities for all.”

From around 2011, a sense of greater urgency began to be heard in government’s declarations on the economy. Just after local government elections in 2011, ANC alliance partner Numsa, under the leadership of Irvin Jim (pre-Marikana) announced that the alliance would need to “champion a radical programme that seeks to transfer the bulk of the wealth of our country into the hands of the people as a whole”.

By the time of the ANC conference in Mangaung in 2012, radical was the order of the day. There, the ruling party resolved that “the second phase in our transition from apartheid colonialism to a national democratic society will be characterised by more radical policies and decisive action to effect thorough-going socio-economic and continued democratic transformation”.

Just less than a year later, the Economic Freedom Fighters would officially burst on to the scene, bringing far more revolutionary rhetoric into the public space. Come the launch of the ANC’s election manifesto in 2014, and the word “radical” is being thrown about with considerably more abandon.

Despite the build-up over the last five years or so, the renewed emphasis on the “radical” right now has lately caused some scepticism even from within government. In late February, general secretary of the South African Communist Party Blade Nzimande – better known as Minister of Higher Education – told a media briefing disapprovingly: “Policy shifts with a radical sounding air are being announced randomly.”

The SACP had its own theory about why this should be the case now in particular. “While the Gupta family clearly lurks in the background in many cases, there has been an attempt to downplay links in this direction and adopt a more radical sounding, Africanist posture,” Nzimande said at the same briefing.

The suggestion there was that radical political posturing was aimed at deflecting attention away from Gupta control of the state. An alternative theory would be that the radical rhetoric is also nicely in line with the Gupta family’s war on financial institutions and “white monopoly capital”: in other words, that a call to escalate radical discourse might have come from the Guptas themselves. From the beginning of the year, Gupta-owned media products – TV channel ANN7 and newspaper The New Age – began running a campaign titled “The Fight for Economic Liberation”.

Few people would dispute that the economic transformation of South Africa since apartheid has been unsuccessful thus far, so from that perspective the ANC’s verbal acceleration on the issue now might seem expected; even necessary.

The timing, however, will inevitably raise eyebrows. In a time of protest, populist statements on land and the economy may be seen as the best ways to stem dissent. In that context, those who are anti-Zuma can be swiftly framed as anti-radical reform. It remains to be seen if the EFF-led anti-Zuma march on Wednesday can manage to simultaneously express dissatisfaction with the sitting president and affirm its commitment to a radicalism which the ruling party is now claiming for itself. DM