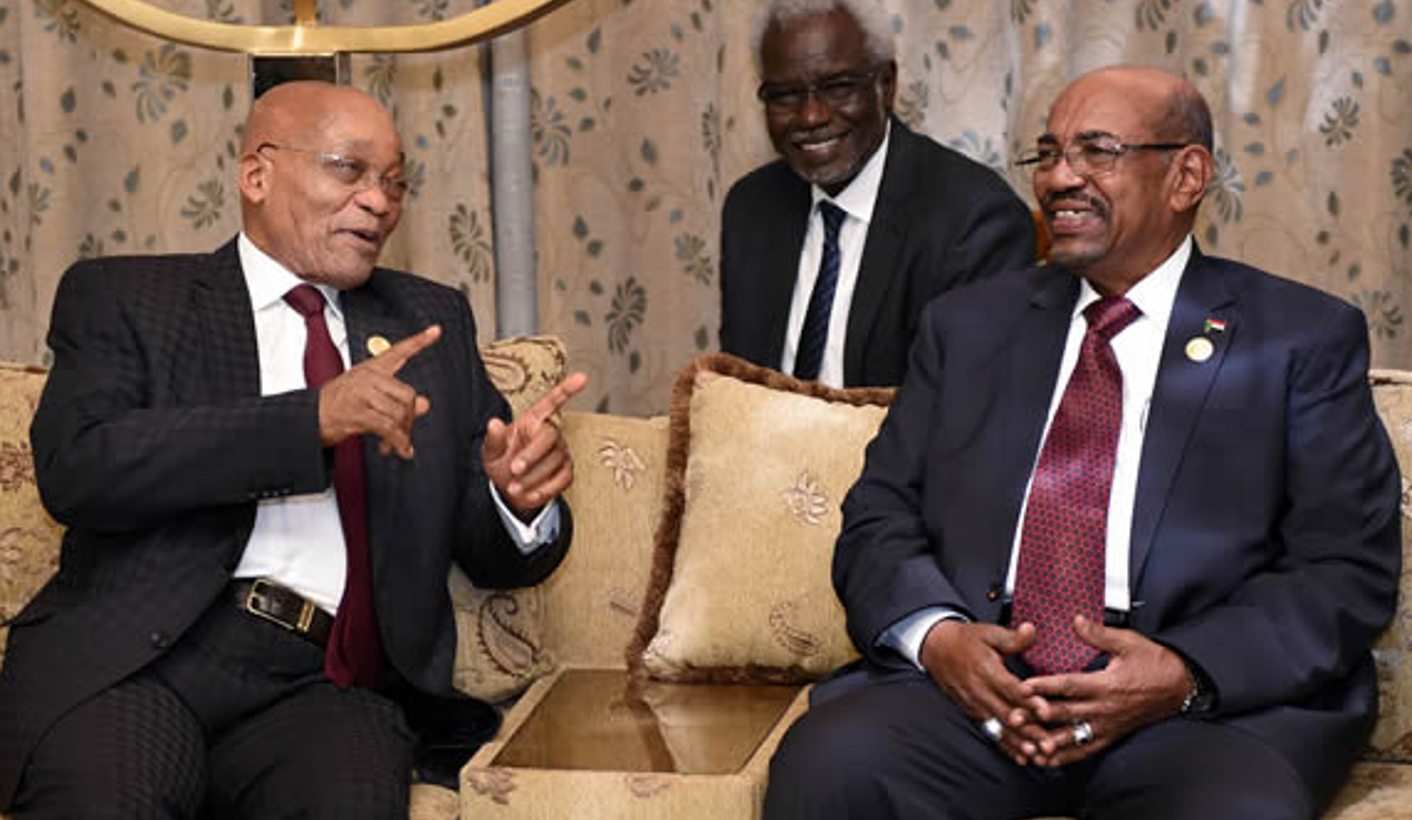 South Africa put up a spirited defence before the Pre-Trial Chamber of the International Criminal Court (ICC) in The Hague on Friday where the country’s legal representatives argued against the Court making a finding of non-compliance against it in respect of its failure to arrest President Omar al-Bashir when he attended an African Union Summit in South Africa in June 2015. This was pursuant to two arrest warrants issued by the ICC as a result of a United Nations Security (UNSC) Resolution. By KAAJAL RAMJATHAN-KEOGH.

South Africa’s legal submissions were delivered by Professor Dire Tladi who delivered a spirited defence stating that in fact heads of state have absolute immunity with certain exceptions and that South Africa had no duty to arrest President al-Bashir. His fierce argument explained that according to the United Nations Security Council Resolution only Sudan was obliged to arrest al-Bashir and that pushing those obligations on other countries was a “recipe for anarchy”. He stated boldly that South Africa would have violated its obligations if it arrested al-Bashir.

He also submitted that South Africa was not afforded procedural rights when their Ambassador requested a consultation with the ICC. He was at pains to state that “South Africa was not an accused but a sovereign state which is governed by rules” in his argument on why there was a need for rules and procedures governing the prescribed consultations with the ICC in respect of requests for compliance from member states. There are currently no rules and procedures governing these consultations and South Africa is in fact the first country to have requested such a consultation. There was broad agreement that this was to South Africa’s credit. South Africa stated that they did not act contrary to their obligations under the Rome Statute and that they should accordingly not be referred to the Assembly of State Parties to the Rome Statute (ASP) or to the UNSC; and that if they were unsuccessful they would seek leave to file an appeal before the Appeals Chamber.

The Prosecution led by Julian Nichols opened by stating that South Africa failed in its duty, and that a formal finding of non-cooperation was appropriate as well as referrals to both the ASP and UNSC. They also commented on the “evolution” of South Africa’s changing legal argument from the domestic court cases to what was being presented before the ICC and made the accusation that South Africa had already identified the political and diplomatic problems around al-Bashir’s visit and has been searching for a legal justification to rely on. They concluded that it was problematic that South Africa did not take interim measures to detain al-Bashir while the urgent high court application was ongoing domestically and this displayed an absence of willingness to comply with the ICC request.

The bench posed some sticky questions to South Africa about the delays in their seeking to consult with the Court and requested an explanation for the long duration of time which elapsed between South Africa being aware of al-Bashir’s visit and their Ambassador seeking a consultation. These were dealt with efficiently and precisely by South Africa’s Chief State Law Advisor, Sandy de Wet who stated that she was concerned about the “innuendo” that South Africa waited until the very last minute to seek advice from the Court, when in fact South Africa received confirmation of al-Bashir’s attendance only after he had arrived in the country.

South Africa in its reply concluded that it was committed to international criminal justice and to a peaceful world. The Prosecution accepted the complicated context in which South Africa was operating and acknowledged the long tradition of support for the Court. They however, on account of the graveness of the situation requested a finding of non-compliance as in their view the request to arrest and surrender a wanted individual is the highest obligation a state party has to the Court. The court advised that a decision would be available before the summer recess. This was a difficult hearing for South Africa and despite the brave defence it put up, it is inevitable that the Court will arrive at a decision that despite their efforts to cooperate South Africa failed to comply with its international obligations to the ICC. DM