GroundUp: It’s not National Treasury that is blocking economic transformation 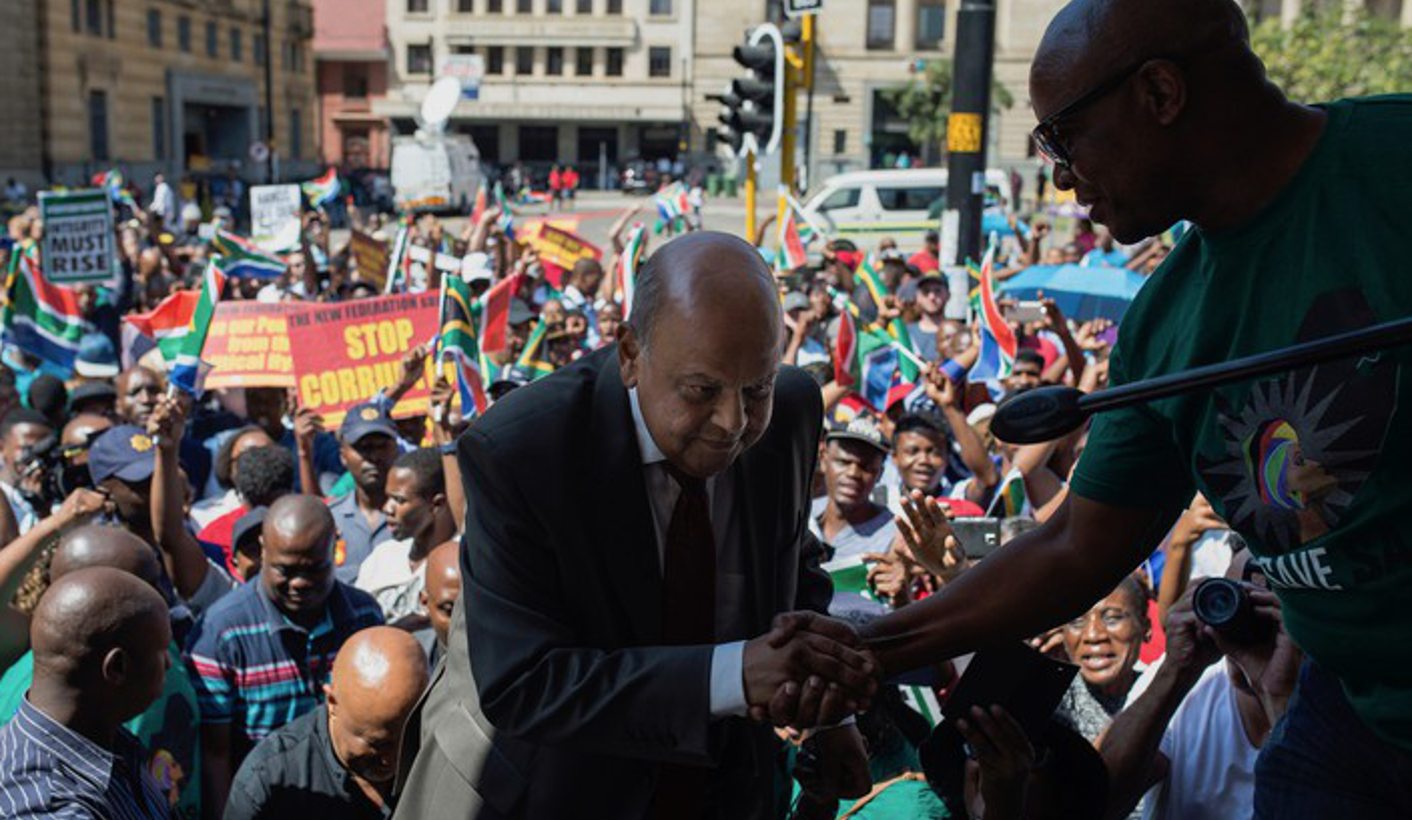 President Jacob Zuma has blamed the National Treasury under Pravin Gordhan for the slow pace of economic transformation. But in fact transformation has been slow because government has not stuck to the rules and practices set up by institutions like the Treasury, writes Albert van Zyl for GROUNDUP.

He reportedly said that the National Treasury under Pravin Gordhan and Mcebisi Jonas was frustrating the ANC’s economic transformation agenda by not making funds available for certain projects, and that his ministers complained about inadequate resources provided by the Treasury to carry out their mandates.

In practice, the Treasury and the Public Protector have refused to allow projects like the nuclear deal to go ahead without it being costed or following the legally prescribed procurement process. Similarly, the Treasury has been investigating the procurement of R400-million of poor quality coal purchased by Eskom from a company controlled by the Gupta family.

But that is not all. The Constitution, the Treasury and institutions like Parliament offer ways to ensure rapid and effective social spending. Improved transparency and accountability, set in place through Treasury guidelines, is enforced through parliament and other oversight institutions.

How does this work in practice?

Last year, residents of Spring Valley, an informal settlement in Emalahleni Local Municipality in Mpumalanga, were unhappy with the poor quality and irregular delivery of the water that they received. The community worked with Planact and the International Budget Partnership to obtain and understand the local council’s contract with private contractors. Armed with this information, the community conducted a social audit and found that water was not delivered as regularly or in the quantities that the contract required and that the contractor’s work was not being monitored by the council. By collecting data in the community, the residents had evidence which allowed them to negotiate effectively with the local and district municipalities.

The result, after a vigorous process of engagement between government and residents of Emalahleni, is that the community now has access to a basic right: clean running water.

A central part of the Spring Valley story is the information that the community managed to obtain: tender documents, a bid adjudication committee resolution about which contractors would serve which areas, a delivery schedule showing when, where and how much water would be delivered, and payment schedules for contractors. These documents had to be produced in terms of municipal supply chain management regulations issued by the National Treasury. Without the Treasury and these regulations, Planact and the community would not have been able to hold the council and the service providers to account and the Spring Valley would probably still be without clean running water.

Efficiency and accountability was achieved in the Spring Valley example because of more accountability and transparency, not less. When people can see what government is doing, and can be armed with an understanding of how government works, they can ask the sort of questions and enforce the kind accountability that ensure that our limited public funds (our tax rands) provide the maximum possible services to those who need them most.

Citizens who have the information and the skills necessary to engage government in this manner, reduce the risk of inefficiency and ineffectiveness.

It is important to note that the information the Spring Valley community used to hold government to account would not have been available were it not for the financial reforms, transparency and oversight that the Treasury and other institutions have painstakingly built over the past 20 years.

If the Treasury has been doing such an important job, why then do we still have such enormous service delivery problems? Why, for example, can more than half of all children in Grade 5 not yet read adequately in any language? Why do more than three million South Africans still not have access to decent sanitation?

When he fired the Finance Minister, the President said we don’t spend enough on social services for poor South Africans. But South Africa already spends 17.4% of the budget on basic education, and close to 60% on social services in general, in line with other middle income countries. Spending too little does not itself explain the continued massive service delivery failures in South Africa.

A much more compelling argument than blockages by the Treasury is very poor and unaccountable management. According to the most recent round of audits conducted by the Auditor General, only 39% of local governments, 30% of national departments and fewer than half of provincial departments received clean audits, while irregular spending grew by 80%.

By undermining transparency and accountability, government enables the mismanagement and inefficiency that in turn frustrates effective service delivery.

The response to President’s Zuma’s cabinet reshuffle has united many South Africans. But if and when we emerge from the current crisis we must renew our commitment to transparency, accountability and oversight – or we will run the risk of another crisis. DM