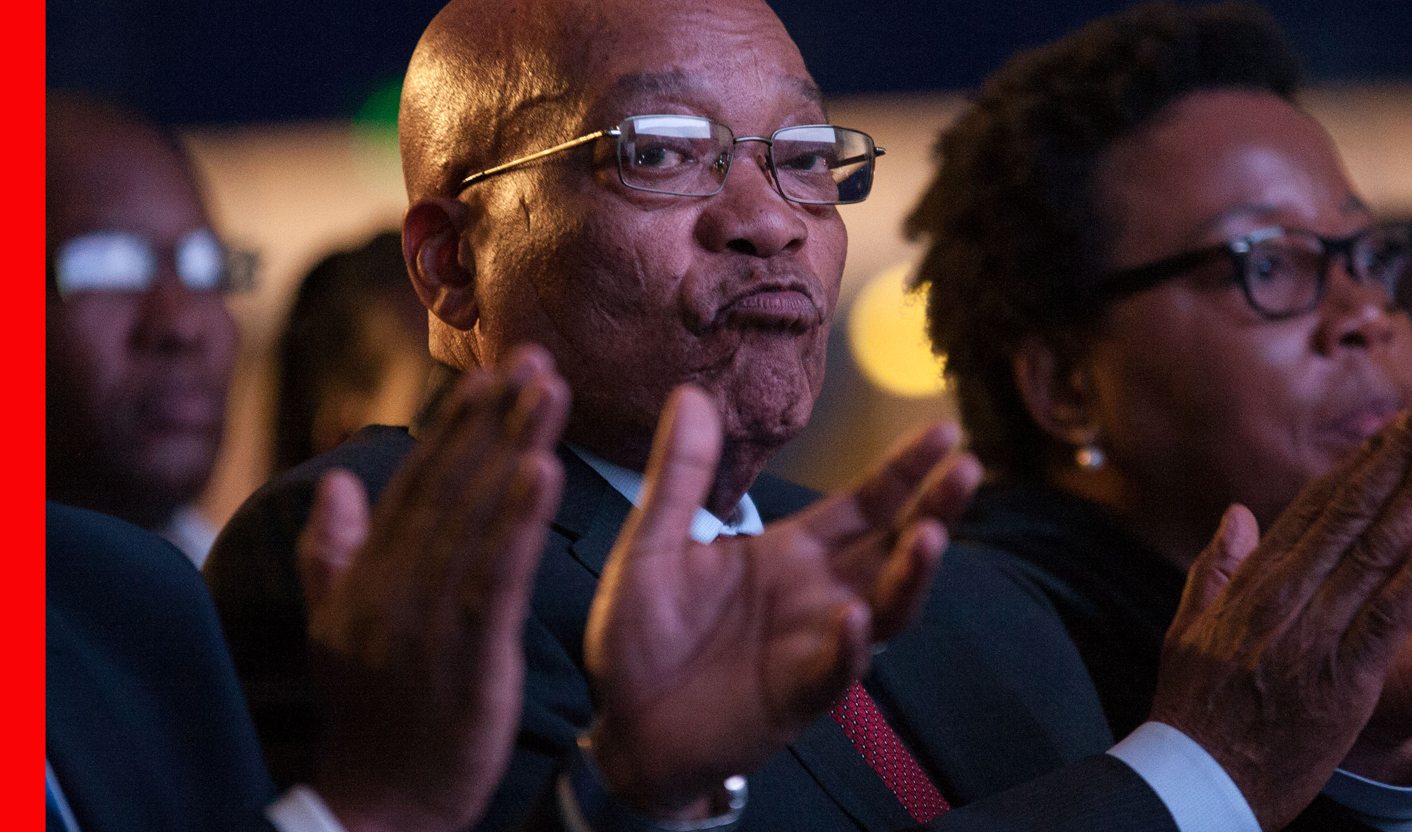 The Opposition’s motions of no confidence in President Jacob Zuma will be debated just after Easter on April 18 in a special sitting of Parliament. The announcement was made by National Assembly Speaker Baleka Mbete late on Wednesday afternoon. A day earlier, the ANC national working committee (NWC) met amid calls for the president’s resignation or removal, from ANC veterans, civil society, religious leaders, organised labour and expressions of deep misgivings by business over the president’s Friday midnight reshuffle to remove Pravin Gordhan and Mcebisi Jonas from the finance ministry. By MARIANNE MERTEN.

At Wednesday’s media briefing on its NWC meeting it became clear that the ANC had closed ranks. Deputy President Cyril Ramaphosa, Secretary-General Gwede Mantashe and Treasurer Zweli Mkhize, who in an unprecedented manner publicly spoke out about their discomfort, unease and opposition to the sacking of the finance ministers, were silenced. “They have further acknowledged that their public dissonance on the matter was a mistake that should not be committed again,” the official ANC statement said.

And so the pieces of the puzzle are in place. “There will be no ANC member that will vote for a motion of the opposition,” said Mantashe during Wednesday’s media briefing carried on eNCA. If there were to be a motion of no confidence, it would have to be moved by the ANC itself for its MPs to support it. “No army allows its soldiers to be commanded by an enemy general,” said Mantashe.

Opposition parties like the DA, EFF and the United Democratic Movement (UDM) and Cope have publicly indicated they were talking to the divided parliamentary ANC caucus, many of whose MPs have expressed dissatisfaction, privately. But the bottom line is few MPs, who depend on their party for their position, will defy the party line.

And there will be no secret ballot – parliamentary rules are silent on this and technically a majority could support a call for such a secret vote – if comments by ANC national executive committee (NEC) member Water and Sanitation Minister Nomvula Mokonyane, a close Zuma ally, are anything to go by. She told Tuesday’s ANC Youth League mini-rally in Germiston, Gauteng, broadcast on eNCA: “There will be no secret ballot because we don’t hide our things.”

A motion of no confidence in the president is a deeply political affair. And in times of trouble, the ANC closes ranks. It has done so in the past, it will do so again.

It’s relatively simple. ANC Chief Whip Jackson Mthembu will call a three-line whip, compelling all ANC MPs to toe the party line. There is no excuse unless it’s illness, backed up with a doctor’s note, or government business. Simply not pitching will not work as disciplinary charges can be instituted. There are four ways to lose a seat on the parliamentary benches: death, resignation, expulsion by the political party that sent the MP to Parliament and, according to the Constitution, a conviction with a sentence of longer than a year without the option of a fine, although practice means the legal appeals processes must be exhausted.

That means 201 MPs of the 400-strong National Assembly must support it. The ANC has 249 seats, the DA 89, the EFF 25 and the IFP 10. The National Freedom Party (NFP) has six MPs, the Freedom Front Plus four. There are three MPs respectively representing the UDM, African Christian Party (ACDP), Cope and the African Independent Congress (AIC). AgangSA has two MPs and there is one each for the Pan-Africanist Congress (PAC) and African People’s Congress (APC). Even if all 12 opposition parties support the no confidence motion – and most have indicated this – their numbers fall short. Hence the approaches to ANC MPs for at least 51 MPs, preferably more like 70 or 80.

Last year saw two motions of no confidence won by the ANC on the back of its numbers in the House. On March 1, 2016 the motion was defeated 225 votes against, 99 for, with 22 abstentions, although not without some furious telephoning to order the return of some ANC MPs, who had left the House. On November 10, 2016, 214 voted against, 126 for and one abstention. The published vote count showed 35 ANC MPs were absent.

It is unlikely that the outcome of the April 18 vote on the motions of no confidence by the EFF and DA will be different. But in the game of politics that doesn’t mean there’s not going to be a push for a different result, particularly in the wake of the unprecedented critical voices, and a series of promised protests.

DA Chief Whip John Steenhuisen called on MPs from all parties to support the motion in line with their oath to uphold and defend the Constitution. “We are now called on to do so because Jacob Zuma is recklessly undermining what so many struggled for. We must stand together and send a loud and clear message on April 18 that South Africa will not allow itself to be abused by a man determined to put himself, and his friends, first.”

UDM leader Bantu Holomisa said it was a good thing the Speaker had scheduled the motion. “It gives everybody a chance to reflect and… those who pretend to represent the people should get the views of their constituencies. I hope the religious leaders will send a strong message on Good Friday that South Africa’s moral compass is pointing south and it is everyone’s responsibility around,” Holomisa said. “ANC MPs must vote with their conscience.” DM