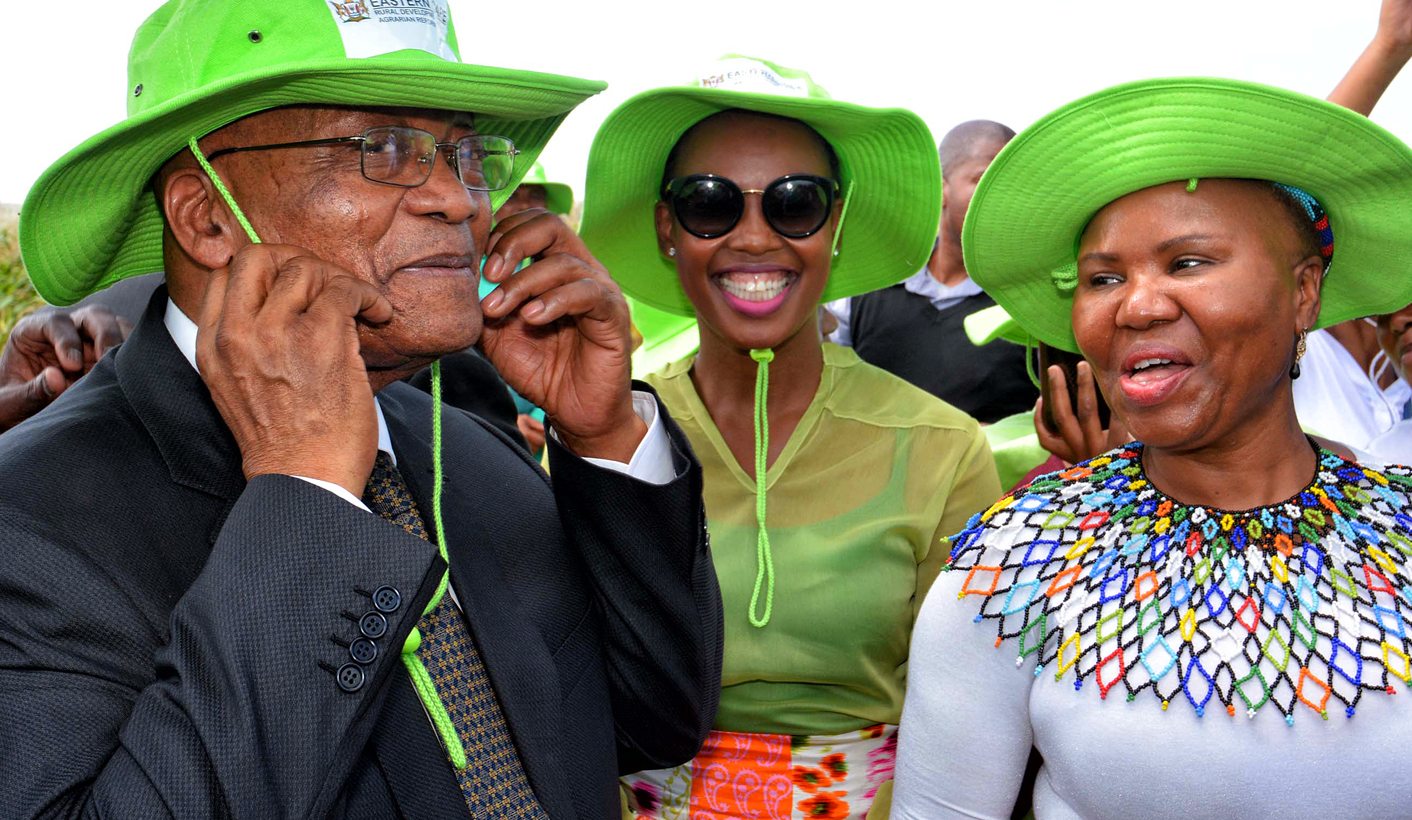 The takeaway from the ANC’s contentious National Working Committee meeting is in, and it makes grim reading for President Jacob Zuma’s growing legion of opponents. But while Zuma has won this round, the party’s endorsement was not as vocal as it might have been. By SIMON ALLISON.

If there really is serious opposition to President Jacob Zuma’s rule from within the ANC, there was little sign of it as Gwede Mantashe delivered the outcomes of the party’s National Working Committee (NWC) meeting at Luthuli House in Johannesburg on Wednesday.

That meeting had dragged on, from Monday afternoon until Tuesday evening, fuelling speculation that Zuma was under serious pressure from senior party officials, including the Secretary-General. But as Mantashe read out a defiant statement – under the watchful eye of deputy Secretary-General Jessie Duarte, a staunch Zuma ally – it became clear that the president had won this round.

In the statement, the NWC criticises party members who voiced public criticism of Zuma’s controversial cabinet reshuffle. Although Mantashe denied that any member was forced to apologise, the statement implies a certain level of grovelling: “The officials [who expressed critical views] have given to the NWC a candid report about their serious and difficult disagreement. They have further acknowledged that their public dissonance on the matter was a mistake that should not be committed again,” it said.

Mantashe was at pains to emphasise that it was the public nature of this criticism, rather than the criticism itself, that was the problem. The message was clear: ANC members can have dirty laundry, they just can’t air it in public. “If you find me with a [black] eye, I can develop a narrative that I bumped against a pole or something, rather than members of the ANC going public with their disagreements,” he said.

President Jacob Zuma received a minor rap over the knuckles from the NWC, which noted that the president was obliged to consult with the party before announcing cabinet reshuffles. But it said the party supported his decision, and that the president shouldn’t have tried to justify himself with a dodgy intelligence dossier. “The NWC has accepted the irretrievable breakdown of the relationship between the president and a member of his cabinet as sufficient explanation for the decision taken by the president. The issue of the intelligence report complicated the matter, creating a lot of unhappiness. This was consequently presented as the only reason for his removal which was unfortunate and incorrect,” said the statement.

Mantashe refused to elaborate on the nature of the “irretrievable breakdown” of the relationship between Zuma and former finance minister Pravin Gordhan, noting only that “anybody who got divorced will be able to give you an answer to that”. According to Duarte, the ANC top brass knew since November last year that Zuma was planning to get rid of Gordhan.

Mantashe had harsh words for opposition groups attempting to mobilise against the president, saying that ANC members would not be dictated to by outsiders. “You know when you go all over, and organise an anti-Zuma movement, you are actually saying to the ANC, ‘close ranks’… That is not arrogance, it is not anything, it’s about a self-respecting organisation … No army allows its soldiers to be commanded by the enemy general … If the expectation for you is that we will recall President Zuma because opposition forces say so, it won’t work that way. It will take the ANC to discuss, take a decision, make a determination.”

Despite its apparent show of support for Zuma, it is perhaps telling that the NWC refused to whole-heartedly endorse the president’s continued stay at the Union Building, and its statement concluded on an intriguingly open-ended note: “The ANC has reflected on the calls by the SACP and Cosatu amongst others for President Jacob Zuma to resign from his position as the President of the Republic of South Africa. The NWC resolved that the officials and members of the NEC must continue to engage with Cosatu, SACP and civil society on this matter.” DM