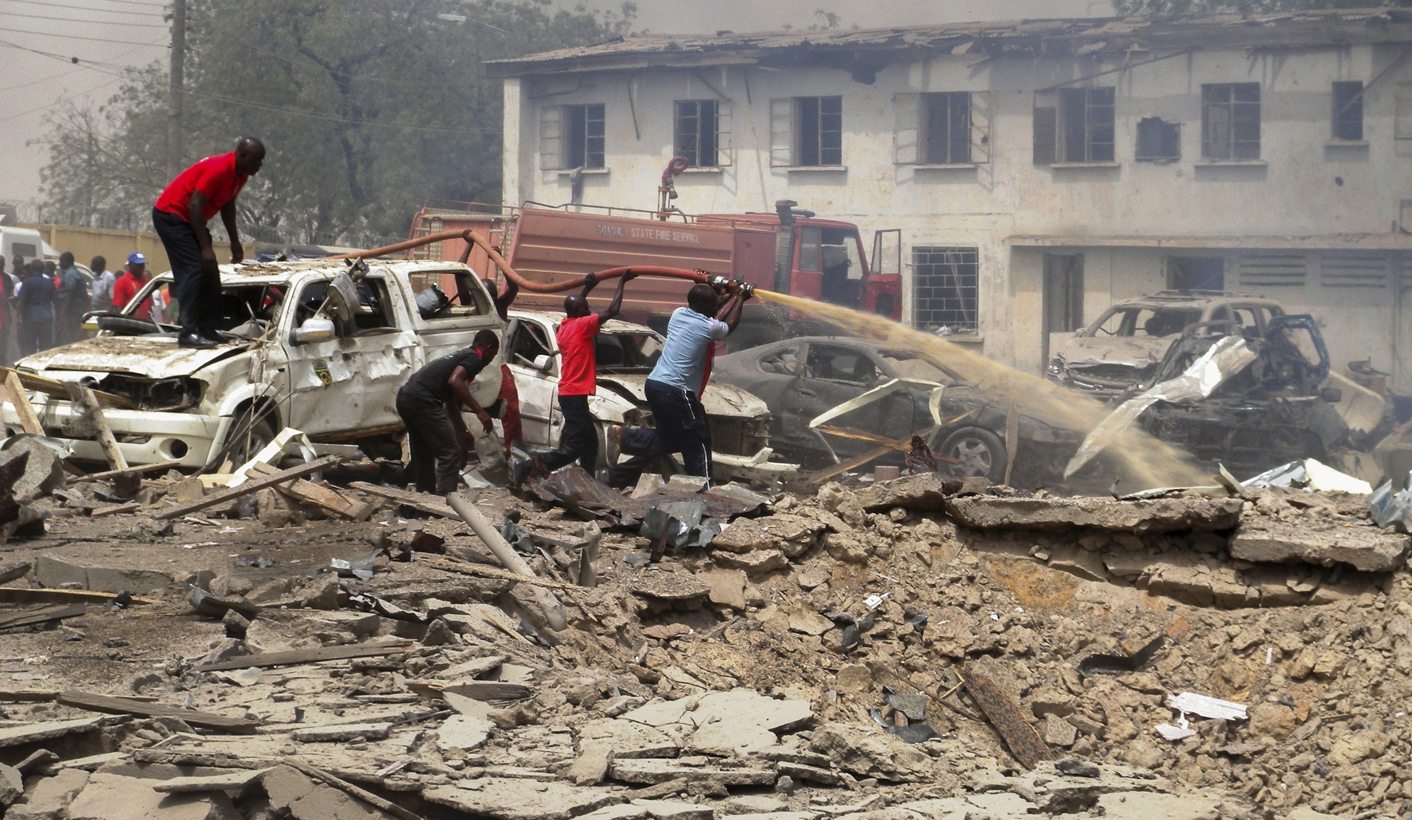 Public communication should be monitored to understand what drives Boko Haram’s violent strategy. By Omar Mahmood for ISS TODAY.

Besides the unrelenting violence that characterises Boko Haram, a revealing but often ignored aspect of the group’s public outreach is its messaging. Boko Haram’s desire to spread its narrative has been one of the most important features of the group’s insurgency.

Recent research conducted by the Institute for Security Studies (ISS) examines the content of 145 public messages from Boko Haram between 2010 and August 2016, when the movement split into two factions.

Some themes recur throughout the 145 messages. For example, as the graphic below shows, nearly half of all messages have relayed Boko Haram attack claims, increasing awareness on group activities and presenting the movement in a strong light.

Surprisingly, the third most common theme between 2010 and 2016 dealt with the prospect of government negotiations, with the group frequently denying rumours surfacing in the Nigerian press to that effect. This preoccupation reveals Boko Haram’s insistence on responding to public rumours, to ensure the dominance of its own narrative over those of its opponents.

Other prominent themes have risen and declined in response to overall group objectives, an indication of the interconnectedness between messaging and group strategy.

For example, as the graphic above shows, messaging regarding Boko Haram’s ability to serve as a defender of Nigeria’s Muslims – which included anti-Christian rhetoric and frequent references to historic episodes of strife in the religiously mixed Middle Belt region of the country – featured prominently in media productions early in the group’s history.

This coincided particularly with violence between 2012 and 2013, when the movement regularly conducted attacks against Christians in central Nigeria, probably in a failed attempt to spark a religious war.

After that, group strategy shifted in response to both external and internal dynamics. In 2015, when the focus on Nigeria’s Middle Belt decreased, so did messages relating to this topic. One reason for this drop in attention to the area was the imposition by the Nigerian government of a state of emergency in the north-east. Another was the increased targeting of Muslim civilians in response to the rise of anti-Boko Haram vigilante groups. The decision to engage in territorial control in the north-east also played a role.

At other times, the group has presaged future violence in its messaging, linking specific targets to group grievances. Campaigns of attacks on schools, cellphone masts, the media and even a claimed attack on the oil sector in Lagos in June 2014 were all preceded by public warnings, often tied to specific complaints.

Boko Haram’s geographic expansion both within Nigeria and to neighbouring nations in the Lake Chad Basin followed a similar pattern, primarily driven by the perceived mistreatment of its members. For example, when public warnings to the northern Nigerian states of Kano and Sokoto, and neighbouring Cameroon, over detained Boko Haram members were ignored, the first major incidents of violence in those areas followed.

Another important aspect of Boko Haram messaging is the high level of adaptation displayed in terms of types of messages, their distribution and content.

The most dramatic and rapid changes along these lines occurred in the lead-up to, and after, Shekau’s public allegiance to the Islamic State in March 2015. Shekau almost completely disappeared from messaging, a major change from previous years.

Appearing in just two audio clips after the pledge, his absence – probably in adherence to Islamic State standards emphasising messaging from rank-and-file members instead of group leaders – was a striking representation of the external influence and co-ordination present in messaging during this stage.

This has been confirmed by Shekau’s reappearances in video messaging since his August 2016 split from the Islamic State-backed faction of the movement, ostensibly once he was freed from the restrictions limiting his public presence.

While messaging has been an important aspect of Boko Haram’s outreach and communication, determining the intended audience has not always been clear. Initial messages were conducted primarily in Hausa, indicating a local Nigerian – and at best regional – audience.

By 2015, nearly 90% of productions contained messaging in Arabic, signalling a more globalised outreach. Messaging in English has occurred but not as consistently, while other languages like Kanuri, Fulfulde and French have been used only occasionally.

Notably, however, the last two videos from Shekau’s faction, published over the past month, have contained snippets of both French and Kanuri.

Dissemination techniques have also broadened Boko Haram’s overall audience. As the graphic below shows, by 2015 the group relied almost exclusively on social media to disseminate its propaganda (primarily Twitter, Telegram and YouTube). This further extended its reach.

Given the continued use of Hausa and messaging content that focuses on local dynamics, however, it is likely that Boko Haram’s intended audience has been broadened, rather than supplanted, by these shifting dynamics.

While the impact of Boko Haram’s messaging is uncertain, the group’s continuing emphasis on disseminating its narrative publicly indicates that it must benefit them somehow.

Recruitment is ostensibly one reason to conduct such public awareness, and a key conclusion of the ISS report is that further research should be undertaken to investigate the links between Boko Haram messaging and prospective recruitment into the group.

Overall, Boko Haram messaging provides a window into a group that otherwise remains largely enigmatic and obscure. Messaging can expose important insights beyond simply serving as a propaganda tool. It should be closely monitored to track the strategy and drivers of violence behind this little-understood group. DM

Omar Mahmood is a researcher for ISS, Addis Ababa.