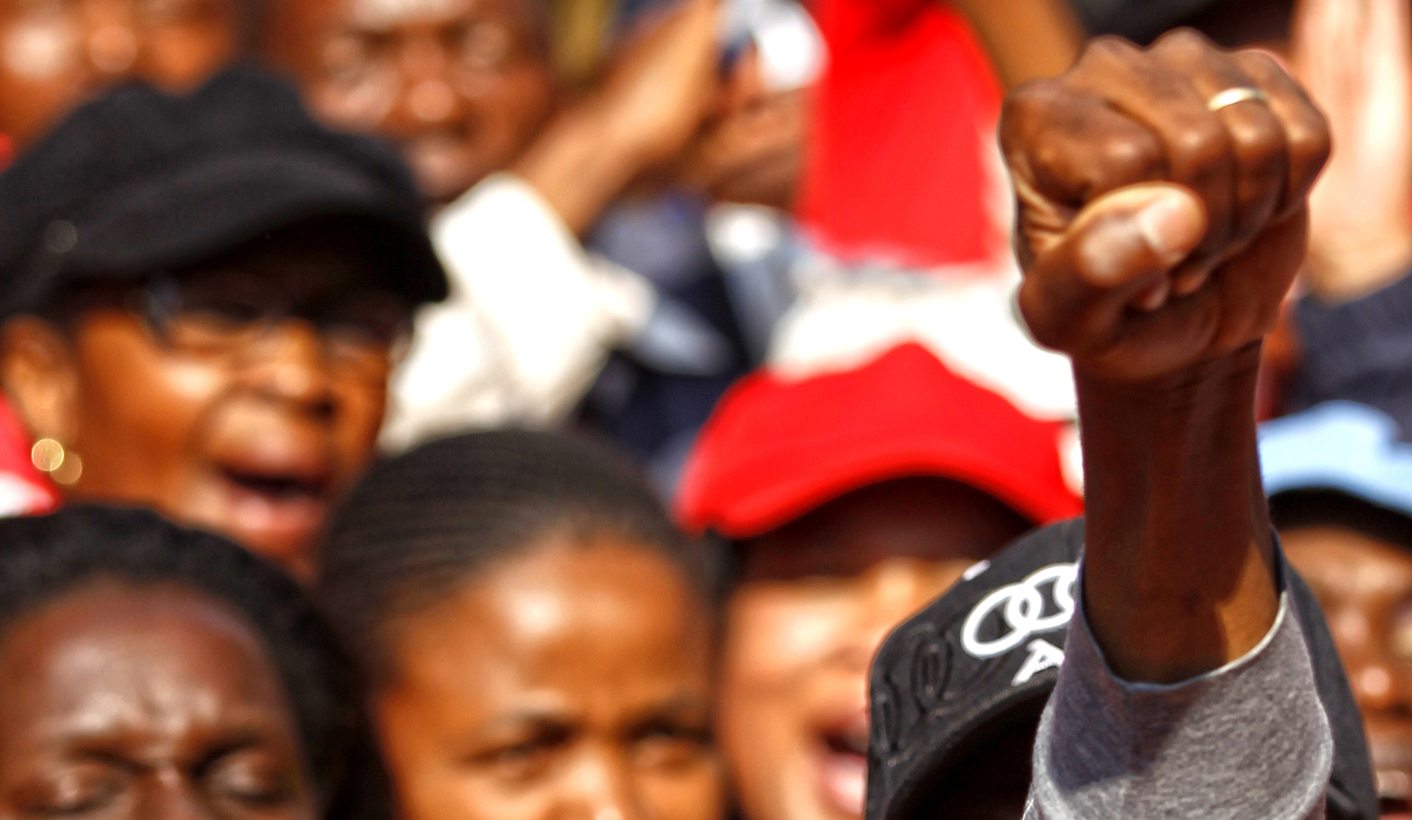 Cosatu’s Central Executive Committee no longer believes that Jacob Zuma is the right man to lead the government or the country, and has officially called for the president to step down. By SIMON ALLISON.

The Congress of South African Trade Unions (Cosatu) has officially called for President Jacob Zuma to step down. In a statement released on Tuesday by the Central Executive Committee (CEC), Cosatu said it no longer believed in Zuma’s leadership capabilities.

“Cosatu no longer believes that the president is the right person to unite and lead the movement, the Alliance and country. We think that after all his undeniable contribution to both the movement and government, the time has arrived for him to step down and allow the country to be led forward by a new collective at government level. We no longer believe in his leadership abilities and we shall be communicating that decision to our ally, the ANC,” it said.

Cosatu President Sdumo Dlamini said Zuma had requested to meet with the trade union federation earlier on Tuesday, and that the federation was still considering its response to that request. The federation’s leadership refused to be drawn on what further actions it would take to ensure Zuma’s removal from office, saying that they must consult their membership first.

Despite its obvious dissatisfaction with the president, Cosatu insists that it remains committed to both the ANC and the Tripartite Alliance. But it suggested that the nature of the alliance needs to change. “We want an alliance where partners are treated as equals. We want a reconfigured alliance which is at the centre of driving the National Democratic Revolution…We want an alliance which is led by the ANC that understands and accepts in practise the leading role of the working class as a primary motive force in the National Democratic Revolution.”

Cosatu also said it would not support solidarity efforts led by the Democratic Alliance (DA). “We do not support the regime change agenda that wants to topple the ANC from power. We will never march with the DA and its friends, and the only march we will join that will be led by the DA will be if they are going to Cape Town to call for Helen Zille to resign.”

Cosatu’s Dlamini – previously thought to be one of President Zuma’s strongest supporters – rejected criticism that Cosatu’s decision to withdraw support from the president had come too late. “It can never be too late to raise these points … even if it means marching in the streets to make that point, even if it means we shall occupy certain houses in the country to make that point …We are sending a very clear message to the leadership and country out there that indeed as Cosatu we cannot (condone) this any more,” he said.

Cosatu’s CEC heavily criticised the recent downgrade to “junk status” of South Africa’s credit rating by Standard and Poor’s. “We express our disapproval of the credit rating agency S&P’s decision to downgrade the country and we view their reasons about political uncertainty as interference in our domestic political affairs, which should be beyond their scope of work. We also hold responsible and culpable the President of the Republic Jacob Zuma because it is his inattentive and negligent leadership and disruptive actions that have emboldened these agencies to interfere in this country’s political affairs,” it said in the statement. DM