Reshuffle Chronicles: Ramaphosa calls for support to get “rid of greedy, corrupt people” 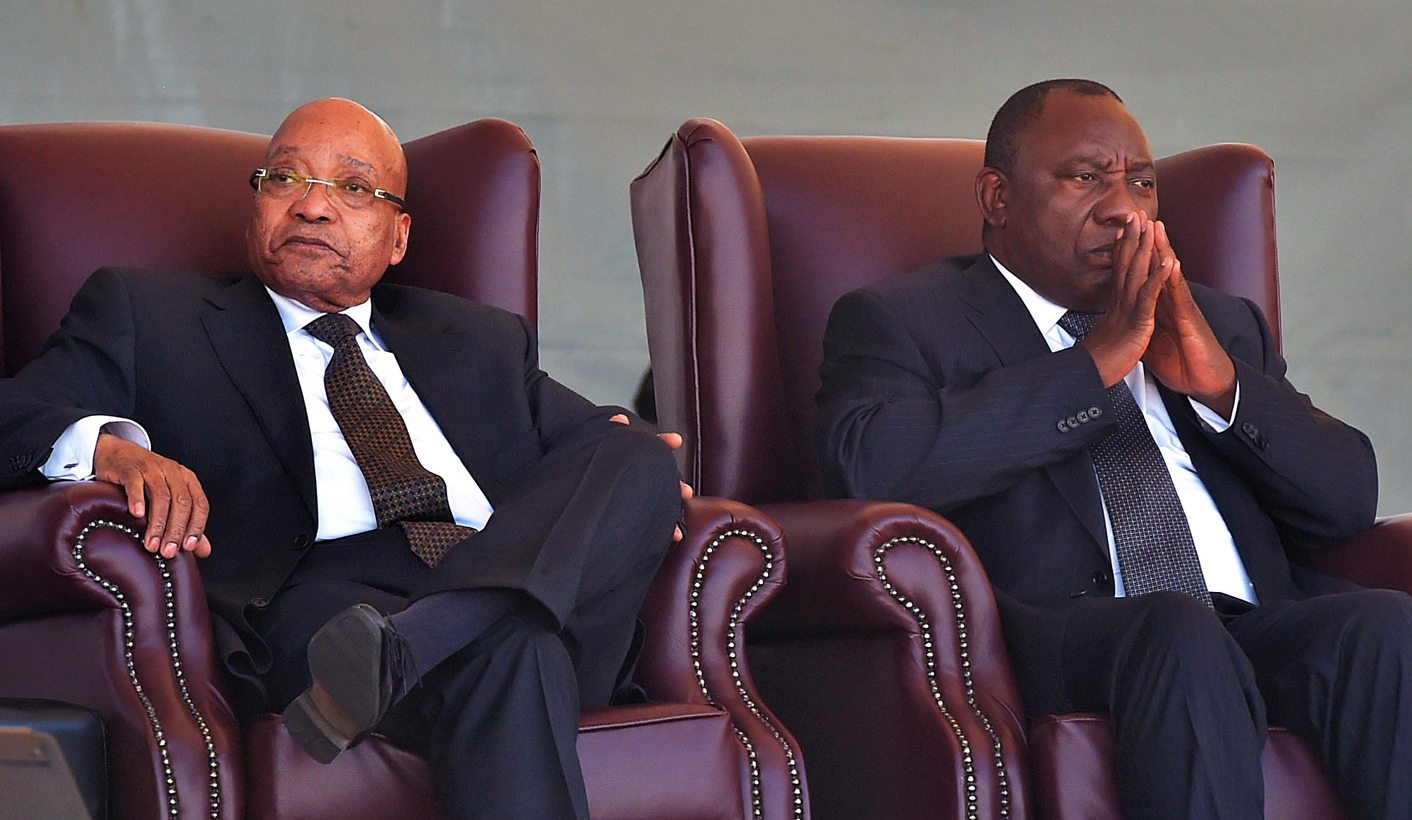 The battle lines ahead of an ANC Top Six meeting on Monday have been drawn.  Speaking at the fundraising dinner for the Aryan Benevolent home  on Saturday, Deputy President of the ANC and the country, Cyril Ramaphosa in a veiled reference to President Jacob Zuma's cabinet reshuffle and the reasons behind it, called on South Africans to support those trying to get rid of “greedy people, corrupt people within our land”. By JILLIAN GREEN.

Here’s what he said in his own words:

We have a great country and we have great people in this country … A greatly talented people and our people yes, are yearning, yes, for leadership. They are also yearning for a government that is going to serve the interests of the people.

What is happening now is a process that is going to trigger that renewal … that renewal that we all need. What you are required to do as citizens of this country is to support, is to support the efforts that are going to be made by those who want to make sure that our country, our country lives up to the values of Nelson Mandela. That our country lives up to the values of Oliver Tambo. Be in support of those who will be leading that charge because a moment of great renewal is upon us and we should not let it go by.

This is the second time in three days that Ramaphosa has spoken out over recent events and decisions made by Zuma.

Speaking to reporters in Bloemfontein on Friday, Ramaphosa said:

“The president has effected his cabinet reshuffle. Before doing so he met ANC officials. It was just a process of informing us of his decision. It was not a consultation because he came with ready made lists. I raised my concern and objection on the removal of the min of finance largely because he was being removed based  on an intelligence report that I believe had unsubstantiated allegations about the minister of finance and his deputy going to London to mobilise financial markets against our country.

Now that I find totally, totally unacceptable that a person that has served our country with such distinction would do something like that. And it reminded me of my own situation in 2001 when there was an intelligence report that said I was involved in a plot to overthrow the government of the president Thabo Mbeki. Now when this one came up, it disturbed me greatly. Because on 2001, once that report came out, I went to Nelson Mandela who said, ‘don’t panic, I will handle this matter’ because it was preposterous even to allege that a person like me could be involved in a plot to overthrow my own government and similarly my strong objection to the removal of the minister of finance and his deputy is being based on spurious allegations and that is the basis of my objection and I told the president that I would not agree with him on his reasoning to remove the minister of finance. And I told him this I would articulate publicly.

So this is where we are. He has made his choice. Let me say the president has the prerogative to appoint and dismiss ministers of his cabinet. It is his choice and he has exercised that choice.

No, I am not resigning. I am staying to serve our people and our government. I have made my views known. There are quite a number of colleagues who are unhappy about this situation, particularly the removal of the minister of finance who was serving the country with absolute distinction, with great ability and he has proven that he is a talented person. For him to be removed for this type of reasoning is unacceptable.”

The top six are expected to meet this afternoon where the events of the last few days is expected to dominate discussions. DM