Op-Ed: The Truth can never be in Check Mate 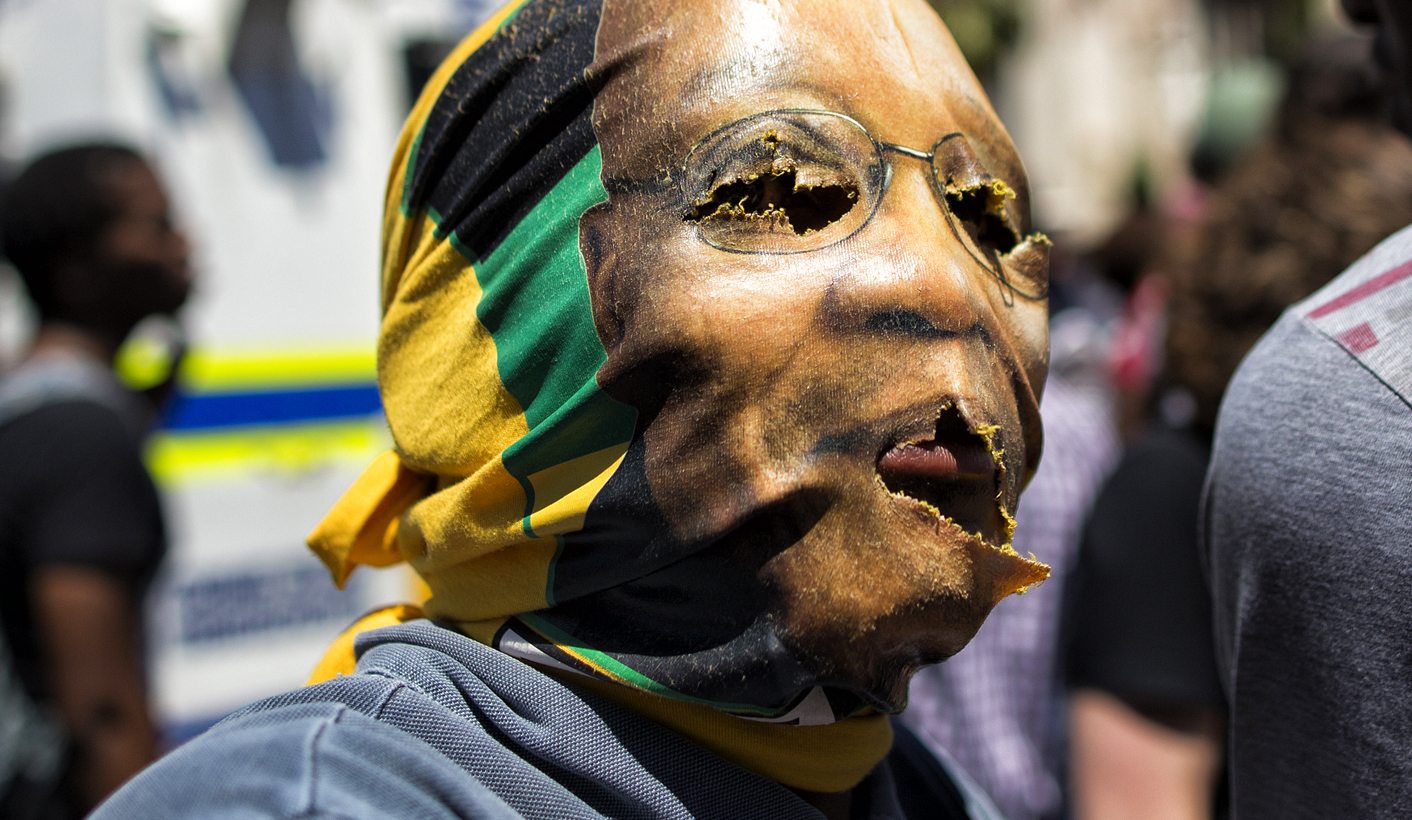 Photo: A student wears a T-Shirt with the defaced image of president Jacob Zuma over his head during a student protest over fees to parliament on the occasion of South African Finance Minister Pravin Gordhan presenting his Medium Term Budget Policy speech to Parliament in Cape Town

The recent announcement by President Jacob Zuma of a Cabinet reshuffle was persistently justified on the premise of a so-called “intelligence report” that contained information on subversive plans against government, named Operation Check Mate. Beyond the wide-ranging responses, an important aspect remains to be addressed: Does an intelligence report equate with “the truth”? No – and even when suggesting facts, the facts merely apply to a specific truth among many. By JASMINE OPPERMAN.

“Truth is a mobile army of metaphors, metonyms, anthropomorphisms, in short a sum of human relations which have been subjected to poetic and rhetorical intensification, translation and decoration.”

People interaction with the world; culture, faith, life expectations and how they experience the world environment lead to filtration lenses through which events are perceived and interpreted, culminating in a self-defined truth. Some of these truths remain that of the individual whereas others are shared and with that the shared truth gives way to responses and interaction with those believed not to share or in opposition to what the actual truth is. By implication there is no actual truth out there, but only competing truths often referred to as alternative truths. To explain: Looking at social media, media houses such as CNN and highly regarded newspapers such as the New York Times, US President Donald Trump is leading the US in the abyss – a truth? President Trump, however, was elected as president with some studies showing support for current actions. What we seeing are truths in competition.

Where does this leave Intelligence, being expected to report the actual truth on what is seen as the truth of threats to national security?

If there is no one truth out there, surely an intelligence report cannot be expected to analyse the truth. Yet, the expectation is, and justifiably so, that an intelligence report will contain facts that inform specific truths. It is supposed to be a source with great credibility as a reference point in directing government responses and policies.

Intelligence is not about discovering the ultimate truth and must never be; as such a truth will merely reflect what those involved in compiling a report believe to be the truth. The task of an intelligence report is to dissect and determine facts to many truths out there pertaining to a specific issue. A truth analysed in a report infers explanations on aspects such as: what informs a specific truth, why a specific truth has gained prominence (the audience sharing the truth) and why the belief in a truth is giving way to specific responses (violent responses). Is this truth right or wrong is not at the centre here, for this will rely on how the Intelligence structure views what the actual truth is.

Truths are presented in a narrative, a story of shared experiences that informed a specific view. These narratives enable substance to justify the support for a truth. If there is a lack of a credible and acceptable narrative, the truth remains confined to the outer fringes of many competing truths. It is only when a broader audience start sharing a narrative that it adds weight to the truth as being logical and acceptable and worth responding to.

There is a concerning risk to this – an intelligence structure awareness of disinformation and/or social engineering, whereby a truth is created for a specific reason, and herein Operation Check Mate is a good example. Disinformation refers to an intent to create a truth (be it immediate or over a period of time) not reflecting or intentionally misleading readers on the actual truths at play on a specific matter. It moves from dissecting truths at play to one of creating the illusion of the actual truth, such as intentional subversion or sabotage for own gains. Let us refer to it as “artificial truth” versus “actual truths”.

This begs a final question: Was the Operation Check Mate report actually an intelligence report? Looking at the format, content and presentation of “facts” (a labyrinth of what is known and the so-called unknown) it just seems highly unlikely, unless the truth out there of an intelligence service serving a political agenda is accepted as an overwhelming truth. For the sake of the future of South Africa and the integrity of intelligence in South Africa, the report surely would not even have been compiled by the weakest link of analysts in intelligence. Let us hope. DM

Photo: A student wears a T-Shirt with the defaced image of president Jacob Zuma over his head during a student protest over fees to parliament on the occasion of South African Finance Minister Pravin Gordhan presenting his Medium Term Budget Policy speech to Parliament in Cape Town, South Africa, 26 October 2016. EPA/NIC BOTHMA