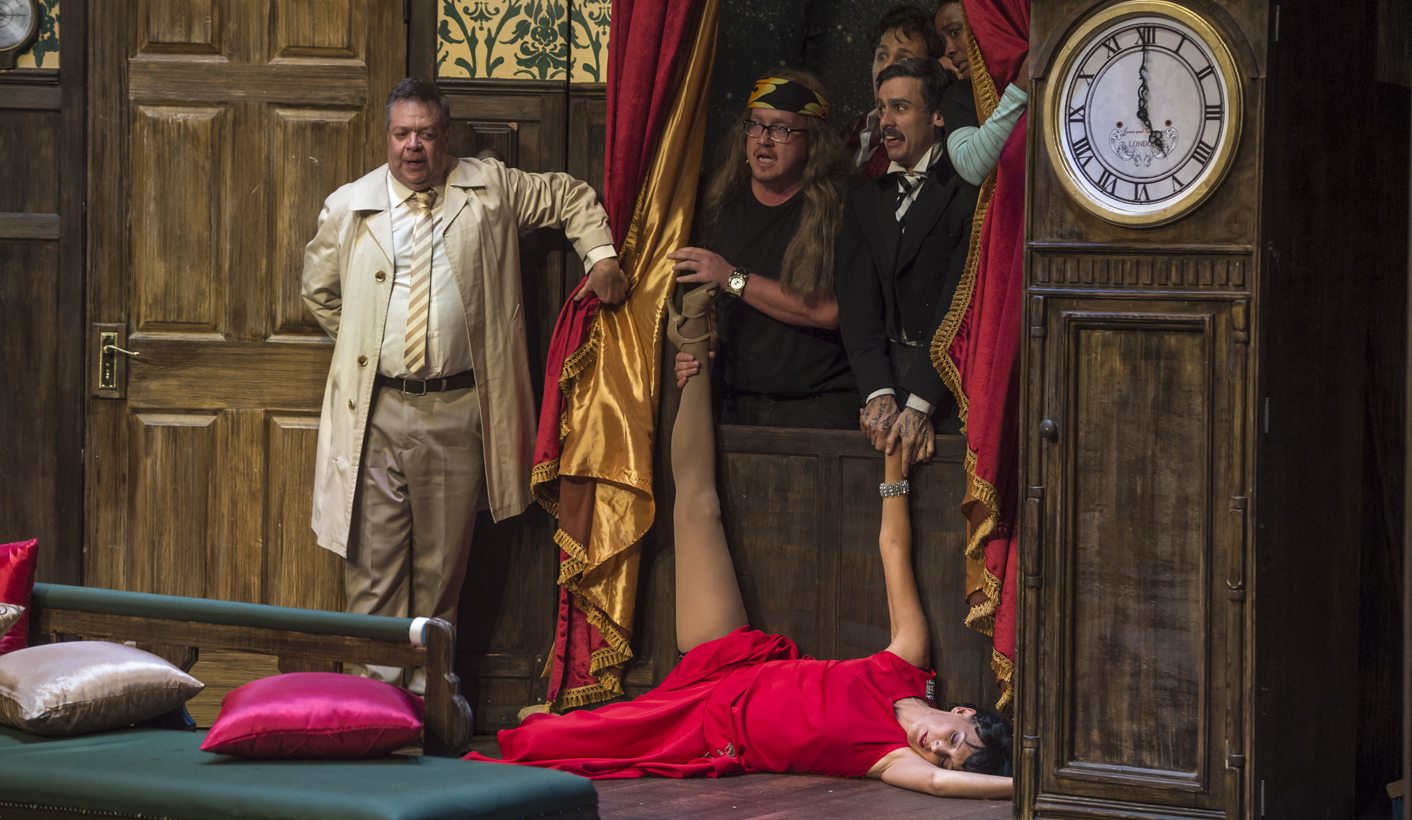 The cast of The Play That Goes Wrong does it perfectly, reducing the audience to helpless guffaws in this multi-award-winning romp. It’s the loudest I’ve heard an audience laugh for a long time, with unbridled glee rocking the aisles as the madcap antics are matched with smart humour and brilliant timing.

The plot is simple on one level – an amateur dramatics group is staging an ambitious murder mystery, complete with a sound engineer in the wings and a paucity of functioning props. On another level it’s way more sophisticated than the words “farce” or “slapstick” conjure up. There’s a finesse and beauty to this production that make the belly laughs ache all the more.

Written by Henry Lewis, Jonathan Sayer and Henry Shields, the play has graced London’s West End and Broadway and won kudos including the 2015 Olivier Award Winner for Best New Comedy. It’s been brought to South Africa by Pieter Toerien Productions with a local cast under the guiding light of master comedian Alan Committie as the director.

Nobody in the cast stands out, because they all do. The line-up is crackling with comic names, with Robert Fridjhon superb as the slightly priggish Thomas Colleymore, Russel Savadier making a commanding inspector and Theo Landey being unbelievably funny even though he’s playing a dead body.

It’s supremely silly, with visual gags galore. Some of the most hilarious physical moments come when the lesser-known actors Nicole Franco and Sive Gubangxa are slugging it out in a catfight to be the leading lady.

Completing the cast are Craig Jackson as a flamboyant brother of the corpse who hams it up for the crowds; Roberto Pombo, who elicits huge laughs with his mispronunciations as a dense butler, and Louis Viljoen as a rogue sound engineer who contributes immensely to the melodrama.

They all play off each other beautifully, in a script laced with lovely puns, rich wit and endless muddled up interactions that work because the comic timing is flawless.

The exquisite stage set would do an Agatha Christie whodunnit proud, until the precarious scenery begins tumbling to pieces in perfectly co-ordinated comedy.

I’d watch this lovely lunacy again in an instant. DM

The Play That Goes Wrong runs at Montecasino Theatre until April 30 then moves to Cape Town’s Theatre on the Bay from May 3-June 17.