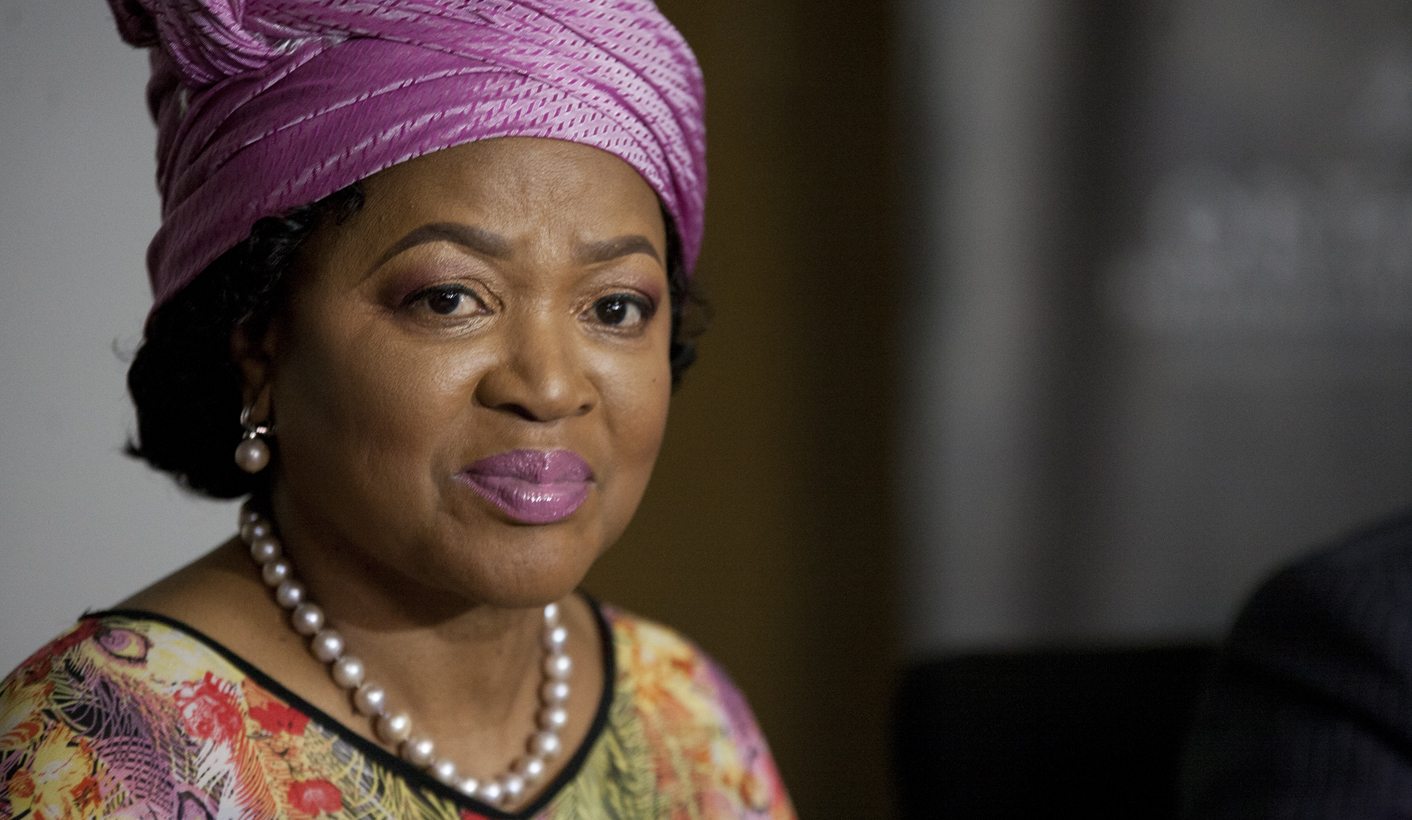 Speaker Baleka Mbete hit the ground running on Sunday, after she cut short a working trip to Bangladesh to attend to submissions to her office by opposition parties for parliament to convene a special sitting for a vote of no-confidence in President Jacob Zuma. By MARIANNE THAMM.

Mbete said she would need to consult MPs who were currently on constituency work and report back in the week. She also acknowledged South Africans were looking to parliament to display leadership at this critical moment.

Highlighting the sense of urgency of the political crossroads South Africa has reached, a visibly tired Mbete told media on Sunday that she hoped to make a decision in the following week after consulting ANC Chief Whip, Jackson Mtembu.

Mbete addressed media and took a barrage of questions just hours after her plane touched down at OR Tambo. She said parliament’s rules required the speaker to asses the complaint by opposition members, consult with Mthembu, as well as the Leader of Government Business, Deputy President Cyril Ramaphosa, before announcing her decision.

“Given the seriousness inherent in the Motions of Confidence and their implications on the nation, I have, therefore, decided to cut my working trip to Bangladesh to ensure that these requests are given the appropriate consideration,”said Mbete.

The Speaker of Parliament said she was “alive to the extreme challenges and sense of anxiety our young democracy is going through at this moment” and that “South Africans are expecting our institutions of democracy such as Parliament to demonstrate decisive leadership. This is a responsibility that Parliament, for its part, does not take lightly. I, therefore, assure South Africans that this legislative arm of the State must and will rise to the occasion.”

Mbete said there was currently no provision in parliament’s rule book for a secret ballot.

ANC leaders Gwede Mantashe, Zweli Mkhize and Cyril Ramaphosa have spoken out against Zuma’s decision to reshuffle cabinet, but Mbete, who is also ANC national chairperson, said, “I can’t comment on things that happened in my absence.”

“I’m still to hear what was going on, including what happened that we ended up all speaking like that and when I have a full understanding of that maybe I can comment.” Mbete appeared to disagree with the decision of the other ANC top six officials to speak out on the reshuffle. ANC leaders will meet on Monday at Luthuli House.

Mbete said the president called her on Thursday and said he was reshuffling cabinet, but he didn’t explain the details of the decision.

Commenting on Mbete’s consulting process, opposition leader Mmusi Maimane speaking at a separate DA press conference said: “What she’s asking to do is for an instruction from Jacob Zuma.”  Mbete is “biased” as Speaker of the National Assembly. “She’s part of the problem.” DM

Photo: Speaker Baleka Mbete addressed media at OR Tambo international Airport on Sunday after opposition parties launched a motion of no confidence vote application against the president. (Photo: Greg Nicolson)