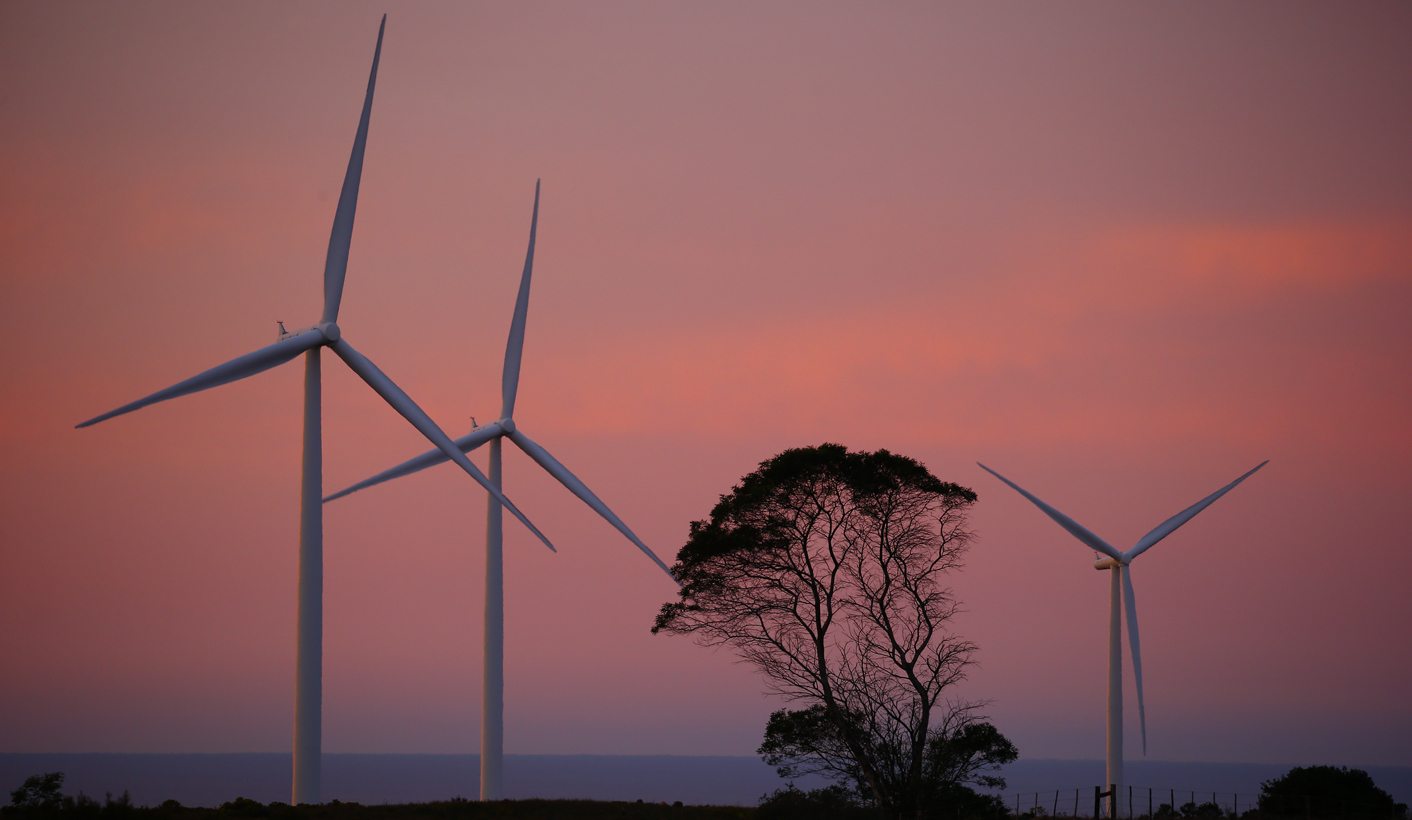 Amid the recent irrational conduct by a president who believes he is entitled to remove competent ministers from office in South Africa, we also see the conduct of leadership within State-Owned Entities (SOEs) who appear to act with equal irrationality and conduct that exposes Eskom’s unsustainability. By TED BLOM.

Eskom’s refusal to sign off on more renewable deals has featured in the headlines for several months now. Many do not understand Eskom’s behaviour and serious slurs were aired at Eskom Management’s reluctance to give effect to DOE agreements.

In order to better understand where the problem of “surplus power” started, one needs to cast one’s mind back to the state of affairs reigning prior to 2010. Eskom had just recovered from the 2008 rolling blackouts and ruling party politicians promised the nation there would be no more blackouts “in our lifetime”.

During  the 2010 World Cup Soccer tournament, the electricity balance was again an issue, and might have resurfaced if the projected 500,000-plus “soccer visitors” had materialised. Vast additional temporary generation capacity was installed at all the stadiums and hotels. Bold calculations estimated that peak demand could increase by up to 5 GW. The low turnout of soccer tourists may have reduced the pressure on the grid, but sadly it would never compensate for the over-expenditure on stadiums and additional infrastructure rolled out at great cost.

At about the same time the Department of Energy was being hounded by politicians and Renewable Energy (RE) lobbyists alike, that Eskom was behind the curve in its rollout of RE. It was time for the department to get involved.

Unfortunately, at that time the department of Energy was operating off an outdated IEP (Integrated Energy Plan), which dated back to 2002. Thus, true to form with unsystematic planning, a rushed 2010 IRP (Integrated Resource Plan) was cobbled together, lacking partially in the scientific scrutiny and input required of a process of this nature.

This took place against the backdrop of the failed Areva nuclear energy bid that Eskom had ditched late in 2008, claiming the proposal was unaffordable. It now appears that, true to form, political meddling might have driven the decision to drop the nuclear tender, as has been highlighted by a recent enquiry in the French and Canadian parliaments, which has exposed that in the run-up to the Areva tender, some $3.5-billion changed hands, disguised as sale and purchase of reserves that everyone knew had no commercial value close to that number.

Nevertheless, the DoE decided to lead the way with its Renewable Energy Independent Power Producer (REIPP) bid process, and for obscure reasons did not follow a normal tender procedure, but instead, requested bids at different prices. As it turns out, these prices were multiple times more expensive than the then prevailing energy prices from Eskom (i.e. R3.25/kwh vs Eskom’s cost of electricity at below R0.50kwh). The DoE somehow managed to garner the political support to proceed with this programme and the first renewables were connected to the grid in 2013. With guaranteed revenue included in the DoE offering, the massive oversupply of proposals was anticipated.

It is at this point around mid 2016 when Eskom’s Brian Molefe  awakened to the fact that if the DoE were to continue along this tangent, Eskom itself would eventually be priced out of the market. This was probably more of an inspiration for him to jump the Eskom ship, as opposed to the heat generated from the “leaked” Dentons report and the Public Protector’s expose of his frequent Gupta home visits.

And all the while time was moving on, the DoE was asleep and no one bothered to keep the IEP and IRP data up to date. If they had, they might have seen the growing electricity surplus climbing with every additional Renewable Energy (RE) bid window being adjudicated. Accordingly, the national electricity capacity grew from 42 GW (Eskom based) to 46.6GW currently (including REIPP rolled out to date), and when Medupi and Kusile are completed (eventually), South Africa will have an installed electricity generation capacity of around 55GW by 2022.

This needs to be contrasted to a shrinking peak demand which has effectively fallen from 34GW to around 27GW. This in itself is a significant problem for any energy reseller. However, in the case of Eskom, the situation is exacerbated as it is forced to purchase all the renewable power as contracted on its behalf by the DoE. While such an arrangement might be tenable in a fast growing energy scenario, it becomes suicidal in a shrinking demand situation, such as the one we have been in for a while now.

Placing oneself in Eskom leadership’s shoes, one can see why the resistance to these RE contracts is so real for them. They have a financial nightmare looming which is made worse under President Jacob Zuma’s “zero growth radical policies”. And with the new energy efficiencies and rooftop solar becoming a big entry into small and medium scale development build programmes, Eskom’s own generated sales could reduce to less than 23GW  by 2022.

On top of this, Eskom will have to service own installed capacity of around 49GW (including some of the most expensive generating capacity in the world at Medupi and Kusile) with sales demand for its own electricity at a mere 23GW. Their only way out of this hole will be to increase tariffs, but by doing so, they dig their over-supply hole deeper. Enter the self-fulfilling death spiral, exacerbated by poor leadership decisions of recent times which gave rise to their mounting debt pile and declining productivity. Oh dear, South Africa, get ready for the mother of all bale-outs.

The above scenario is an optimistic one, as somehow Eskom and the DoE have neglected to factor in possible household generation (self supply) that could grow to a further 8GW over the next decade or so. Add to this the self generation and local grid connection talk of larger commercial developments and even towns and cities – as spoken of by progressive DA-led councils – and Eskom’s headaches will only get worse.

It doesn’t take a rocket scientist to see that demand for Eskom power (and thus their sales) will continue to go south, meaning that their generation capacity will be more than double that which they will be able to sell. This explains why acting CEO Matshela Koko may be talking about closing down the older coal-fired power stations, and seizing the opportunity to blame RE commitments to deflect the dilemma away from whence his reality is at. The bigger dilemma for him, though, is that by closing down old coal generation units, while addressing some of his emission issues, he will be removing some of his cheapest electricity production units.

No need for nuclear

There is certainly no need or room for new nuclear energy, so whatever is behind the nuclear talk is clearly irrational political pressure at play, probably with some “pay back the Russian money” pressure being thrown into the mix. Caught between a rock and a hard place doesn’t begin to describe the situation. But whatever route Eskom takes, their financial model is doomed. Don’t be alarmed if Eskom stands before Nersa at the next round of Multi-Year Price Determination later this year and asks for, wait for it…. an increase in electricity tariffs of between 25% and 35%.

Madness is the only explanation for this situation and clearly any further increases granted to Eskom cannot be a long-term solution. Conversely, it adds to their demise as it will only incentivise self-generation via solar and other means for future large scale commercial and residential developments.

The DoE and Eskom’s leadership need to thrust themselves into a serious reality check. They should bring to a close the endless wasteful spending at Medupi, Kusile and other plants (mothball Kusile is the call). Cut out the hundreds of unnecessary headcounts, address the coal contracts and remove the corrupt overpriced ones, bring back extreme efficiency processes, maintain and clean up existing plants for extended life and essentially become again the lean energy production entity that it was in the late 80’s/early ‘90s.  And they should never be allowed to build another power plant of any kind, given their putrid track record in this regard.

Unfortunately (for South Africa and all who live therein), while the current guard are ensconsed and under the fiddle of the master #1 piper, this dream will not become a reality. For the big stakes capital expenditure projects lie here and in other State-Owned Entities, where the easiest of plundering takes place, hidden behind scope creep, poor audits and other nonsensical explanations. As the classical saying goes, “you can’t leave those who created the problem in charge of finding the solution”.  So until there is a change of guard at the helm, the looting lieutenants will continue to party while concerned South Africans will watch the waste, maladministration and corruption roll on. DM

Ted Blom is Portfolio Director for Energy at OUTA.