Op-Ed: Could the removal and replacement of Gordhan be deemed an act of economic terrorism? 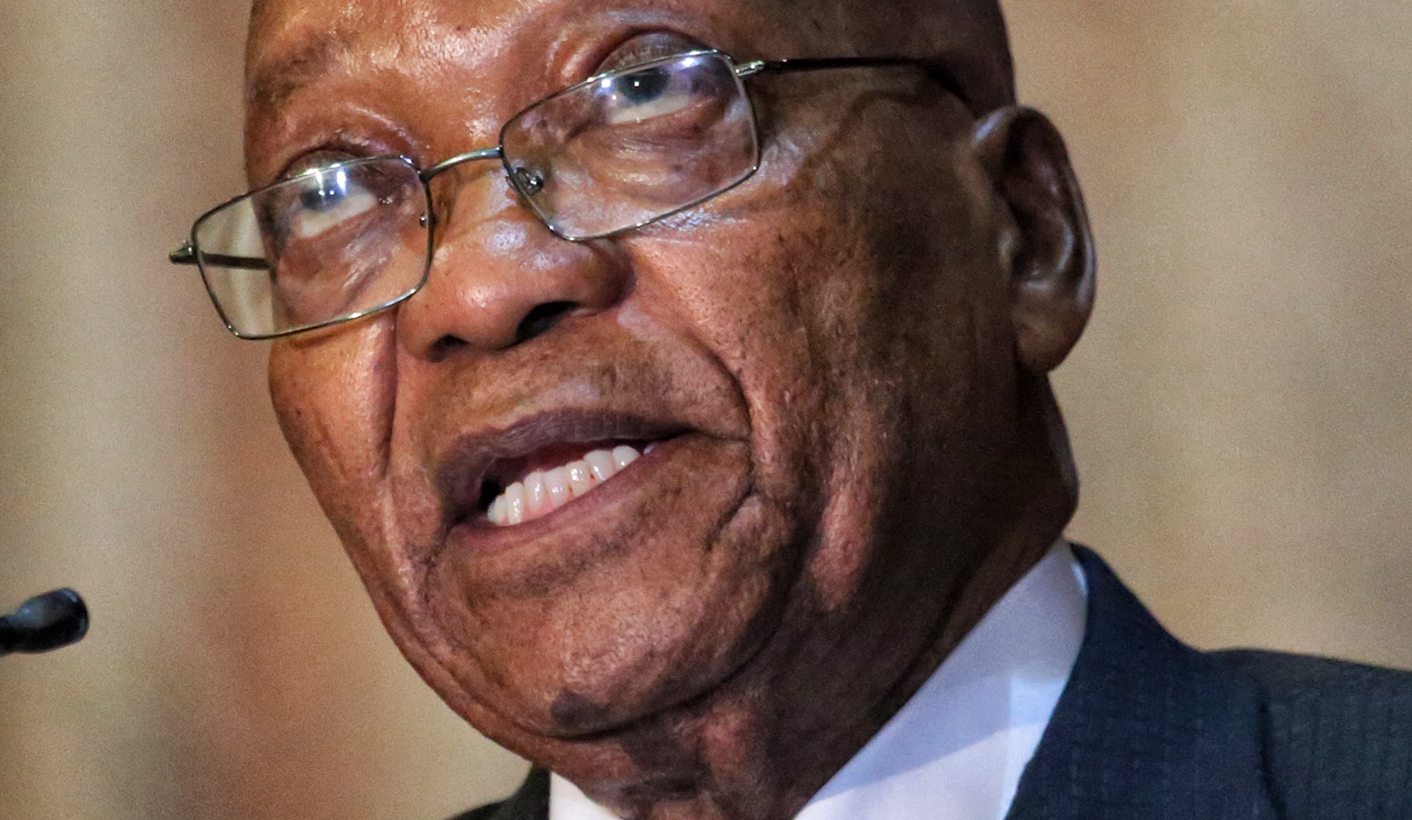 Bear with me, I will explain how I have reached the conclusion that the firing of Pravin Gordhan is probably an act of economic terrorism, but I first have to venture into whether the firing of Gordhan is likely to pass Constitutional muster, if tested against the rule of law. The bar has been set pretty low for executive decisions to be deemed to be rational, but it might still be high enough to present a credible threat to the legitimacy of President Jacob Zuma’s decision and open the door to civil and criminal sanctions should a court test his reasons for sacking Gordhan.

We were recently engaged by an NGO to write an opinion on the eligibility of certain persons to become members of the national assembly, cabinet and the ministerial corps, and a political party to provide an opinion into the lawfulness of Zuma’s anticipated removal of respected Finance Minister Pravin Gordhan. During our research we delved into the power of the President to hire and fire Ministers, and in the process a piece of legislation dealing with the concept of economic terrorism came to the fore, leaving us with a fascinating legislative frame of reference on the nature of Zuma’s conduct.

Zuma and Gordhan, both, Struggle stalwarts, have been engaged in an increasingly public tussle for the last year and a bit. The public has been left to speculate what the actual reasons are. Most ordinary South Africans are of the opinion that Gordhan’s prudent financial management has been seen as an obstacle to Zuma’s Radical Rent Seeking Agenda (RSSA – maybe a more apt abbreviation for the Republic under Zuma), which he has couched as one of Radical Economic Transformation.

Many people, like Faith Muthambi (coincidentally a survivor of the cabinet reshuffle) have ventured the opinion that Ministers serve at the President’s pleasure and it is his prerogative to hire and fire them as he pleases, and that this power is one that goes unchecked in a democracy based on he rule of law. This conception of the President’s powers to appoint and dismiss Ministers is however born from severe ignorance of the South African Constitution and the rule of law.

The “rational relationship” test, which is a rule of law test, applicable to the decision of Zuma to fire Gordhan, is two-fold.

Zuma would probably have had to apply his reasons to every single minister he replaced, or would have to have some rational basis for believing that the sum of the replacements would be reasonably capable of achieving those legitimate government objectives he ostensibly have his eye on.

Only three of the reasons provided by Zuma are applicable to the firing of Gordhan. Let’s investigate these reasons:

Gigaba is 46-ish and Gordhan is 68-ish. So what? Which legitimate government purpose is served by appointing a minister based purely on his age? And how will the firing of Gordhan as a result of his age, contribute towards that purpose?

Age, if viewed as a reason in isolation, is unlikely to be a rational basis for removing a minister whilst the minister is still in good health, doing a stellar job and the likely consequences of his removal will result in potentially devastating economic loss. This reason would thus have to be part of a package of reasons, which it is.

It is not impossible that he would be able to fashion an argument in support of this reason, but framing it in specific enough terms should prove to be a challenge.

That leaves us with the last officially stated reason Pravin Gordhan was removed: He is not viewed by Zuma as the ideal appointee to advance Radical Economic Transformation.

Which legitimate government purpose is Zuma talking about when he talks of Radical Economic Transformation?

Zuma must have a rational basis for believing that specific legitimate Radical Economic Transformation objectives will better be served by Gigaba as Minister of Finance, taking into consideration the probable major economic loss occasioned by the decision. If I understand him correctly, his reason is that Gigaba as Minister of Finance and a part of Cabinet, is likely to better serve the radical economic transformation agenda.

This would probably at least require Zuma to have juxtaposed the contributions of both Ministers in the execution of the transformation contributing policies under their control and to have reached the conclusion that he has a rational reason to prefer the one to the other.

And once he has gone through this mental exercise, he would probably have to answer how he believes Gigaba will achieve this with less money as a result of the removal of Gordhan.

“(a) any act committed in or outside the Republic, which-

Section 1(5) of the Terrorist Act further states that:

“Notwithstanding any provision in any other law, and subject to subsection (4), a political, philosophical, ideological, racial, ethnic, religious or any similar motive, shall not be considered for any reason, including for purposes of prosecution or extradition, to be a justifiable defence in respect of an offence of which the definition of terrorist activity forms an integral part.”

Is there a causal relationship between the major economic loss and the removal and replacement of Gordhan? Various analyses were done after the removal of former Finance Minister Nene which transpired under similar circumstances at the behest of the same provocateur, in which the country’s economic losses were attributed entirely to the decision to remove Nene unexpectedly and for unsound reasons. An expert would have to conduct a scientific exercise wherein he proves this hypothesis, but I am of the early view that this causal relationship can be proven.

If proven, the definition of a terrorist activity is likely to be satisfied. The question remains whether Zuma is culpable as a result of his actions and the consequences flowing from them?

To answer this question, one would first have to ask the question whether the major economic loss occasioned by the decision to remove Gordhan was reasonably foreseeable?

The Nenegate scandal produced significant anecdotal evidence that the firing of a Finance Minister for shoddy (and probably unlawful) reasons, is likely to result in major economic loss. If one follows that line of reasoning, the major economic loss occasioned by the removal of Gordhan would be reasonably foreseeable. Although Zuma has expressed his disdain for the immoral cold hearted markets, he cannot ignore them by turning a blind eye.

The Terrorist Act specifically excludes political, ideological, racial, ethnic or any other motive as a defence to an act of terrorism. So maybe his reasons are irrelevant if he should have reasonably foreseen that the removal of Gordhan would result in major economic loss, and maybe he should have stopped right there.

This analysis is likely to elicit strong responses, the strongest of which is hopefully the courage of an organisation seeking to hold the President accountable for his actions to pick up this baton and pursue it with all their might. DM

Ivan Herselman is an admitted advocate, the former director of legal affairs at OUTA and currently a director of Argumentum, a legal consultancy practice specialising in accountability law.