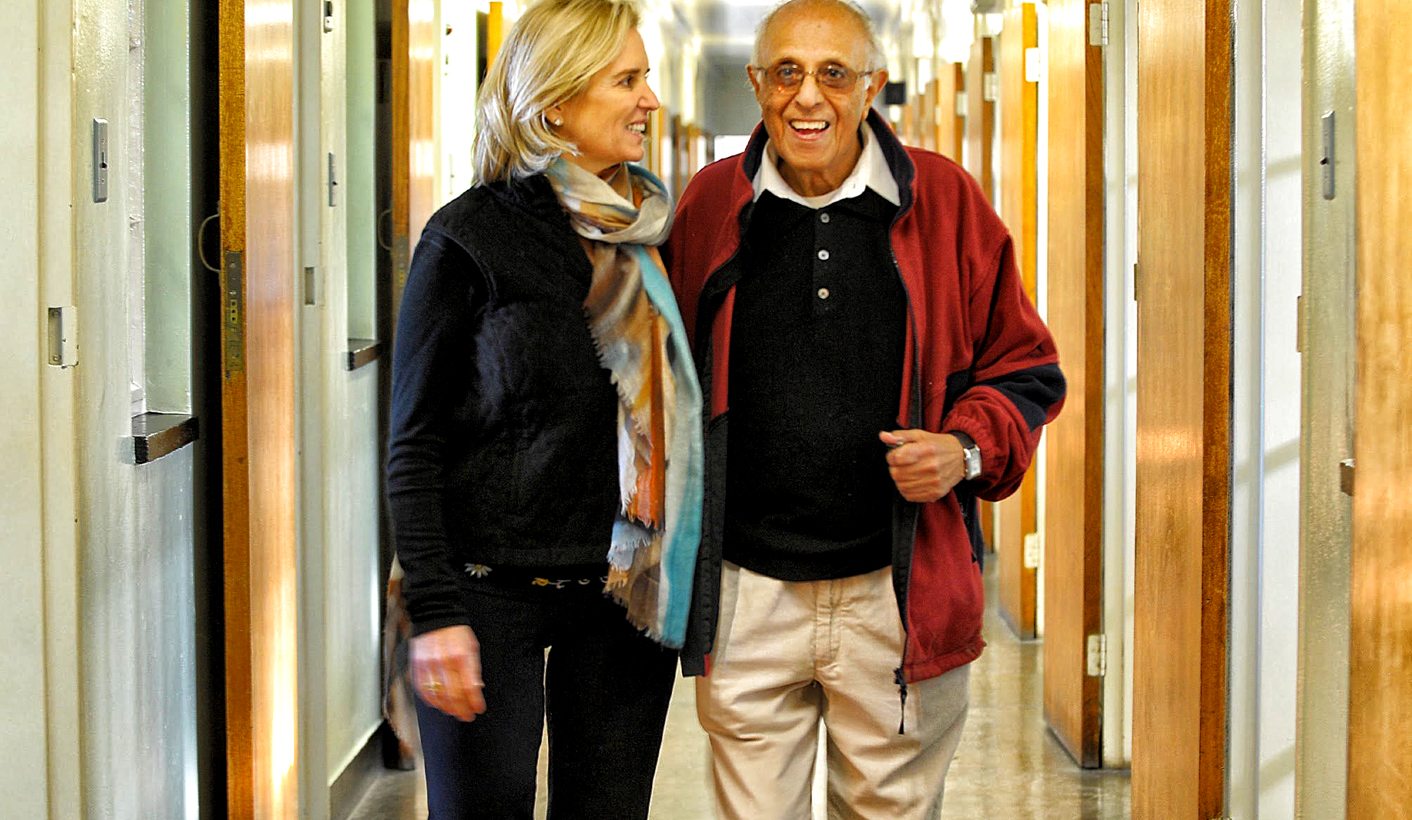 On Robben Island, Ahmed Kathrada guided members of my family, six members of the US Congress, and two survivors of the Emmanuel AME Church hate crime shooting in Charleston, South Carolina, through a history of torment. By KERRY KENNEDY, President, Robert F. Kennedy Human Rights.

Ahmed Kathrada always started the day with a cold shower.

The icy showers that punctuated the dull routine of incarceration on Robben Island are a bitter memory for many, but Ahmed had a different outlook. In freedom, his daily showers served as a reminder of what had been, and the promise of progress still to come.

Kathrada, known affectionately by many as “Uncle Kathy”, shared this story with me on my third trip to Robben Island, where he guided members of my family, six members of Congress including American civil rights hero John Lewis, and two survivors of the Emmanuel AME Church hate crime shooting in Charleston, South Carolina, through a history of torment.

For Kathy, sentenced to life imprisonment alongside Nelson Mandela after the 1964 Rivonia trial, the walls of Robben Island informed every aspect of his life for 18 long years. But walls and barriers never defined Ahmed Kathrada. He could not be caged.

Kathrada took us to the quarry, where prisoners suffered eye damage and horrific injury breaking an endless stream of glistening white rocks. Guards made it a point, Kathrada said, to dump the completed piles of rocks into the sea.

Kathrada’s eyes bore none of the pain I expected. Trapped in a cycle of endless labour, Ahmed recalled how the guards made camp on the hills surrounding the quarry. Whenever the warden drifted to the far side of the hill, Ahmed, Mandela and their fellow labourers stole a moment to sit and talk politics.

He showed us cells where guards decided prison rations based on race. It was okay, he told us. When the guards walked away, Kathrada and other prisoners found ways to share food and keep spirits high.

There were multiple offers for release, Kathrada told us. Once, after six years, officials offered Ahmed early release on the promise that he never speak publicly on political issues. When he asked if the other prisoners would be released, Kathrada was told no. He refused.

Several years later, officials again offered early release. He could even speak about politics, so long as he remained only in South Africa. Again, Kathrada asked if his fellow prisoners would join him. Again, prison officials declined. He refused.

Many in our group wept during the tour, but sorrow was not what Kathrada invited us to understand. Despite living a daily nightmare on Robben Island, he never felt confined. His message was simple: our most profound prisons are internal. We decide if we are second-class citizens – no law or outside power can make it so.

I still wonder how a man so wronged by injustice could retain the inner strength to reshape the reality of a captivity designed to approximate Hell. But I saw the same forgiveness in the eyes of Congressman Lewis, who nearly died from beatings received at the hands of white police officers. I saw that same forgiveness in the eyes of our guests from the Emmanuel AME Church, who forgave and prayed for an attacker filled with hatred towards African-Americans.

They, too, refused to be defined by outside forces. They shared the power of Ahmed Kathrada’s spirit.

At a time of global polarisation and extremism, it is a fitting tribute that halls of power around the world paused to commemorate how Prisoner No. 468/64 used his inner truth to display the injustice of old ways.

That truth informs and improves the work we do at Robert F. Kennedy Human Rights, and the members of Congress who attended returned to the United States deeply affected by their experience. That was the Uncle Kathy I met: a man capable of moving influential minds without threats or hostility.

We were only a handful of the people Kathrada met and spoke with in his long life. The scope of his influence is immeasurable.

Ahmed Kathrada took the freedom he felt in his heart and turned that energy outward to immense positive change for South Africa. That lesson endures today, uncaging the hearts and values of a new generation of activists for peace and justice around the globe.

Those lessons of forgiveness and empowerment will continue to fly above Robben Island long after walls of stone have crumbled and tributes in newspapers have faded. They will go on existing inside every champion for justice, forever uncaged. DM

Photo: Ahmed Kathrada with the author at Robben Island, May 2016 (Jeffrey Abrahams)