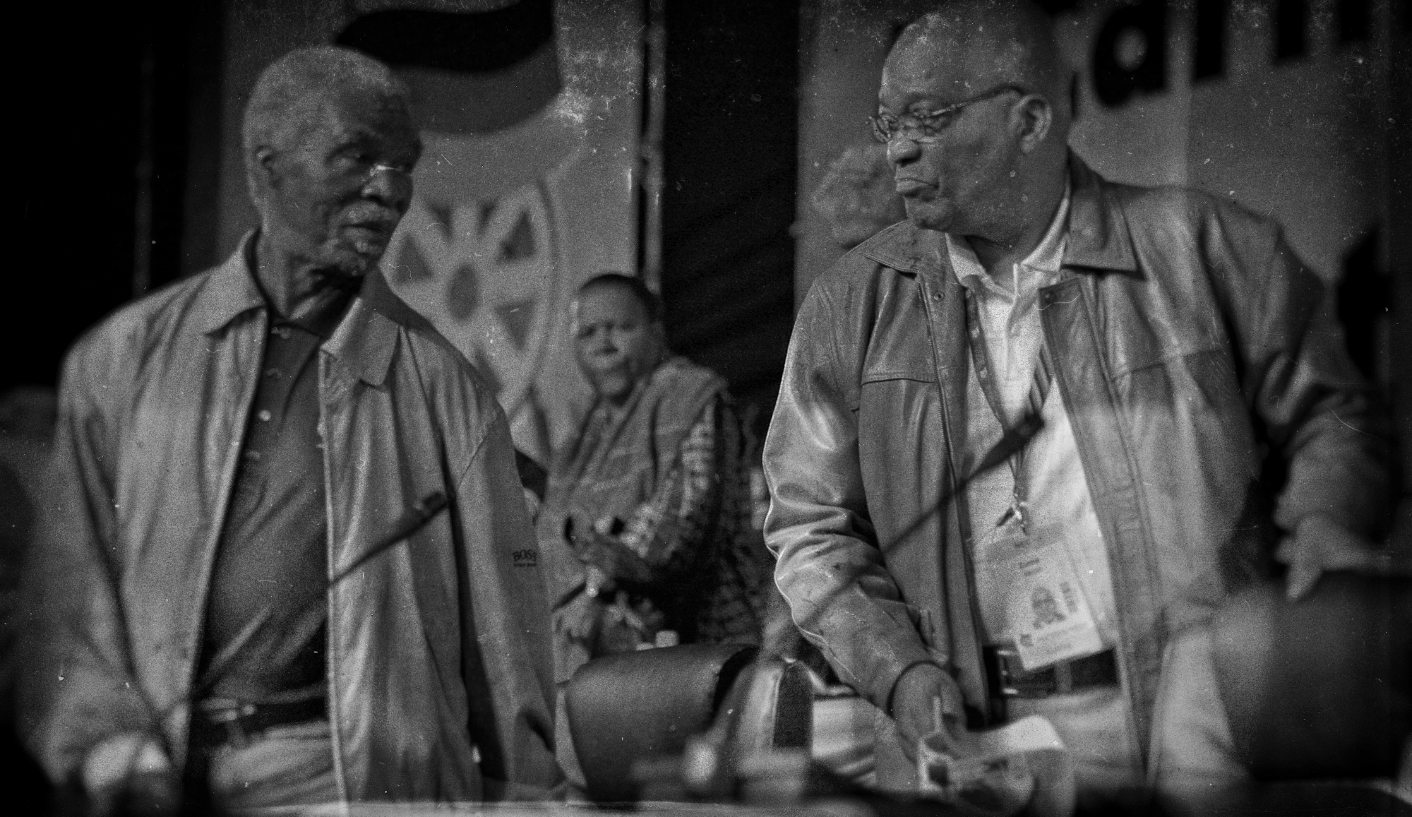 Having reported with many journalist colleagues on the darkest days of former President Thabo Mbeki and his health minister Dr Manto Tshabalala-Msimang’s distressing, fatal and quite mad HIV-denialism, the latest saga around social grants did bring back a sense of déjà vu. By ANSO THOM.

The denialism of the very real crisis and potentially devastating impact on the poor, spearheaded by President Jacob Zuma and his Social Development Minister Bathabile Dlamini, brought back some painful memories.

Once you start joining the dots and making the links, the similarities in some instances are remarkable.

Under Mbeki and Tshabalala-Msimang we had the following:

We ended up with a poisonous concoction that not only made us the laughing stock of the world (a quick google of the 2006 Toronto Aids conference will offer enough evidence), but also spread terror, confusion and heartache among poor people who could not afford the life-saving medicine. These vulnerable people were on the receiving end of so many conflicting messages from their leaders – people who they looked up to for guidance.

Fast forward a couple of years to 2017 and again we have a similar recipe albeit with slightly different ingredients.

But perhaps that is where the similarities end. Many have tried to understand how Mbeki, by all accounts an intelligent man, became so swayed by the denialist theories that he was willing to risk his legacy, to reject science, science that actually saves people’s lives.

Tshabalala-Msimang, a medical doctor by training, went from a poster child of good health to a pariah who did not miss an opportunity to promote her vegetable remedies. Whatever motivated their deadly denialism, it seems unlikely that corruption had much to do with it.

In this regard Jacob Zuma and and Bathabile Dlamini are not quite the same. One cannot but think that the absolute chaotic handling of the social grants matter has the stench of corruption. A stink of lining the pockets of friends and ensuring that money, lots of it, ends up in the right or wrong places, depending on which team you back.

But, corrupt or not, the past and present again converge when both the Mbeki and the Zuma teams chose then and again choose now to turn their backs on the cries of the poor. To block their ears and continue to operate in a “lala-land” where there is “no crisis” and we live in a “funny” democracy.

How galling it was to receive a meme on Whatsapp last week – Minister Dlamini grinning in one corner. A massive hashtag in bold, red letters #SASSACARES screaming at the receiver.

A line below reads: “All social grants will be paid out from the 01 April 2017 as promised by our caring Government.”

“Caring” Government? Not then, not now. Now as then, government has lost touch with the reality faced by poor people in South Africa. For this, Zuma and Dlamini will pay the price as Mbeki and Tshabalala-Msimang did – only this time, another decade further into ANC rule, they will also probably have dragged the party down with them. DM

Anso Thom is the Head of Communications at SECTION27 and co-editor of Spotlight.

Elri Voigt for Spotlight • 21 hours ago