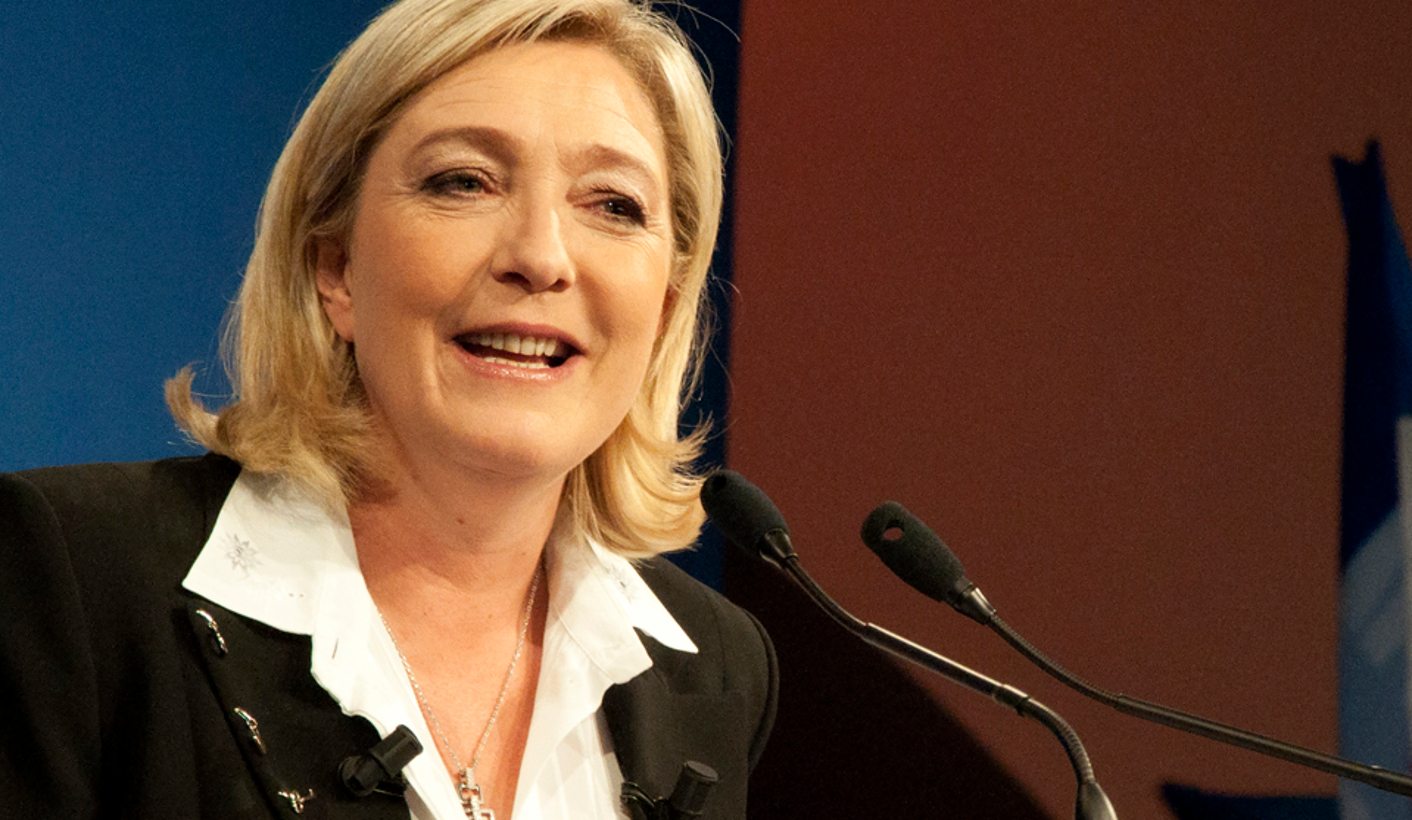 French presidential candidate Marine Le Pen focused on terrorism and migration during her recent visit to Chad. By Yann Bedzigui and Liesl Louw-Vaudran for ISS TODAY.

French politicians have a long history of displaying their links with Francophone African leaders to boost their “presidential” standing back home; and the current race to the polls has been no different.

Four of the front-runners in the elections that take place on April 23 and May 7 have visited Africa in the past few months.

The centre-right François Fillon went to Mali and Niger at the end of last year, while earlier in 2017, independent candidate Emmanuel Macron and the Socialist Party’s Benoît Hamon visited Algeria. Last week, the leader of the far-right National Front (FN) party Marine Le Pen jumped on the bandwagon when she visited Chad – her first tête-à-tête with an African leader.

In the past few years, this central African country has distinguished itself as a strong ally of France’s military operations in the Sahel and in the Central African Republic. Chad’s President Idriss Déby is part of the G5-Sahel grouping (Chad, Mali, Burkina Faso, Niger and Mauritania) that aims to create its own military force against terrorism in the Sahel. It is also the base of the African Union (AU)-supported Multinational Joint Task Force against Boko Haram.

Le Pen’s trip was in part to meet with French troops fighting terrorism in the Sahel as part of France’s Operation Barkhane. The photo opportunity with Déby made news across the region and in French pan-African media.

Though outspoken about her anti-European Union (EU) and anti-immigration stance, Le Pen has been trying to put a more respectable face on the FN. She has also tried to boost her campaign by meeting foreign leaders such as Déby and Russian President Vladimir Putin.

Le Pen came third during the first round of presidential elections in 2012 and expects to qualify for the run-off in April.

Both terrorism and migration feature prominently in the election campaigns of all the candidates. While Le Pen might differ from current French policy when it comes to the details, there seems to be agreement regarding fighting terrorism in Africa more broadly.

Like many other French politicians, Le Pen’s campaign highlights how increased French defence spending and development assistance would lead to a decrease in terror attacks in the Sahel, and fewer migrants. To this she adds sorting out the chaos in Libya – where various terror groups active in the Sahel are based.

In her statement made in N’Djamena on March 22, Le Pen vowed to raise French development aid to Africa to 0.7% of the GDP; higher than it has been under outgoing President François Hollande (0.37% in 2016). This would cover both development and security.

According to her statement made to the Chadian National Assembly, the focus would be on security forces, agriculture, infrastructure, education and health. All these areas are already part of the priorities outlined by the legal framework document on development assistance, adopted by the outgoing socialist government.

Another element of continuity is that Le Pen also pledged to give this aid to governments, rather than civil society. Her focus, however, is on Francophone Africa – rather than the current larger focus of French development aid to other parts of the continent.

The major difference between Le Pen and current French policies is her preference for bilateral aid rather than multilateral instruments, such as the United Nations and the EU, through which France channels its support to the AU’s peace and security architecture.

This approach, which resonates among FN followers and some Euro-sceptics, might be different in its implementation, but doesn’t differ fundamentally from the French mainstream consensus on Africa.

France’s fight against terrorism in the Sahel has been costly for the country and has only been partially successful in re-establishing long-term stability.

France’s Operation Serval, launched in 2013, stopped the invasion of armed groups that had occupied the north of Mali. It has since been replaced with Operation Barkhane, comprising 4,000 personnel, with the main base in Chad. However, this is an increasingly treacherous environment, and the effectiveness of both Barkhane and the regional security forces remains questionable.

Rooting out terrorism is far more complex than simply deploying military offensive operations. Institute for Security Studies (ISS) experts have pointed out that the international community’s solutions to root out terrorism in Africa – which are generally focused on military action – haven’t worked. Focusing on global strategies while ignoring local conditions is ineffectual. The situation in Mali and the spillover of jihadist threats to neighbouring Burkina Faso and Côte d’Ivoire show that other strategies are needed.

ISS research has also shown that the youth join jihadist organisations for various reasons, including financial incentives, and not only because they are attracted to religious extremism.

The French presidential election presents an opportunity to review the policies pursued so far. France must shift towards strategies with clear benchmarks for success, rather than committing to a seemingly endless military presence with no exit strategy. These are disruptive to local livelihood processes and thus often resented by local populations.

Over-militarised responses often address the consequences of terrorism, rather than the root causes. In the next phase of its involvement in Africa’s fight against terrorism, France should avoid engaging in military responses that feed into this pattern.

This means tackling the problem in a comprehensive approach, beginning with governance at the local and national levels. It doesn’t bode well, then, that Le Pen barely mentioned this critical issue during her first African trip. DM

Yann Bedzigui, is a researcher for ISS Addis Ababa and Liesl Louw-Vaudran is an ISS consultant