House of Cards: As Pravin Gordhan flies back to South A...

House of Cards: As Pravin Gordhan flies back to South Africa, the battle moves to  North Gauteng High Court 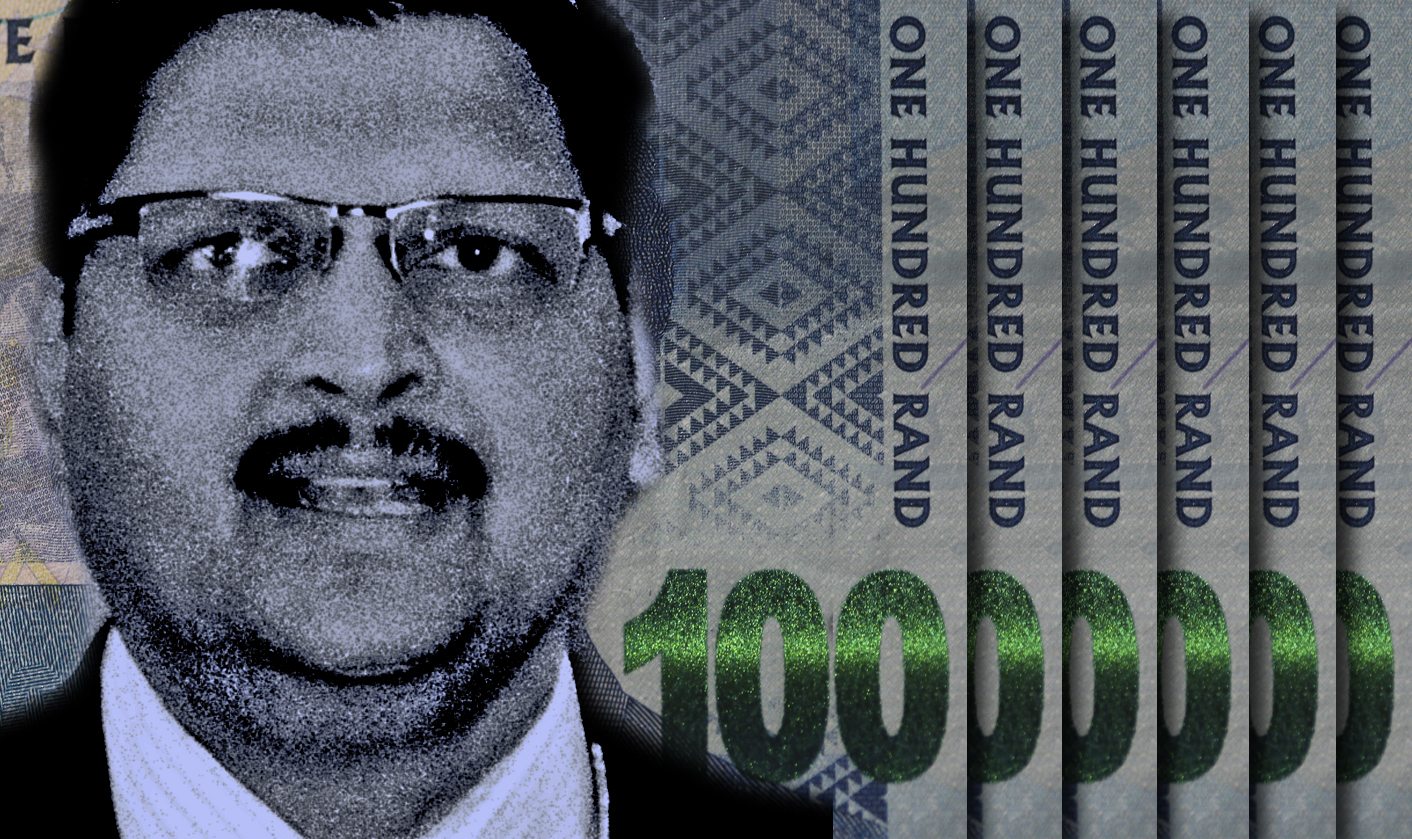 ANC Secretary General, Gwede Mantashe's comments on Monday that the judiciary was now directing the work of government is set to be tested in the North Gauteng High Court on Tuesday, when the bruising battle between South African banks and the politically-influential Gupta family is set to kick off. On Monday President Zuma joined the fray not only recalling Gordhan from an overseas investor roadshow, but also requesting that an application by Standard Bank seeking to prevent the president or any member of cabinet from intervening in a decision by banks to close accounts of Gupta-linked companies, be struck off the roll. Gordhan must know he is winging his way home into the eye of the storm. By MARIANNE THAMM.

President Jacob Zuma’s sudden recall of Finance Minister Pravin Gordhan and Deputy Minister Mcebisi Jonas while both were on an overseas roadshow to woo foreign investors is most certainly connected to critical events due to take place in the North Gauteng High Court on Tuesday and Wednesday.

While even the most informed insider cannot predict the denouement of this lethal political endgame, it is clear that President Zuma as well as the Gupta family are under extreme and increasing pressure. With financial taps cut off there are hungry mouths waiting to be fed.

Zuma’s “practice note of the interested party” filed on Monday seeks to have Standard Bank’s notice of motion in which it wanted to prevent all of cabinet as well as the President  from interfering with the bank’s business, struck off the roll. Zuma is charging that Standard Bank is using the court to prevent him and other members of cabinet from exercising executive powers. That the President had not been included as a party rendered the application “irregular and prejudicial to the President” reads the note.

On Monday the Gupta family’s Sahara Computers also filed additional heads of argument claiming that Gordhan could not be represented in Tuesday’s proceedings by the State attorney, had to be there in person as he had embarked on a “frolic of his own” as well as carry the costs in his personal capacity.

This demand that Gordhan be present in court might also be behind Zuma’s sudden recall of the Minister from London as he [Zuma] might have been under pressure to ensure Gordhan’s physical presence in the court. With only a curt and truncated confirmation from the office of the president about Gordhan and Jonas’ recall, the field is wide open to interpretation and speculation. Zuma on Monday did not set out to quell any market turbulence as the Rand plunged once again in the slipstream of yet another unpredictable decision related to his Finance Minister.

In their papers, Sahara accused Gordhan of using the courts in his “political” battle with President Zuma and cabinet and described him as a “weak-kneed politician”.

Gordhan’s application for the declaratory order that he cannot interfere in the banks’ decision is set to be heard on Tuesday and Wednesday along with Standard Bank’s which asked for the more extensive order to include that “no member of the national executive of government, including the president and all members of Cabinet” intervene “in any manner whatsoever in any decision taken to terminate its banking relationship with Oakbay”.

The only way the matter cannot go ahead is if Gordhan is removed from office, a new Finance Minister installed who then withdraws the application. At present it appears as if it is a little too late in the endgame for this massive and dangerous manoeuvre but stranger things have happened in this “funny” democracy.

While President Zuma’s legal team has intimated that argument with regard to his practise note” would take “20 minutes” on Tuesday, it is likely that Minister Gordhan’s legal counsel, Advocate Jeremy Gauntlett, will be first to present his case to the court. After this has been done, it cannot be undone.

On Tuesday, Parliament’s standing committee on finance is also due to discuss several crucial matters related to allegations of state capture and in which Gordhan features as a key player. On the agenda is National Treasury’s and SARS’ quarterly reports as well as the crucial matters of Tax Ombudsman Judge Bernard Ngoepe’s probe on SARS tax refunds, the matter of SARS second in command Jonas Makwakwa and the irregular payments into his personal account, matters related to the “Symington memorandum” [which led to charges against Gordhan being withdrawn by the NPA] as well as tensions between SARS Commissioner Tom Moyane and the Judge Dennis Davis in relation to Davis Tax Committee.

The Gupta family have been under considerable financial pressure since March 2016 when the country’s four biggest banks ABSA, Standard Bank, FNB and Nedbank cut business ties with the family due to “reputational risks” related to potential money laundering activities. Listing sponsor Sasfin Capital and auditing firm KPMG also cut ties with Gupta-linked companies. Local banks were followed later by the Bank of China and the Bank of Baroda. The Financial Intelligence Centre had flagged 72 suspicious transactions worth more than R6 billion.

Papers attached to Gordhan’s application for the declaratory order in October last year revealed a list of the 72 transactions flagged by the Financial Intelligence Centre which would now come under considerable scrutiny in court. This might be a situation the Gupta family is keen to avoid. At the time Oakbay accused the FIC of acting unlawfully in releasing the information to Gordhan.

Gordhan also filed an explosive affidavit with his October application setting out how the Gupta family had approached him personally after the banks had cut ties with the family seeking his intervention in the matter.

Standard Bank’s application, filed in November 2016, set out the political interference of an unprecedented nature by Gupta family allies to put pressure on the bank to reverse its decision. In an affidavit by Ian Sinton, Standard Bank’s group legal counsel, set out how a “set of accusations” against the bank first appeared in correspondence from Oakbay, were later repeated by ANC leaders and then followed through in an “interministerial committee” lead by Mining Minister and close Gupta ally, Mosebenzi Zwane.

Sinton said the first illustration of Oakbay invoking direct pressure was the company’s request to the ANC that it intervene for its benefit. The bank’s CEO, Sim Tshabalala had then met with Mantashe, Deputy Secretary General Jesse Duarte and the ANC’s economic transformation head Enoch Godongwana. At that meeting the ANC leaders had accused the bank of colluding with “monopoly” capital.

A mountain of affidavits has been prepared and filed in this destructive political battle in the ruling party being fought by President Zuma directly or through his various proxies in which the courts have served as a public arena.

The ruling party under Jacob Zuma’s aided and abetted by those ministers who defend him at all cost, taken a severe beating in several significant court battles including the Nkandla Con Court ruling, the recent Con Court decision on SASSA and CPS with regard to social grants (where treasury has assumed a vital role) as well as the appointment by the Minister of Police of Hawks head Lieutenant General Mthandazo Ntlemeza, to name only a few.

It was Mantashe, he who accused Standard Bank of colluding with “monopoly capital”, who on Monday said that the courts in South Africa were now directing the work of government due to “an abdication of responsibility by the executive.”

Gordhan has suffered a ruthless and relentless political witch hunt on several fronts from the moment he was accidentally reappointed to the Ministry in December 2015 after Zuma’s attempt to smuggle Des Van Rooyen and his advisers through the back door.

Will he still be standing after this week? DM