Analysis: Helen Zille and the art of political kamikaze 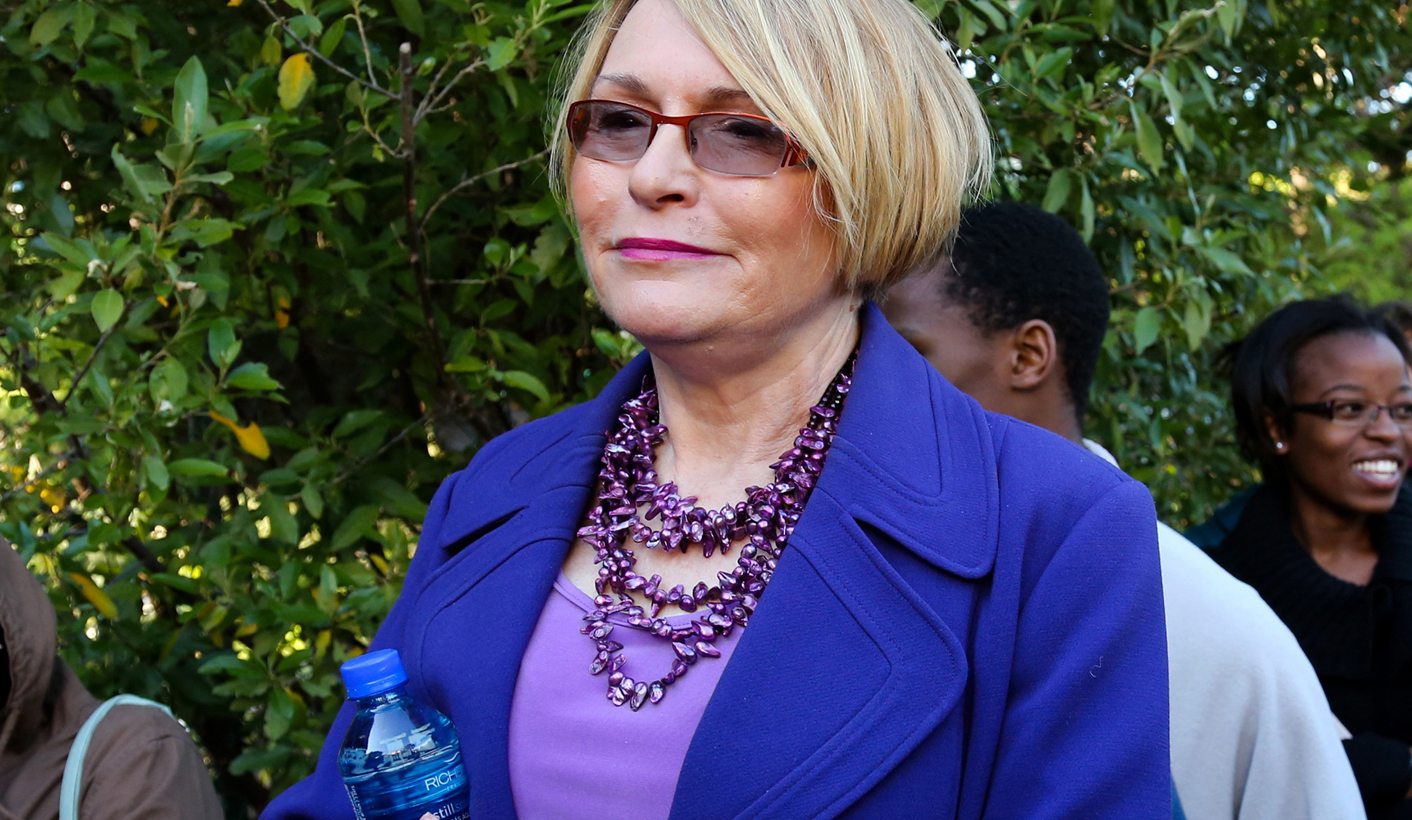 Helen Zille will not back down. In her first lengthy public address since her colonialism tweets, one might have thought the Western Cape Premier might have attempted to walk back views which have been roundly criticised. One would be wrong. In a debate on the tweets in the Western Cape Legislature on Tuesday, Zille dug her heels in. Those seeking a resignation can look elsewhere: the lady’s not for turning. By REBECCA DAVIS.

Helen Zille said she was “glad” that the Western Cape legislature had scheduled a debate about her colonialism tweets. It only took a few minutes of her speech to understand why.

The Western Cape Premier viewed the occasion as an opportunity to elaborate on her tweets, freed from Twitter’s character limit. What Zille delivered suggested that she had wilfully ignored the criticism that has come her way since her tweetstorm. Amid countless painstaking explanations by commentators and broadcasters of why her tweets caused hurt, Zille chose instead to double down on her opinions.

Her speech was a confusing mishmash of sophistry, defensiveness and – eventually – alarmism. Zille began with the following illustration:

“If I were to state that a worldwide legacy of colonialism was causing on average 3,287 human deaths daily, people would justifiably be outraged if anyone suggested that the benefits might outweigh the cost.” Ready for the punchline? “I am talking about the motorcar.”

Yet – oh, the irony – in South Africa, “this colonial leftover is not only a means of transport but the ultimate status symbol”. Zille continued: “Of course, you may argue that the intention of the motorcar was not conquest. It was convenience; people wanted cars. Fair point.”

Confused yet? You’re not alone. Zille goes on to say that religions have used colonialism’s methods to kill “countless millions of people to impose their ideas on others”. Yet lots of people think religion is still worth it. Geddit?

“To be consistent on the principle, if people believe the price was too high to acknowledge any advantage,” says Zille, “then they mustn’t drive a car, or visit most houses of religious worship.”

This is a schoolyard argument – “if you don’t like it you can’t use it” – but, more important, it is also a rephrasing of the reasoning trotted out by apartheid’s and colonialism’s staunchest defenders: “If you hate the West so much then why are you wearing a suit/ using a cellphone/ talking English”. Zille has merely attempted to varnish it with a veneer of sophistication through her analogies.

She went on to trot out poor Nelson Mandela, who cannot be allowed to rest in peace for even a day without being dragged along to bolster some argument or another. Madiba, it turns out, was making nice with the Brits at Cambridge one day in 2001 and said that if there were “one single positive aspect” that he could dredge up from the colonial relationship, it would be “the educational benefits our country derived from it”.

Mandela, as we know, was a consummate diplomat and a charmer. He also said that meeting the Spice Girls was one of the greatest moments of his life.

Though Zille has apparently not troubled to read any of the critiques of her position over the past week, she had done her research when it came to name-dropping famous people of colour who have said nice things about colonialism: Achebe, Mazrui, Mwakikagile, Singh… I could go on and on”. But she didn’t, because time would not allow.

And now for the pièce de résistance: Zille had brought a prop with her, positioned on her desk throughout the debate. It was a South African school history book, written – what luck! – by a black historian, and containing a section on colonialism’s positive effects.

“Why have we tolerated this textbook in our schools for so long?” asked Zille, in a hammy parody of outrage. “Will we demand that [the author] be fired? Of course not. So why the political tsunami over what I said?”

It was here that Zille’s address switched gears into an apparent rebuke of identity politics, while simultaneously invoking her personal identity politics as giving her the right to say what she said.

“If people believe that some South Africans may say things that others may not, the thought police must draw up schedules of exactly what can be said by whom,” Zille said – directly before advancing her own Struggle credentials.

In what will probably be the most contentious aspect of a highly problematic speech, Zille said that she identified “personally” with the humiliation of black people under colonialism and apartheid, because her parents fled Nazi Europe as refugees. (As someone pointed out on Twitter, bold move for Zille to invoke the ‘r’ word voluntarily.)

She had started her address with a similarly bold claim: “I can factually say that few in this house have put as much on the line to fight apartheid as I did.”

Zille concluded with this alarmist bit: “You can be sure that when the ruling party has milked every last drop from scapegoating whites, just like Robert Mugabe and Idi Amin, it will turn on coloured and Indian people as well; and the next target will be minority black ethnic groups.”

That escalated quickly, you might well observe. One minute we were just bitching about Helen’s tweets, and the next we’re watching Mr Patel from up the road get dragged off to a gulag. Also, what has Zille’s failure to self-regulate her social media got to do with the ANC? Answer: precisely nothing. If anyone is scapegoating here, it’s the Madam Premier.

Zille’s final words were another ringing endorsement of open debates. “We can’t shut down this debate,” she said. “It is one we need to have.” Yet Zille’s version of a “debate”, it appears, consists of her sticking her fingers in her ears while parroting the benefits of the motorcar, or something.

Amid the muddle of Zille’s rhetoric on Tuesday, one thing was clear as day: Zille does not get it. Can the DA afford that? DM