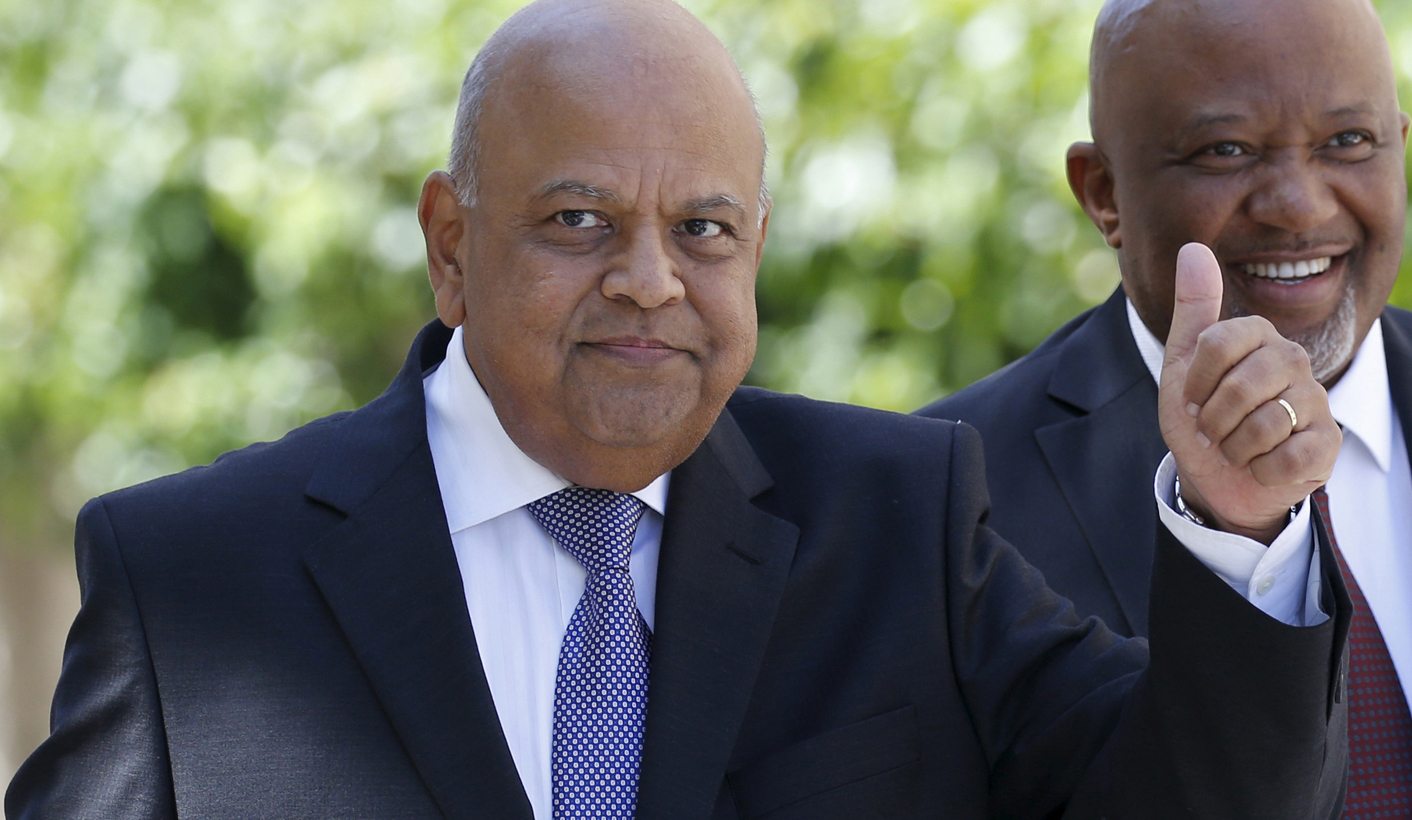 A Cabinet reshuffle affecting South Africa’s Finance Ministry appears imminent. Daily Maverick has learnt that Finance Minister Pravin Gordhan was contacted by the Presidency overnight in London and instructed to return to the country. A US leg of the National Treasury’s investor roadshow was cancelled. By RANJENI MUNUSAMY.

Developing: The Presidency has confirmed that Finance Minister Pravin Gordhan and his deputy Mcebisi Jonas have been instructed to return immediately to South Africa. No reasons for the instruction were provided. A one sentence statement issued by the Presidency at 11:49am read:

President Jacob Zuma has instructed the Minister of Finance, Mr Pravin Gordhan and Deputy Minister Mcebisi Jonas to cancel the international investment promotion roadshow to the United Kingdom and the United States and return to South Africa immediately.

Update: Daily Maverick has learnt that the National Treasury received written authorisation from the Presidency to embark on the international investor roadshow.The authorisation has since been rescinded by the Presidency with no reason given. The roadshow is part of efforts by government, in partnership with business and labour, to woo investors due to economic instability after the firing of former finance minister Nhlanhla Nene and jitters by ratings agencies.

Fears are growing that President Jacob Zuma will finally pull the trigger and reshuffle his Cabinet. The Treasury announced last week that Gordhan, his deputy Mcebisi Jonas and director-general Lungisa Fuzile would be travelling to London, Boston and New York on a “non-deal international investor roadshow”.

The London leg was meant to take place on Monday and Tuesday, with the delegation then destined for the United States thereafter. Daily Maverick has learnt that Gordhan was contacted in London and told to return to South Africa. The US leg of the roadshow has been cancelled.

Treasury spokeswoman Yolisa Tyantsi said she had no knowledge of the developments. Presidency spokesman Bongani Ngqulunga was not contactable on Monday morning. DM