ISS Today: In fighting Somali piracy, don’t get the next steps wrong 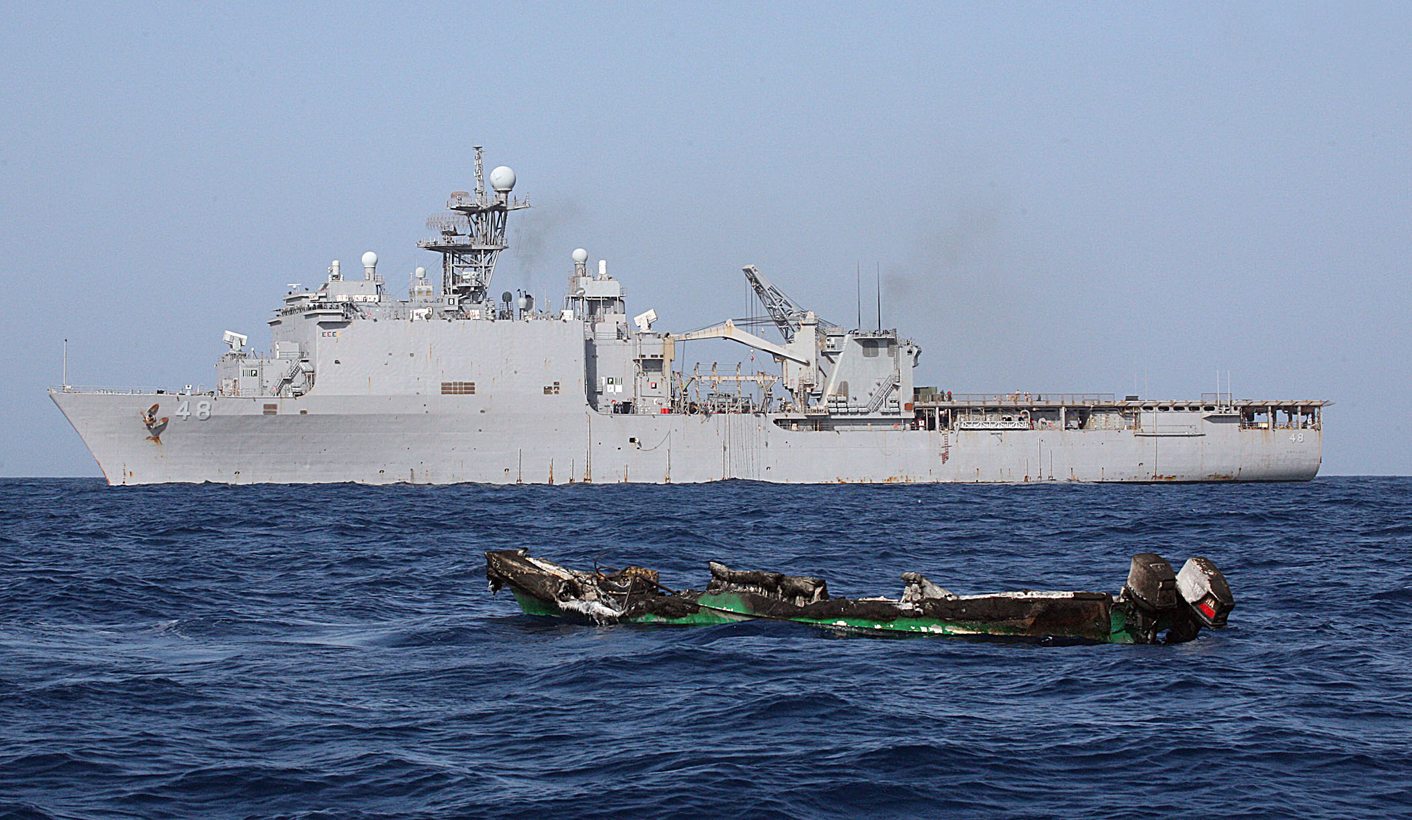 Piracy problems are just the tip of the iceberg of Africa’s maritime security challenges. By Timothy Walker for ISS TODAY.

On March 13, the Aris 13 was hijacked off the coast of Somalia, leading analysts to ask whether the incident heralded a fresh wave of Somali piracy. Yet the risk of a resurgence to the levels seen between 2008 and 2011 is unlikely.

The Comoros-flagged Aris was carrying fuel and sailing only 18km away from the Somali shore when it was hijacked, and its eight Sri Lankan crew members kidnapped. The proximity of the vessel and its journey along the Somali coastline made it a particularly easy prey for would-be pirates. It was sailing at a speed slow enough to attract prolonged attention from the shore, and to allow for easier boarding when attacked.

The Puntland Maritime Police Force (PMPF) – part of the security forces of the semi-autonomous region of Somalia – intervened on March 16 to prevent a resupply of the Aris by a ship suspected of being part of the pirates’ operation, and originating from shore. This show of force led to a gun battle that helped trigger the release of the ship, which then proceeded to the Puntland port of Bassaso.

The safe release of an unharmed, though probably traumatised, crew and their ship was the fundamental objective. It is also encouraging that this occurred, according to the Sri Lankan government, without a ransom payment.

The intricacies of the negotiation must urgently be clarified in case other groups are encouraged to commit acts of piracy, and to help ensure that quick and effective local responses are available. It is also unclear what happened to the pirates.

This means that while the safety of the crew of Aris is now assured, the same cannot be said for safety of the narrative of counterpiracy success.

This narrative and assumptions about the security of merchant vessels have been punctured by the attack, and are now “taking on water”.

In the short term, this might shift attention to strengthening deterrent measures, such as hiring guards or increasing patrols. But it is absolutely crucial also to reflect on greater concerns. What is ultimately at stake is more than an immediate renewed piracy risk, but also prospects for achieving actual, long-term and holistic African maritime development and security.

The hijacking of a merchant vessel, for the first time since the Greek-flagged Smyrni in May 2012, is certainly noteworthy. From 2008 to 2011, hijackings off the coast of Somalia occurred relatively easily. The combined counterpiracy efforts of various actors, an unwillingness among Somali communities to host pirates, as well as good adherence to Best Management Practices (BMP4) clearly produced a decline in reported incidents, a reduction in risk and a seeming cessation of criminal activities.

The Institute for Security Studies has long stressed, however, that the dearth of reports of piracy incidents targeting merchant shipping should not be taken to indicate that maritime security has been restored, on the whole, to the Somali littoral or the broader African maritime domain.

It is crucial to point out that while the Aris was the first large commercial or merchant vessel to be hijacked in four years, there have meanwhile been other hijackings – especially smaller, usually of local vessels.

According to Oceans Beyond Piracy’s (OBP) Piracy Hostage Ticker, 17 crew members of the Iranian-flagged Siraj (taken on 26 March 2015) remain hostage in Somalia. Moreover, continual warnings of a residual piracy risk are based on reports of suspicious vessels and approaches, as well as attempted attacks – with 11 occurring in 2016, according to OBP. (It is widely suspected that many more still go unreported.)

The crew of the Siraj had been captured while allegedly fishing illegally in Somali waters. Even if this allegation proves true, it does not justify their kidnapping or any trauma endured during their imprisonment.

Justice should have been allowed to take its proper course in the case of any wrongdoing by the crew of the Siraj, as Somali pirates also have rights. But this case points to another, equally important concern – the issue of illegal fishing, which is both a grievance and motivation for piracy.

Simply put, the threat of piracy drove away many illegal fishing vessels from Somali waters and around the Horn of Africa. Fishing stocks recovered, even thrived, as the risk of being captured by pirates – who would bear an especial hatred towards illegal fishing – was so great.

Subsequently, various counterpiracy policies and practices, especially international naval patrols, deterred and drove away pirates, reducing the risk of an encounter with a pirate group. Somali vessels were often viewed with greater suspicion and hostility, since pirates use similar vessels and, it is often claimed, are typically aggrieved former fishermen.

This has, in part, allowed illegal, unreported and unregulated (IUU) fishing vessels to return to Somali waters, creeping back in to take advantage of the abundant “guarded” fishing grounds – given they bear little resemblance to a piracy vessel if properly flagged.

It is important to reiterate that solving the problem of piracy is correct. The expenditure, and practice, of counterpiracy is extremely valuable and useful – as are improvements in capability and infrastructure. The key issue is to ensure that problems are not narrowly approached, and that the infrastructure can and needs to be adapted and expanded.

There are lessons to be learnt from the example of recent revisions to the Djibouti Code of Conduct; a key sub-regional agreement signed in 2009, by which 22 Indian Ocean states agreed to share information and co-operate to fight piracy and armed robbery at sea.

This was expanded at a high-level meeting of signatories in Jeddah, Saudi Arabia, in January 2017. It now covers other maritime crimes beyond piracy, including human trafficking and IUU fishing.

This expansion in co-operation is a positive step. It is hoped to have clear and significant maritime security results: a reduction in crimes and an increase in co-operative sub-regional actions, such as information-sharing and patrols.

This also aligns with African perspectives that stress how piracy is part of a broader maritime insecurity problem that hinders the creation of blue economies, which in turn hampers African development.

Africa, led by the African Union (AU) and regional economic communities, has been seeking to enhance its common responses to maritime insecurity and threats by implementing integrated maritime strategies.

These include the 2050 Africa’s Integrated Maritime Strategy (2050 AIMS), adopted by the AU in 2014, and are designed to overcome common problems given both the transnational nature of most maritime crimes and the combined lack of African maritime capacity. The AU, in particular, must revive its 2050 AIMS implementation, co-ordinate a common African position, and provide guidance for member states towards achieving long-term goals.

When one takes courage to dive beyond the surface of the piracy morass, the need for sustainable “security solutions” becomes starkly apparent.

Addressing this means building up African maritime capacity. But first, there is a need to thoroughly explore the full scope of Africa’s maritime challenges; and without surfacing too quickly and assuming piracy is either back, or the only thing worth focusing on and fighting. Doing so would risk perpetuating a blindness to seeing the best ways of overcoming the piracy menace and overarching obstacles facing maritime security. DM