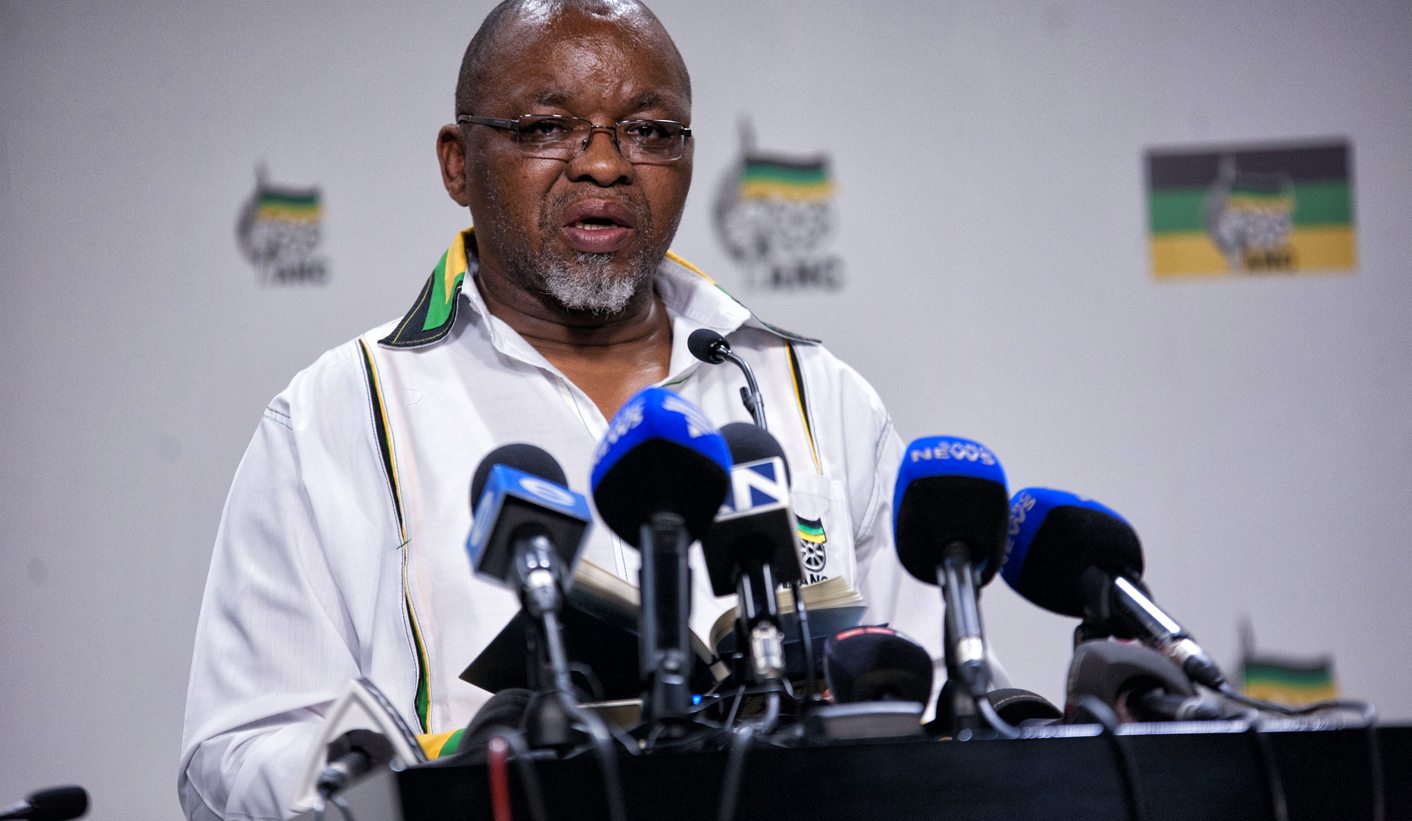 As speculation continues over the president’s decision to recall Finance Minister Pravin Gordhan and his deputy, Mcebisi Jonas, from an international roadshow, ANC Secretary-General Gwede Mantashe said the decision wasn’t discussed by the party’s National Executive Committee (NEC). The NEC seems well aware of the challenges facing the party and country, but solutions will probably be deferred to the party’s conferences later this year. By GREG NICOLSON.

“Calling the minister back was not an issue for the NEC. There can be nothing in the NEC that can be linked to calling the minister back. That is a government matter,” said Gwede Mantashe on Monday after news broke of Gordhan and Jonas’s recall. ANC spokesperson Zizi Kodwa said President Jacob Zuma recalled the ministers on Monday, while the NEC had been meeting over the weekend.

Speculation over the reason for the pair’s recall is rife. The presidency confirmed that Zuma had instructed Gordhan and Jonas “to return to South Africa immediately” and cancel an international investment road show to the United Kingdom and United States, but did not explain the decision.

The pair have been at odds with Zuma’s allies, the Gupta family, as well as pro-Zuma factions of the ANC, which criticise them of limiting transformation through their control of the Treasury. Gordhan told Reuters on Monday that it is up to the president to decide whether he wants to remove either himself or Jonas in a Cabinet reshuffle.

The Gupta-owned company Sahara Computers has in court papers claimed Gordhan must present himself on Tuesday. The case concerns the minister’s attempt to get a declaratory order stating that Treasury cannot intervene in the decision by four banks to close the Gupta family’s accounts.

“Speculation on the Gupta case, the reshuffle, that belongs to what is called speculation,” said Mantashe. The rand plummeted on Monday, but the secretary-general said it had since stabilised. “The real impact will be seen when there is any other steps.” Mantashe said he might know more about the recall after a meeting of the party’s top six leaders on Monday afternoon, which Zuma would attend.

Mantashe was briefing the media after the ANC’s NEC met over the weekend. The secretary-general offered vague responses to questions on a number of issues and the press conference was shorter than usual as he had to return to a discussion with the South African Communist Party (SACP) and later attend the top six meeting. According to reports, the SACP has said Zuma must take action on the Guptas, former Eskom CEO and current MP Brian Molefe, and the SA Social Security Agency, or it would push for his removal.

The ANC NEC meeting focused largely on issues of land, racism and crime. While the party has recently been pushing rhetoric of “radical economic transformation”, the Economic Freedom Fighters’ (EFF) recent offer to support a change in the Constitution to allow for expropriation without compensation has divided the ANC. There’s a faction that believes the party should push for the law to be changed while others are cautious of the more radical policy.

The NEC’s statement said “the ANC must accelerate land redistribution within the existing legislative framework”. Mantashe did not answer a question on whether the Constitution should be changed, but the statement suggests that for now the party aims to make improvements in land redistribution and restitution under the current law.

The party wants to “unite former liberation movements and the dispossessed black majority” to find solutions to the land question. Asked whether the EFF would also be involved in discussions, he said the Fighters were not leading the issue but had appropriated ANC policies.

Noting recent incidents of racism, the ANC NEC said, “The racist onslaught has become more direct. Racists in our society are getting even more emboldened, entrenching anger amongst the people.” It has become worse, the party said, since the DA started governing more municipalities, “thus creating a feeble hope amongst the most ardent racists that come 2019, they will once again be in power”.

To target racism, the NEC said the Prevention and Combating of Hate Crimes and Hate Speech Bill should be fast-tracked through Parliament. “It is clear that we have hardly moved an inch from the ideological positions of the past which viewed colonialism and apartheid racism as having been good for black people,” it said, taking a dig at the DA’s Western Cape Premier Helen Zille.

The NEC pointed towards a common ANC strategy to tackle crime – a summit. It said the party would hold a national summit of community policing forums this year. Mantashe also spoke about the controversy around Nelson Mandela Bay chairperson Andile Lungisa, elected while also serving on the Eastern Cape ANC’s provincial executive committee. The NEC reaffirmed the principle that members cannot be elected in positions in structures lower than where they are serving in. Lungisa resigned on Monday.

One of the most interesting things to come out of the NEC meeting is the party’s acknowledgment that it is struggling in government, requiring the courts’ intervention.

“The very fact that the courts are playing a more interventionist role in governance is reflective of our role in abdicating our governance responsibilities to the judiciary. Judicial over-reach occurs in instances where the executive and the legislature fail to deal adequately with matters before them,” said the NEC, which noted a “glaring lack of capacity” within the state.

“We’re not negative about the role of courts as many of you happen to be,” claimed Mantashe. He said the ANC believes courts have a role to play in society and the party will respect court judgments. To ensure improved cadre performance, Mantashe said the ANC is developing an accountability framework for all government deployees. DM