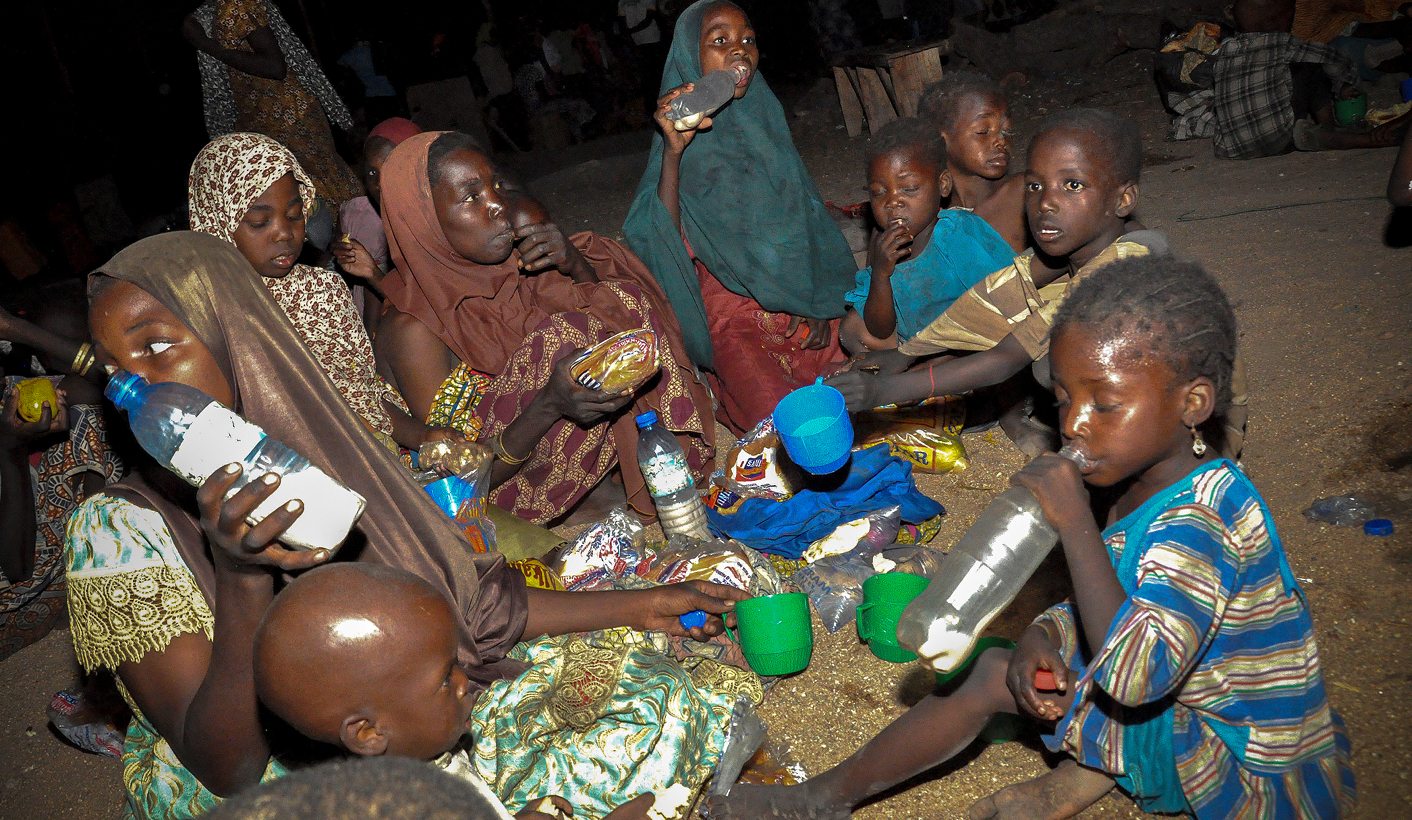 The United Nations needs $4.4-billion by the end of March to avert “catastrophe” in parts of Nigeria, Somalia, South Sudan and Yemen. So far, it has raised just 2% of that. By SIMON ALLISON.

A famine has been declared in South Sudan, and parts of Nigeria, Somalia and Yemen are on the brink, but the United Nations (UN) humanitarian response is woefully underfunded.

UN humanitarian agencies need to raise $4.4-billion by the end of March “to avert a catastrophe” in these countries, said David Orr, a spokesman for the World Food Programme . So far, only $90-million has been raised. That is just 2% of the total required.

Reasons for the massive shortfall include competing humanitarian priorities and a global drop in support for humanitarian programmes. The consequences, however, will be severe.

The World Food Programme is already operating on a reduced budget, which has forced it to lower the scale of humanitarian assistance on offer. “We’ve already had cuts in World Food Programme assistance in a number of countries including in southern Africa in the last year. We’ve been obliged to cut back rations in some countries because we haven’t had sufficient levels of funding,” said Orr, speaking to media in Johannesburg on Thursday.

A famine was declared in two counties in South Sudan last month, with an estimated 100,000 people directly affected. In Nigeria, Somalia and Yemen, the situation is critical thanks to severe drought coupled with chronic insecurity.

“A lot of factors are different from crisis to crisis, but the things we have in common between South Sudan, Somalia, Yemen and Nigeria is the level of conflict and insecurity that is an underlying cause of the malnutrition, and that tremendously complicates the efforts of humanitarians organisations to get assistance to people,” said Challiss McDonough, the senior communications officer for the World Food Programme in East Africa, speaking from Nairobi.

“The political crisis has also brought an economic crisis, causing food prices to skyrocket. Poor people are struggling to get what they need. On top of that the insecurity and the fighting has spread to new areas; that’s affecting transportation corridors so even the commercial markets can’t be replenished because commercial vehicles have trouble getting through. And on top of that, you have this other layer which is the extreme access problems because of insecurity in certain areas which make it very difficult for relief agencies to regularly get assistance to people. And the thing with food assistance and nutrition treatment is it’s not something you can only give once. If you lose access, people deteriorate very rapidly,” said McDonough.

Children are particularly vulnerable. There are a million children under the age of five at risk of death from severe acute malnutrition in East Africa (specifically Somalia, Ethiopia, Kenya, South Sudan and Uganda), claims the United Nations Children’s Fund (UNICEF). Another 6.5-million are at risk of dropping out of school, jeopardising their long-term future. The situation for children is especially bad in Somalia, which is largely failing to cope with its most severe drought in decades – more severe even than the drought which led to the famine in Somalia in 2011, which eventually killed a quarter of a million people.

“We have a very serious risk of famine unless we have a massive scale-up in operations. We believe that even if the rains come next month it will not be sufficient; there are too many people on the move, too many animals dying, too many people malnourished, so it doesn’t hang on just the rains. When you have a drought or famine it’s the children that suffer first. In the last famine, a quarter of a million people died and the majority were children. At the moment in Somalia we have about 71,000 children who are severely malnourished and at risk of death if they don’t get immediate treatment. Over the year we are planning for 185,000 children that will be severely malnourished, but if the situation continues to deteriorate we could be looking at double that number,” said Susannah Price, a spokesperson for UNICEF Somalia. DM

Photo: Nigerian Internally Displaced Peoples (IDPs) receive food aid at an IDP camp in Maiduguri, Nigeria, March 14, 2017 (Issued 15 March 2017). Over 1.8 million Nigerians are facing severe food insecurity. According to The United Nations humanitarian chief Stephen O’Brien over 20-million people face the threat of starvation and famine in Yemen, Somalia, South Sudan, and Nigeria as the world faces the largest humanitarian crisis since the creation of the United Nations. EPA/DEJI YAKE