SAPS: Making arrests, but is it making improvements?

SAPS: Making arrests, but is it making improvements? 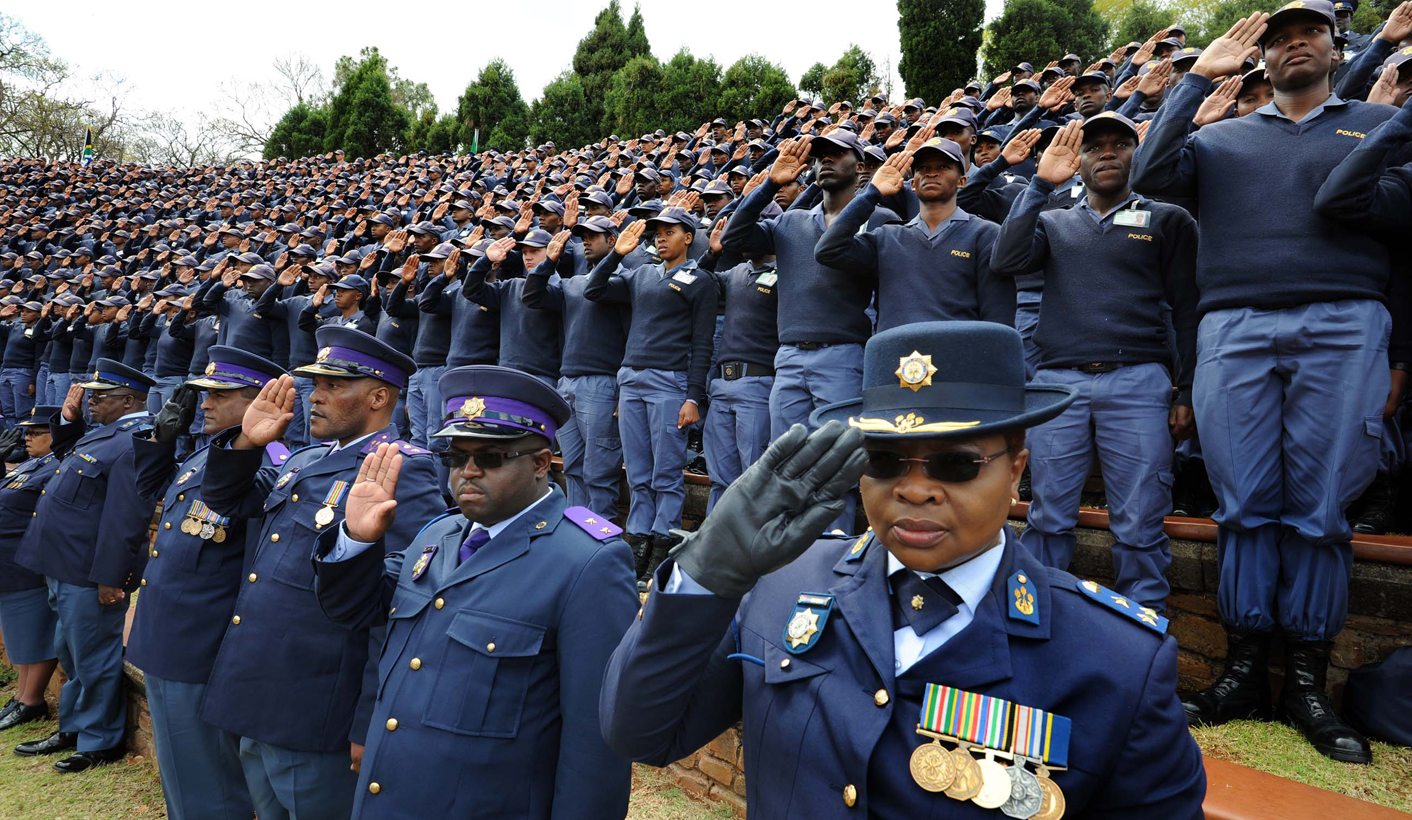 The country has seen high-profile criminal cases in recent weeks – the OR Tambo heist, baby Siwaphiwe Mbambo’s abduction, and the robbery at the office of the chief justice. Swift arrests were made in each case. But what does this mean for police performance and the public’s perception of the SAPS? By GREG NICOLSON.

On Monday, acting National Police Commissioner Khomotso Phahlane promised the country the SAPS is committed to investigating serious crimes. On Wednesday, he again committed to enforcing swift justice and praised his officers who have made a string of arrests in high-profile cases. Police apparently cracked the case around one-year-old Siwaphiwe Mbambo’s abduction, arresting the baby’s biological mother and two others. After a reported R24-million was stolen from OR Tambo International Airport (ORTIA) this month, seven people have already appeared in court. Phahlane was on Wednesday addressing the theft of 15 computers from the office of the chief justice. Three men have been arrested and faced court on Wednesday.

“This significant breakthrough together with the speedy resolution and/or breakthroughs in the cases of baby Siwaphiwe in KwaZulu-Natal as well as the ORTIA heist bears testimony to the fact that the South African Police Service remains committed to prioritising and thoroughly investigating serious crimes such as these in a bid to reduce the incidence of serious and violent crimes in our country,” Phahlane told media on Wednesday.

Phahlane said there’s no evidence as yet linking the robbery of the office of the chief justice to political motives, or anyone linked to such allegations. He said those making the claims should come forward to police with information. As yet, he continued, there’s no link between that theft and the invasion of former department of social development director general Zane Dangor’s house.

“We can’t tell what the motive is at this stage,” said Phahlane, speaking on the theft at the chief justice’s office. “All what we know is a criminal activity has [occurred] at the offices of the chief justice. Further investigation may reveal that motive.” There’s much still unknown about the crime, but Phahlane’s views were clear: the SAPS is doing its job, as shown by the recent high-profile arrests, and speculation and “irresponsible utterances” are undermining SAPS efforts.

But are arrests in a few dramatic cases a sign SAPS is improving?

Richard Mamabolo, spokesperson for the Police and Prisons Civil Rights Union (Popcru), had his doubts. “It should improve the public perception for the fact that they see speedy resolutions to these criminal acts, but at the same time, the questionable credibility of those leading the police, like Phahlane, leaves little to be desired.” Phahlane is being investigated by the Independent Police Investigative Directorate (IPID) for allegedly receiving improper benefits while he headed the SAPS’s forensic division.

“I seriously doubt that the current leadership is making inroads in improving the SAPS in general. There have been many outstanding issues raised by the police themselves which are dragging. Perhaps these cases are dealt with at this speed because they are, as you say, high-profile,” Mamabolo said. But he suggested the arrests should be welcomed and investigating officers given the benefit of doubt that they have the right suspects.

Andrew Faull, a senior researcher at University of Cape Town’s Centre of Criminology, said, “A large portion of police work is about managing the symbolism of the work, and in this sense the SAPS has done well to convey a sense of urgency and investment. Whether the arrests were legal, whether the suspects’ rights have been respected, and whether they will lead to prosecution, remains to be seen.” He mentioned the failed cases against suspects arrested for former Bafana Bafana captain Senzo Meyiwa’s murder, which remains unsolved, and the case against Shrien Dewani, who stood accused of arranging for his wife to be murdered while they honeymooned in Cape Town.

“The fact that a police official or two have been among those implicated in the airport heist is as damning of the SAPS as the arrests are celebratory. The SAPS and government as a whole have a lot to lose in both the airport and judge cases. The heist signals a level of incompetence and corruption which the SAPS and government will want to patch over if possible, hence the high profile response,” said Faull.

He said, however, the arrests regarding the robbery of the office of the chief justice appear to be more sinister, with allegations pointing to a political crime. “I think that the arrests in this instance, are particularly important in helping allay fears that this is about a captured political elite disrespecting the judiciary with the support of the police.” Some management shifts within SAPS, he added, are “very promising”.

Gareth Newham, head of the governance and justice division at the Institute for Security Studies, said high-profile cases may not translate into an improved public perception of policing services. While rapid arrests might give the impression police are on top of an issue, he said, “the high-profile incidents will get a lot more resources directed at them from police.” The reality of whether the public trust the SAPS or not depends on more local issues, better reflected in the victims of crime surveys, which have been in decline, but saw an increase in trust last year.

“It’s not only what the police do but how professional they are, how fair they are,” said Newham. How you interact with police on a day-to-day basis has much more impact on perceptions around policing than high-profile cases, said Newham. DM