Reporter’s Notebook: The chickens are coming home to roost in the poultry and banking sectors 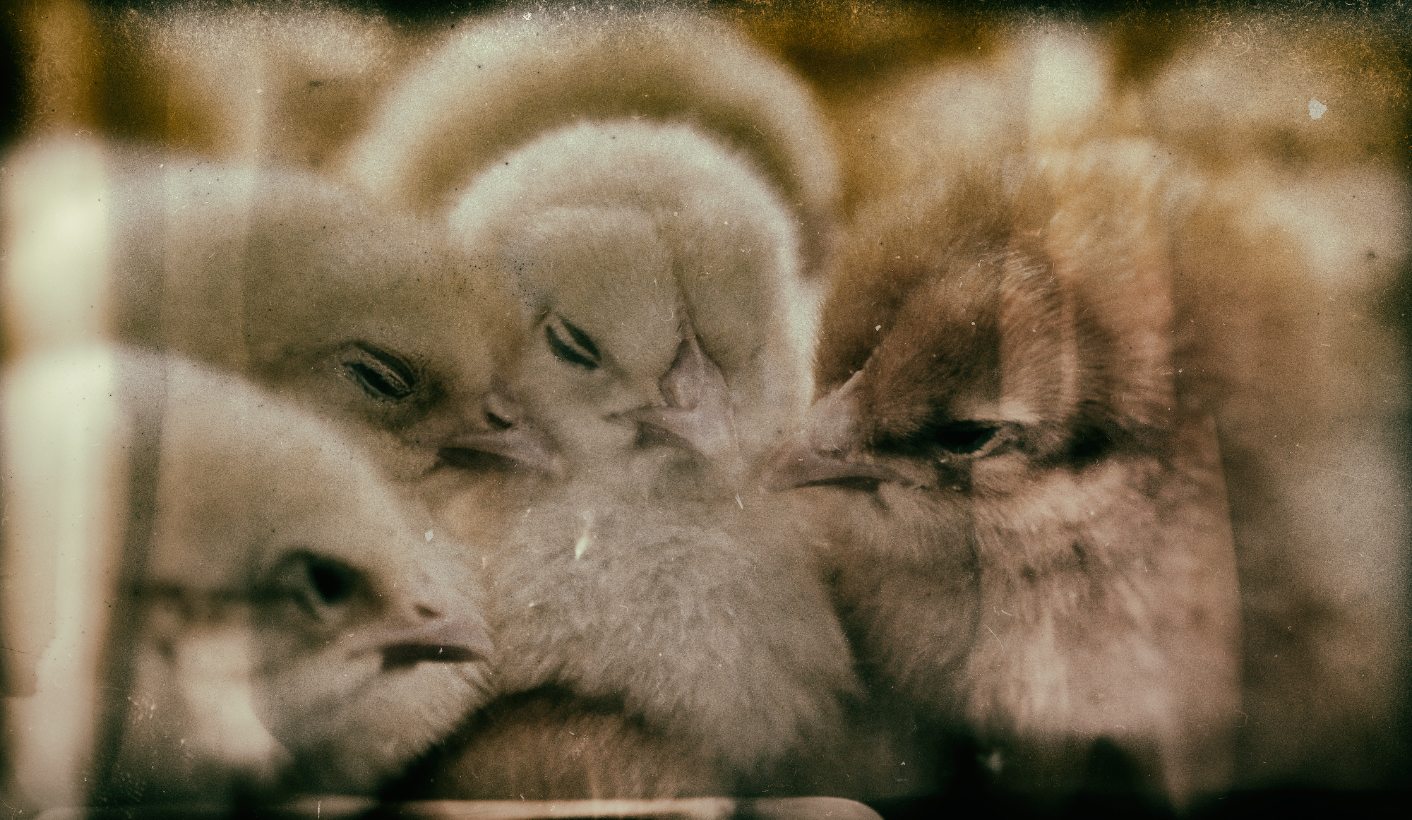 Chickens. Banks. Different sectors, same issues: transformation (radical or not), government (in)action and economic growth, or lack thereof. It’s not a case of why did the chicken cross the road, it’s why did the frozen chicken cross the ocean? Or, in the case of the banks and the broader financial services sector, who really owns whom? Two days of public hearings by Parliament’s trade and industry committee, including one alongside the finance committee, highlighted the role of foreign ownership in South Africa’s economy, transformation in trouble, and structural inequalities. By MARIANNE MERTEN.

Frozen chicken pieces are being dumped in South Africa at rock bottom prices, despite anti-dumping tariffs ranging from 30% to 73% having been in place since 2015. Not that this has made a difference to consumers.

Food and Allied Workers’ Union (Fawu) General-Secretary Katishi Masemola echoed this: “I’m not convinced these prices are transferred to consumers as benefit.” But his focus was on workers, who are losing jobs because chicken farms and abattoirs are closing down, damaging a labour-intensive sector that absorbs low and semi-skilled workers. “You don’t play marbles about the industrial capacity to produce the Number One protein of the poor,” Masemola summed it up.

The South African Poultry Association and the Association of Meat Importers and Exporters (AMIE SA) were clearly not quite on the same page. The poultry association wants imports to be reduced by at least half to help the local industry to survive. “We can’t afford to grow the industry. Imports take away opportunities,” the association’s CEO Kevin Lovell told MPs. In contrast, the Association of Meat Importers and Exporters’ consultant Donald MacKay punted increased exports seizing market share in Europe as the solution to getting the domestic poultry industry out of its doldrums.

Questions emerged over whether or not the agriculture department may be dragging its feet over submitting South Africa’s application for its chicken to gain access to the EU. Some in the domestic poultry industry say yes, there have been delays; the Department of Agriculture says it has never received such a request. Perhaps this disconnect will be resolved in the poultry industry task team that brings together industry players, labour and government departments, including the Department of Trade and Industry (DTI).

Disruption also emerged during Wednesday’s joint trade and industry hearing, and finance parliamentary committee public hearings on the financial sector. MPs were told the insurance sector, particularly car body repair work, was run by “three white guys with a red Ferrari for Monday, a yellow Ferrari for Tuesday and a Maserati…”. There was also a clique of “white Afrikaner former policemen”, MPs heard.

The Black Insurance Owners’ Association of South Africa was also blunt, if somewhat more diplomatic. Once institutions like the government-owned Public Investment Corporation (PIC) and others are taken out of the picture, 1% of insurance companies were owned by the historically disadvantaged, who own 4.6%, or R408-billion, of an almost R9-trilion industry, according to its written presentation. “The medical aid industry is as untransformed as the banks and insurance industry,” the association said.

On Day One of the financial sector hearings last week it was revealed that claimed black ownership of Standard Bank, Barclays PLC (trading as Absa in South Africa) and FirstRand plummeted to between 3% and 6% from around 17% and 35% once institutional BEE ownership was removed. On average, 49% of ownership is foreign, with the majority of other owners being institutional investors like pension funds.

All three commercial banks also acknowledged that while the majority of employees are black – and significant numbers are women – this applied only to staff and junior and middle management ranks. Senior management and top executive level remain white-dominated.

On Wednesday, Nedbank emerged somewhat better: just over half of its group executives (53.85%, or almost double the South African average) are black, as are 37.6% of senior managers, while 52.94% of board members are also black, according to the bank’s written submission.

That bank CEOs took time out of their schedule to sit for a day in Parliament indicates the seriousness by which financial sector transformation talk is taken. It is unfolding in the context of the governing ANC’s radical socio-economic transformation agenda, and a public discourse where certain circles sharply finger white monopoly capital at the centre of holding back South Africa’s transformation and economic growth.

At Thursday’s poultry industry public hearings, Parliament’s trade and industry committee chair Joan Fubbs asked whether there were any black poultry farmers present in the venue. A couple of hands were raised in the well attended meeting.

“When they are making money hand over fist, they do not do any transformation. Trouble? Then come cap in hand, begging and agreeing to a spot of transformation. Unfortunately, this committee has seen this in other industries,” said Fubbs.

It emerged before the committee that at least three BEE poultry enterprises are facing serious challenges. And a joint venture and BEE deal between Country Bird Holdings, a 12-year-old company with operations in seven African countries outside South Africa, and the North West Development Corporation needs funders – the banks – to get the “the right signal”. While Country Birds Holdings Chief Executive Marthinus Stander did not elaborate on what would constitute “the right signal”, he added: “That signal is required now.”

There’s no doubt South Africa’s chicken industry is internationally competitive. “We are good farmers… Even though we pay more for maize and soya (feed), we are still cheaper than most of the countries that export to us,” said Lovell, even as he took a dig at importers, some of whom lived on “Nettleton Road (Clifton, Cape Town), South Africa’s most expensive street”.

The DTI on Thursday promised that if it was brought information and proof of exclusionary practices, or those damaging an industry, it would investigate and, if necessary, act.

South Africa’s poultry industry has been recognised for its competitiveness, never mind popularity of chicken, and potential to provide employment, particularly to semi-skilled and unskilled workers in rural and peri-urban areas. But, as Thursday’s public hearings showed, it is haemorrhaging jobs as farms and abattoirs are closing or going on reduced operational hours in a complicated mix made more complex given the international trade issues.

South Africa’s banking and financial services sector is praised for its stability and sophistication, and South Africa’s poultry industry for its competitiveness. But banks are criticised by labour federation Cosatu and consumer groups for high fees and exclusionary practices that, according to Wednesday’s parliamentary public hearings, lead people to mashonisa and lenders, who charge 5% interest or more per month.

Chickens and banks. Symptomatic of deep-seated persistent structural distortions and inequalities that government policies aiming at empowerment and transformation have yet to redress. DM