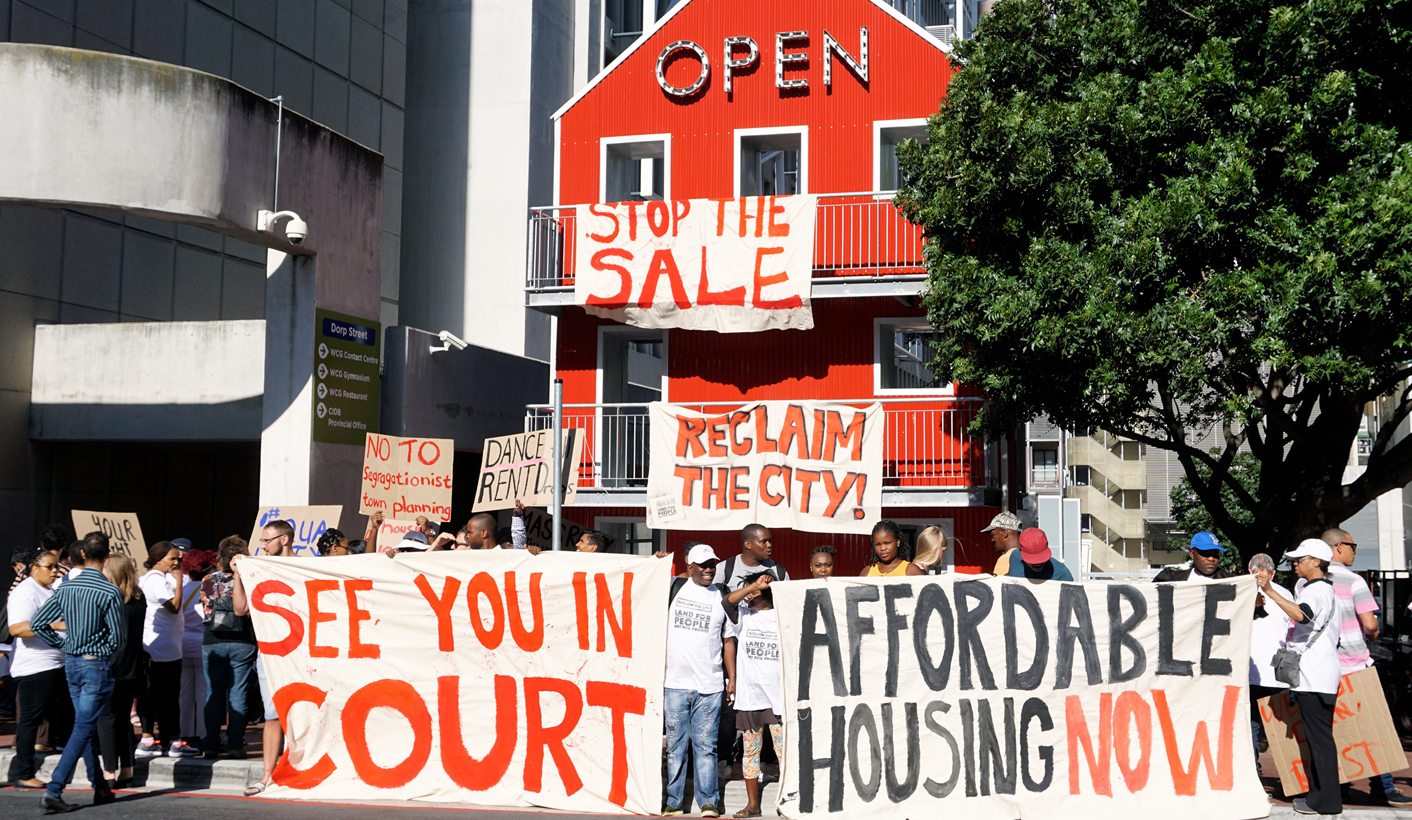 Reclaim the City has slammed the Western Cape government decision. By Ashleigh Furlong for GROUNDUP.

The sale of the Tafelberg school site to Phyllis Jowell Jewish Day School is to proceed and the land will not be used for social housing.

This was the decision of the Western Cape Provincial Cabinet on Wednesday. In making the decision, the cabinet said it was taking into account that the Helen Bowden Nurses Home (near the V&A Waterfront) and the Woodstock Hospital site would be used for social housing. The statement also cited financial constraints and said that Sea Point is not currently part of a Restructuring Zone.

These zones are areas where national subsidies for social housing can be accessed. The zones are designated by the National Minister of Human Settlements, following identification by a municipality.

Helen Bowden Nurses Home also falls outside of a Restructuring Zone, and cabinet said a financial model for social housing would need to be developed for the site and “may be possible given the size of the Helen Bowden property, and the scope this provides for cross-subsidisation”.

Reclaim the City, a campaign by Ndifuna Ukwazi, which has been at the forefront of stopping the Tafelberg sale, had said that the process to declare Sea Point part of a Restructuring Zone was a “relatively menial administrative task”.

Reclaim the City slammed the cabinet’s decision as “unjust and an insult to black and coloured working-class people throughout Cape Town – who are the vast majority of residents”.

It said the provincial government had “missed a critical opportunity” to build affordable housing in Cape Town’s inner city.

“They have laid bare their intention to capitalise from our public assets at all costs, in the face of considerable public opposition.

“They have shown a deep contempt for the principle of using public land to reverse apartheid spatial planning,” said the statement.

Cabinet said the proceeds of the sale of Tafelberg would be used to complete the upgrade of a new head office for the Western Cape Education Department in Dorp Street.

The decision comes despite the province’s own feasibility study that showed the viability of affordable housing on the site. The province’s study showed that 270 residential rental units could be built on the site for households earning under R7,500 a month.

Cabinet said the model was criticised for its underestimation of construction costs.

As part of the public participation process, Ndifuna Ukwazi submitted a cross-subsidisation model. “The private sector can pay more into the pot, which will reduce the bill for government and allow more units and greater sustainability over the life of the buildings.”

The sale of Tafelberg to Phyllis Jowell Jewish Day School for R135-million was halted last year after Ndifuna Ukwazi took the Western Cape Government to court. An extended period to comment was then opened and a financial model for affordable housing was presented.

The decision appears to be the end of the road in a long battle over the site. However, Reclaim the City said it was planning a “robust response” to the decision, following consultation with lawyers, housing experts and supporters. On Thursday evening a mass meeting is planned at Sea Point Methodist Church. DM

Photo: Reclaim the City supporters protest in April 2016 against the sale of Tafelberg. Photo: Naib Mian