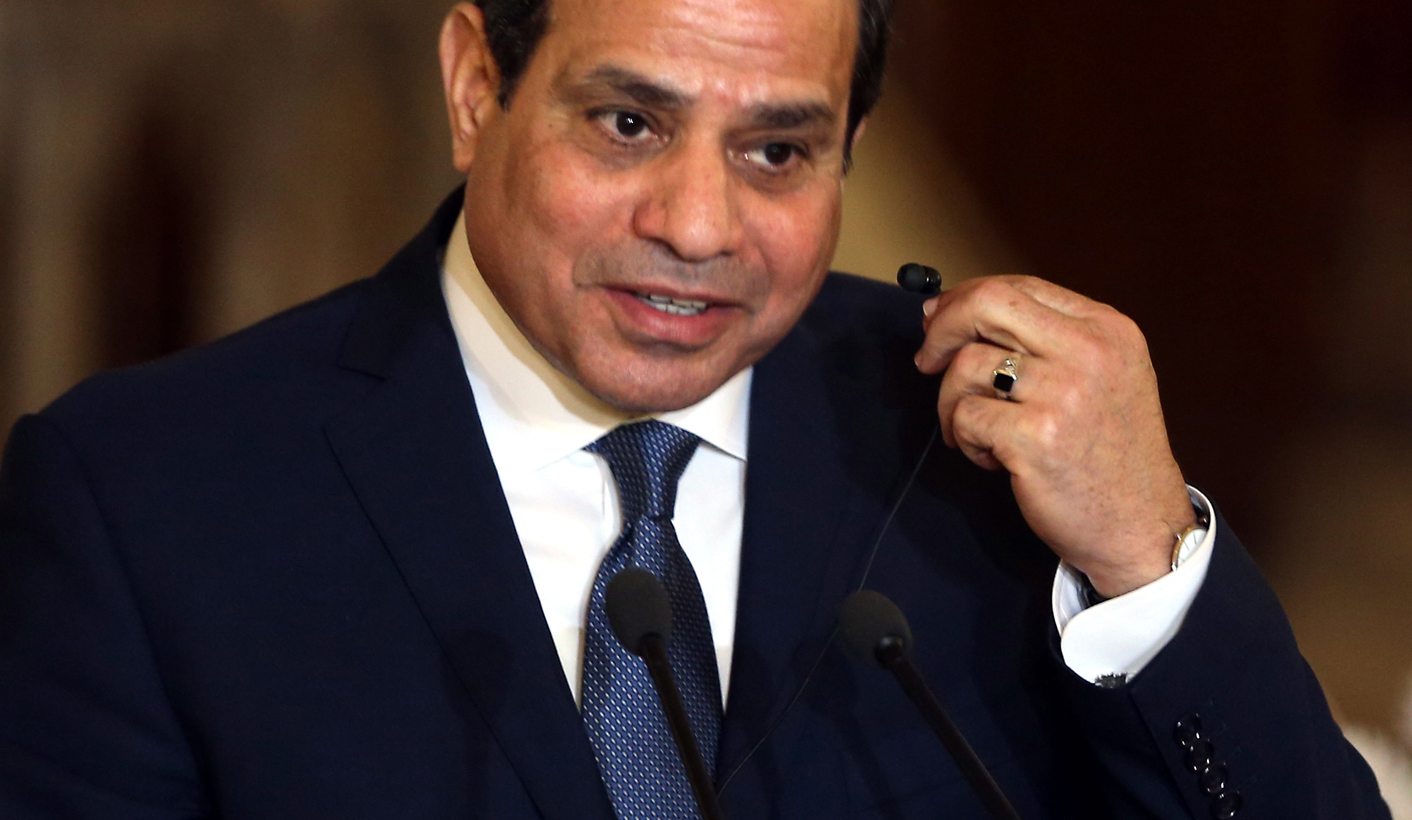 Egypt has an often-overlooked stake in bolstering Africa’s peace, security and development. By Annette Leijenaar for ISS TODAY.

Indeed, Egypt’s role as a major contributor to global peacekeeping has been a key tenet in the country’s foreign policy, and in achieving its international goals.

According to UN statistics of July 30 2016, the country is currently the eighth-largest contributor to UN peacekeeping operations. By the end of 2015, Egypt had contributed more than 30 000 personnel to 37 UN missions, of which 60.71% had been deployed to Africa. This contribution peaked in 2010, when more than 5 000 Egyptian peacekeepers were deployed.

Importantly, Egypt hosts the Cairo Centre for Conflict Resolution and Peacekeeping in Africa (CCCPA); the only centre in the Arab world to conduct peacekeeping training for civilians. Later in 2017, the country will host the annual meeting and conference of the International Association of Peacekeeping Training Centres.

Building on its role as a key contributor to peacekeeping, Egypt is ideally positioned to capitalise on opportunities for Africa to better coordinate its peace and security efforts with the UN. And it should continue taking these opportunities seriously.

Last year, Egypt became one of the non-permanent members of the UN Security Council (UNSC), together with Angola and Senegal. It will hold this position until the end of this year.

At the beginning of its one-month presidency of the UNSC in May last year, Egypt proposed an open debate to explore the strategic cooperation and collaboration between the UN and the African Union (AU). Egypt also highlighted the critical importance of conflict prevention and sustainable financing to enhance the implementation of the African Peace and Security Architecture (APSA) objectives, and Post-Conflict Reconstruction and Development (PCRD).

In addressing the linkages between peace building and longer-term development, the country has used its Egyptian Agency of Partnership for Development, established in 2014, as a means to enhance linkages and partnerships in the area of development.

Globally and regionally, peace building actors have not yet been very successful in developing effective and sustainable strategies. Agencies such as this one could increasingly bring new ways of engaging on development; implementing approaches that can effectively support the effective peace building strategies.

In an address to the UN General Assembly in September, President Abdul Fattah al-Sisi urged the UN to actively counter ideologies that promote terrorism in Africa, the Middle East and globally. Back at home, Egypt similarly worked to better coordinate these efforts from the AU.

It is one of the major contributors to the AU budget – to the tune of 15% (up from 12%). Egypt became a member of the PSC in January 2016, and chairs the organisation sub-committee on multilateral co-operation. In its capacity as chair of the AU Peace and Security Council (PSC) in September 2016, it led the informal discussion between the AU PSC and the UNSC.

With Ethiopia also joining the UNSC this year, it will be important for the AU that African non-permanent members speak with one voice in the UNSC. This is another area where Egypt plays an important and pro-active role: in helping to bridge the historical divide between sub-Saharan Africa and North Africa.

With Morocco joining the AU, there are changing dynamics within the continental body – and Egypt can provide another platform for dialogue and interaction between North Africa and the rest of the continent.

On February 27, Egypt and the International Conference for the Great Lakes Region hosted a high-level workshop Towards a More Effective Collective Response to Peace and Security Threats in the Great Lakes. The workshop, among others, recommended closer bilateral, regional and international cooperation through enhanced dialogue, which is exactly what Egypt achieved by hosting the event.

It is clear that Egypt is committed to being an invested and active role player in Africa’s peace and security. Indeed, al-Sisi has been vocal in emphasising this role. At an Africa trade and investment forum in February 2016, the president said that Egypt is an integral part of Africa: “Africa needs to come together at this critical moment in response to ever-evolving security challenges that also has a spill-over effect on Egypt.”

One of Africa’s largest economies, Egypt has also increasingly recognised the importance of seizing investment opportunities on the continent. The country’s total investments across Africa currently equal $8-billion, making Egypt an important partner in Africa’s development.

However, the country continues to face a plethora of worrying challenges – the brunt of which is felt across the region, and most acutely by ordinary citizens. They continue to face the fallout of political unrest; security and terrorism-related challenges that have left the tourism industry in tatters; and a reported crackdown on civil liberties.

Press freedom has come increasingly under fire, with alarming reports of opposition journalists being arrested, abused and jailed. This has been symptomatic of a wider and worrying silencing of dissent and troublesome reports of human rights violations. (Earlier this month, in the 34th session of the UN Human Rights Council, Egyptian Minister of Foreign Affairs Sameh Shoukry mentioned positive developments in this area.)

The continent has a lot to gain from Egypt’s renewed commitment; its ability to represent and further African interests in different regions and forums; and its stake in developmental efforts.

These opportunities can and should be maximised, but that would mean aligning Egypt’s role with democratic gains and goals elsewhere on the continent.

And for that to work, Egypt should set an example to its African counterparts in addressing its own acknowledged challenges in fighting terrorism; setting its human rights reputation in order; and focusing on its own development issues. In so doing, Egypt will further strengthen its efforts in being part of the revitalisation of Africa. DM