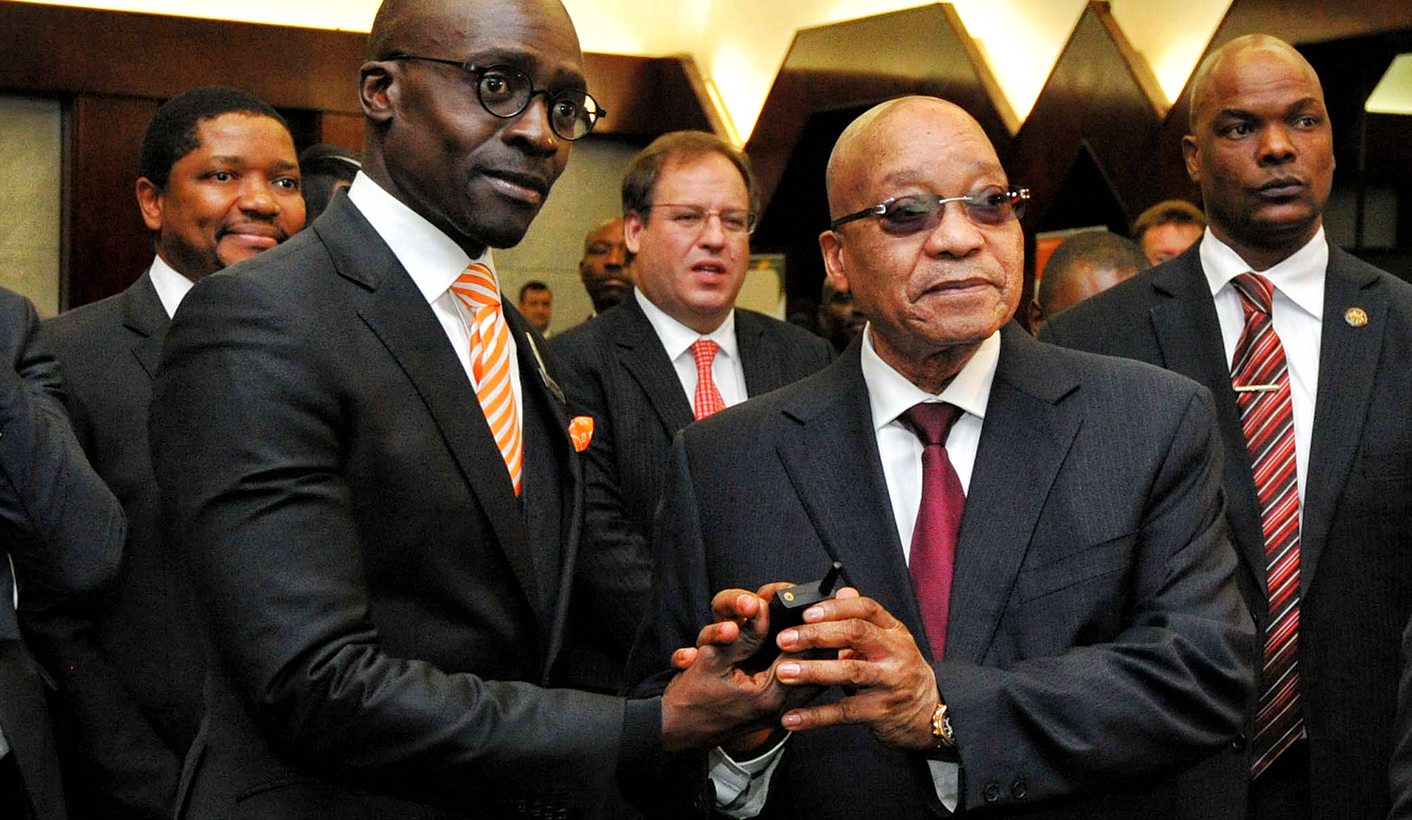 With a focus on the “security and authority of the state”, the ANC’s peace and stability policy discussion document proposes revamping Home Affairs from a “misunderstood administrative department” into one “fully integrated into the security cluster”. But the proposition of the department being able to sell personal information to raise its own funds is just one example of the contradictory policy approaches of the governing ANC: asserting its prerogative to govern, but then outsourcing key functions. By MARIANNE MERTEN.

The move of the Department of Home Affairs into the security apparatus of the state is already under way. A year ago, Cabinet decided to move Home Affairs from its traditional place in the governance cluster to the justice, crime prevention and security cluster. The mandate of the department, according to the Cabinet statement of February 17, 2016, was:

“to maintain a secure, accurate register of the identity and status of all within the borders of our country, which is a critical enabler of all other functions of the state”. The Cabinet statement of March 1, 2017 said it had approved “proposed measures set out in the business case to reposition the Department of Home Affairs. The department must be positioned within the security system of the state so that it contributes to national security…”

“The ANC should support the principle of repositioning Home Affairs as a secure, professional, modern department that is a powerful enabler of service delivery, economic development and state security.”

With the business case approved by Cabinet not known publicly, the policy discussion document makes some startling proposals. While Home Affairs must secure everyone’s personal details as part of its national security role, it should also raise its own funds through the sale of personal details:

“The sale of identity services and products would be another large revenue stream, with potential partners including GPW (Government Printing Works), the CSIR (Council for Scientific and Industrial Research) and private sector companies.”

Effectively this would mean government making money off its citizens’ details that must be given to obtain vital documents like birth certificates, ID documents or passports. This proposal appears to fly in the face of the 2013 Protection of Personal Information Act, aimed at protecting the confidentiality of personal information by those institutions that collect such details. And it comes in the wake of widespread reports, and a criminal case, that social grants payer Cash Paymaster Services (CPS) irregularly makes available the personal and biometric data of beneficiaries to a swathe of subsidiary companies providing airtime, funeral cover and electricity sales. (The company has denied this repeatedly in recent weeks.)

The turn to fundraising by Home Affairs to raise own revenues for a repositioned role in security is explained by the “competition for resources and severe fiscal constraints”, according to the discussion document: either Home Affairs is given the authority to use the funds it raises, or it must receive appropriate budgets for security, operations and maintenance of its systems.

“South Africans will have to own the vision of a modern Home Affairs and support the capital investment needed to build a capable department and highly secured agile systems that will be used to generate revenue.”

The ANC discussion document highlights shortfalls within the department even as it endorses Home Affairs to be in charge of the border management agency; the legislation for its establishment already is being finalised by Parliament.

“The DHA has no statistician, only six IT (information technology) specialists, no business process or security analysts, 700 immigration inspectors nationally, no senior manager in charge at ORTIA (OR Tambo International Airport), no operational intelligence for critical areas such as permitting, and low-level staff in foreign missions and critical posts at ports of entry,” it says. “The majority of staff have low educational qualifications that are suited to running manual, paper-based systems and not the smart management of digital processes.”

Against this the discussion document also proposes partnerships with private sector institutions like banks to carry out key governance functions. A new operational model includes user-friendly and fully digitised “front office channels” where applications would be made:

“Channels might be online or provided by third parties trained by the DHA (Department of Home Affairs), such as other departments or banks.”

Already under way is a pilot project which allows three of the four big commercial banks to collect biometric data to facilitate applications for smart IDs. It was one of the innovations launched in September 2015 by Home Affairs Minister Malusi Gigaba, who has emphasised the drive to efficiency and modernisation of his department.

The contradiction of a government department being moved into the security sector as “a strategic manager of identity and international migration”, but then outsourcing its functions to the private sector, appears not to have been grasped. It’s like hitting the repeat button of what happened over the payment of social security grants by a private service provider, largely white-owned with substantial American interests. Banks on average are 49% foreign-owned as it emerged in Parliament’s recent public hearings on financial sector transformation.

And these proposals come even as the discussion document fingers “foreign intelligence services” and “negative domestic forces” pushing a regime change agenda through its local partners, including judges, opposition parties and non-governmental organisations alongside student and religious groups.

That the ANC at the highest level believes South Africa is facing an onslaught of foreign interests, who manipulate local concerns for regime change, is an old narrative. It is one that State Security Minister David Mahlobo has ventilated freely, and often, over the past two years on public platforms like his budget vote, briefings by the ministerial security cluster to which he belongs and, no doubt, elsewhere.

“Attempts at regime change are happening. We know who does what,” was Mahlobo’s most recent contribution alongside comments on regulating social media at a security ministerial cluster briefing at the beginning of this month. “We do that work (of preventing regime change) quietly because at the end of the day South Africa should never be a failed state. Our duty is to protect its sovereignty.”

“The main strategy used by the FISs (foreign intelligence services) is to mobilise the unsuspecting masses of this country to reject legally constituted structures and institutions in order to advance unconstitutional regime change. The alignment of the agendas of FISs and negative domestic forces threatens to undermine the authority and security of the state.”

It’s unclear why the ANC denies agency to ordinary South Africans to make their own decisions, and take action based on their own lived experiences. But questions also must be raised over the inclusion of “the placement of non-South Africans in key positions in departments” as part of the agenda of foreign intelligence services. Aside from an implied assumption that non-South Africans constitute a threat, it is not rooted in the reality that South African citizenship is a criteria for a top public service job.

Already the mix of securocrats and established legal processes has raised eyebrows. During last year’s interviews for a new public protector, the State Security Agency wrote to the parliamentary committee that Deputy Public Protector Kevin Malunga was not suitable for the position. The letter discussed in the committee said his birth in Zimbabwe meant he would not get the required top security clearance, only confidential security clearance. Yet Malunga, who arrived in South Africa in 2005, was naturalised as a citizen in 2010, and in that process renounced his Zimbabwean citizenship. This, of course, is a Home Affairs legal process under the Citizenship Act.

The rights a constitutional democracy gives to its citizens may leave securocrats ill at ease. In this context, the revamp of Home Affairs, if ultimately endorsed by the ANC’s national conference in December, is set to create a super department with wide-ranging powers over citizens at the heart of the state’s security apparatus. DM