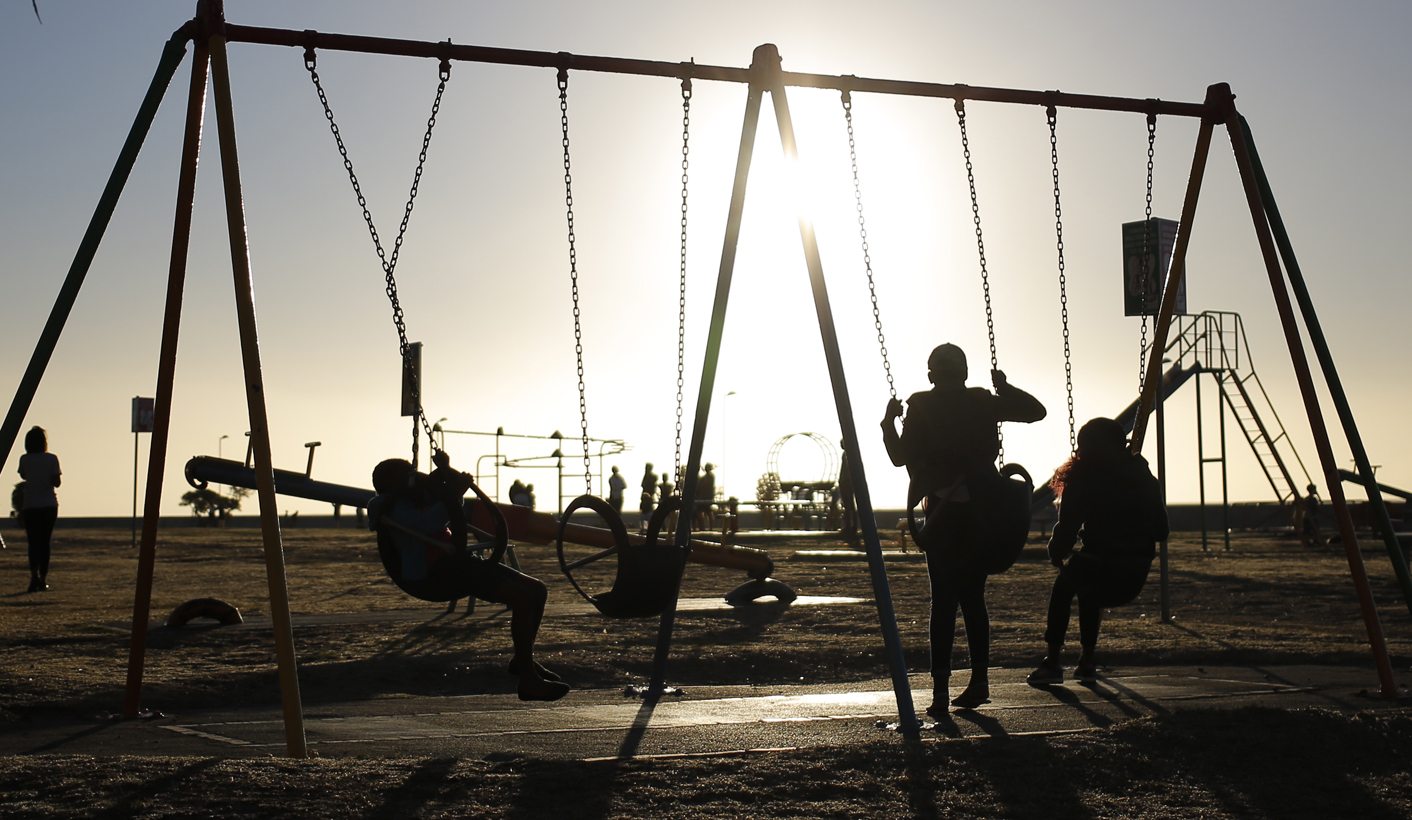 While it may seem as if last week’s Constitutional Court ruling has finally brought some clarity to the social grants crisis, the reality is that other aspects of the social grant system have also been imperilled by the Department of Social Development’s inability to deal with problems before they reach the courts. A battle by civil society to rescue the flawed foster care grant is now in its sixth year. By REBECCA DAVIS.

“NATIONAL CRISIS”, reads the court affidavit submitted by the Department of Social Development. It warns that if the court order it seeks is not granted, “NO PAYMENTS WILL BE PROCESSED”. (Their CAPS, not ours.)

It’s a scenario that sounds all too familiar – but those alarmist words are not in reference to the recent chaos around the extension of a contract to social grants distributor company CPS. The court affidavit in question dates back to December 2014, and involves yet another messy situation involving the social grants system long touted by the ruling party as one of its significant success stories.

Specifically, it refers to South Africa’s foster care grant: a monthly payment available to support the upkeep of children without parents, or whose caregivers are unable to provide for them. This is a substantial cohort, as the story of orphans in South Africa is inextricably linked to the story of HIV. It was in the early 2000s that orphaning rates began to mushroom, and by 2004 the number of children maternally orphaned had risen to over a million.

The need for such children to receive targeted financial aid should be a no-brainer. It is complicated, however, by South Africa’s social landscape – which sees most orphaned children live with their relatives.

The Foster Care Grant (FCG) is worth more than the Child Support Grant, so it is natural that such caregivers would wish to have access to the former. By 2010 the Foster Care Grant had risen to 500,000 payouts per month, 10 times what it had been previously, and 80% of which was going to children living with relatives.

The problem is, however, that accessing the Foster Care Grant necessitates the child being placed in the child protection system, which requires a whole raft of administrative services, including ongoing monitoring and treatment.

This in turn places massive strain on the resources of already overstretched social workers. Says Paula Proudlock, child rights programme manager at the University of Cape Town’s Children’s Institute: “Because social workers are trying to chase up these cases and do all the complex admin work to get foster grants processed, they have little time to do other work.”

Experts suggest that it is unnecessary for most orphans to be placed in the foster care system when they are living with family members. After all, around three-million non-orphaned children in South Africa already live with caregivers who are not their parents – for instance, if their parents are migrant workers.

The 2016 South African Child Gauge, produced by the Children’s Institute, notes: “The capacity of the social welfare system, and in particular the child protection system, has been greatly strained by the need to enrol and monitor large numbers of children in the foster care system, leaving abused and neglected children without the responsive protection services they need.”

The victims in this situation are the South African children who do require the attention and resources of child protection services. More recently, the number of children receiving the Foster Care Grant has been steadily declining. This is partly due to the confusion over which caregivers are eligible for the payout, and also because – to quote the Child Gauge – “social workers’ time is so taken up with clearing the backlog of expired foster care orders that they are unable to bring new cases into the system at the same rate as before”.

One of the major bureaucratic headaches presented by the Foster Care Grant is that it has to be reviewed and renewed every two years, unlike the Child Support Grant, which is paid continuously until the child turns 18. By the end of 2011, as many as 120,000 Foster Care Grants had expired because social workers had not reviewed the placements. A 2011 court order allowed a moratorium on the grants lapsing until the end of 2014, by which point the Department of Social Development was supposed to have devised a “comprehensive legal solution” to the problem.

The end of 2014 arrived, with no solution in sight, and by then, crisis point had been reached: 60% of the existing Foster Care Grants were due to expire because they had not been reviewed.

A solution had, in fact, already been drafted by civil society experts and academics working in the field: a “Child Support Grant top-up” for orphaned children, which would allow caregivers access to a larger grant than the Child Support Grant, without having to place the child in the foster care system. A 2016 paper by academics Katharine Hall and Ann Skelton explains: “The purpose of the proposed ‘top-up’ for orphaned children is in effect a strategy to discourage families and social workers from opting for foster care purely because of the financial incentive.”

The foster care caseload would then be reduced, giving social workers more time to respond to priority cases where children are in risk.

Both the Minister of Social Development and Cabinet have, in fact, approved in principle the proposal for the Child Support Grant top-up for orphans. Professor Ann Skelton of the University of Pretoria’s Centre for Child Law explains, however, that it can only be effected via an amendment to the Social Assistance Act.

Department of Social Development spokesperson Lumka Oliphant told the Daily Maverick on Tuesday that the department has completed public consultation on the amendment bill and will be requesting Cabinet’s permission to table the bill in Parliament “soon”.

“But for a systemic change to the foster care crisis, a change in policy and an amendment to the Children’s Act will be necessary,” Skelton says. The amendment in question – the 3rd Children’s Amendment Bill – has yet to be tabled in Cabinet.

With December 2017 only nine months away, will the department actually meet its court-ordered deadline this year, to prevent further attrition to the Foster Care Grant system?

Proudlock is unconvinced that this approach amounts to satisfying what the court has ordered the department to do. “It appears… that they do not intend to introduce a ‘comprehensive legal solution’ by Dec 2017 but are instead focused on trying to eradicate the backlog in expired foster care court orders,” she told Daily Maverick.

“You can see from the declining numbers of Foster Care Grants every year that they are not focusing on new applications. They do not have a plan to reach the over one-million eligible orphans who are not able to access the Foster Care Grant. They are just focusing on making sure that the children they already have on the system are reviewed every two years.”

The Centre for Child Law has told the Department of Social Development that it will oppose any further attempt to seek an extension on the matter. Skelton says they are in talks with the department, and hope to approach the court with an agreed solution before the end of the year.

“However, this will require a policy decision on the part of [the department] and a fairly advanced process around the required reforms,” she says. “If we are unable to reach agreement, we will definitely make sure that we go to court earlier than the end of the year, in order to avert a crisis.”

Proudlock sees distinct parallels between the Foster Care Grant mess and the recent general grants crisis. “Both [situations] involve a court order requiring the department to solve what is potentially a crisis, and in both situations there were supervisory interdicts involved. That immediately shows there’s dysfunction in the department,” she says.

In both cases, too, Minister Bathabile Dlamini insisted on appointing external committees of experts to work on the problem rather than relying on knowledgeable government officials. In the case of the foster care situation, the vast majority of the “experts” appointed to Dlamini’s committee in 2014 appear to be former ANC Members of Parliament with little experience in social development.

“These committees take so long to come up with recommendations: in the case of the foster child issue, they went and did field work which was already available,” Proudlock says. “They waste time when dealing with issues which are urgent and should be prioritised as such. The minister somehow doesn’t treat these court matters as urgent.”

It is Proudlock’s view that “things are deteriorating rapidly” within the Department of Social Development. The resignation of director-general Zane Dangor was taken as a particular blow, as Dangor had established good relations with civil society and exhibited a willingness to listen to advice.

During the Sassa hearings in the Constitutional Court last week, Chief Justice Mogoeng Mogoeng asked in frustration: “How did we get to this level that can be characterised as absolute incompetence?” It remains to be seen if the department can avoid similar criticism ahead. DM