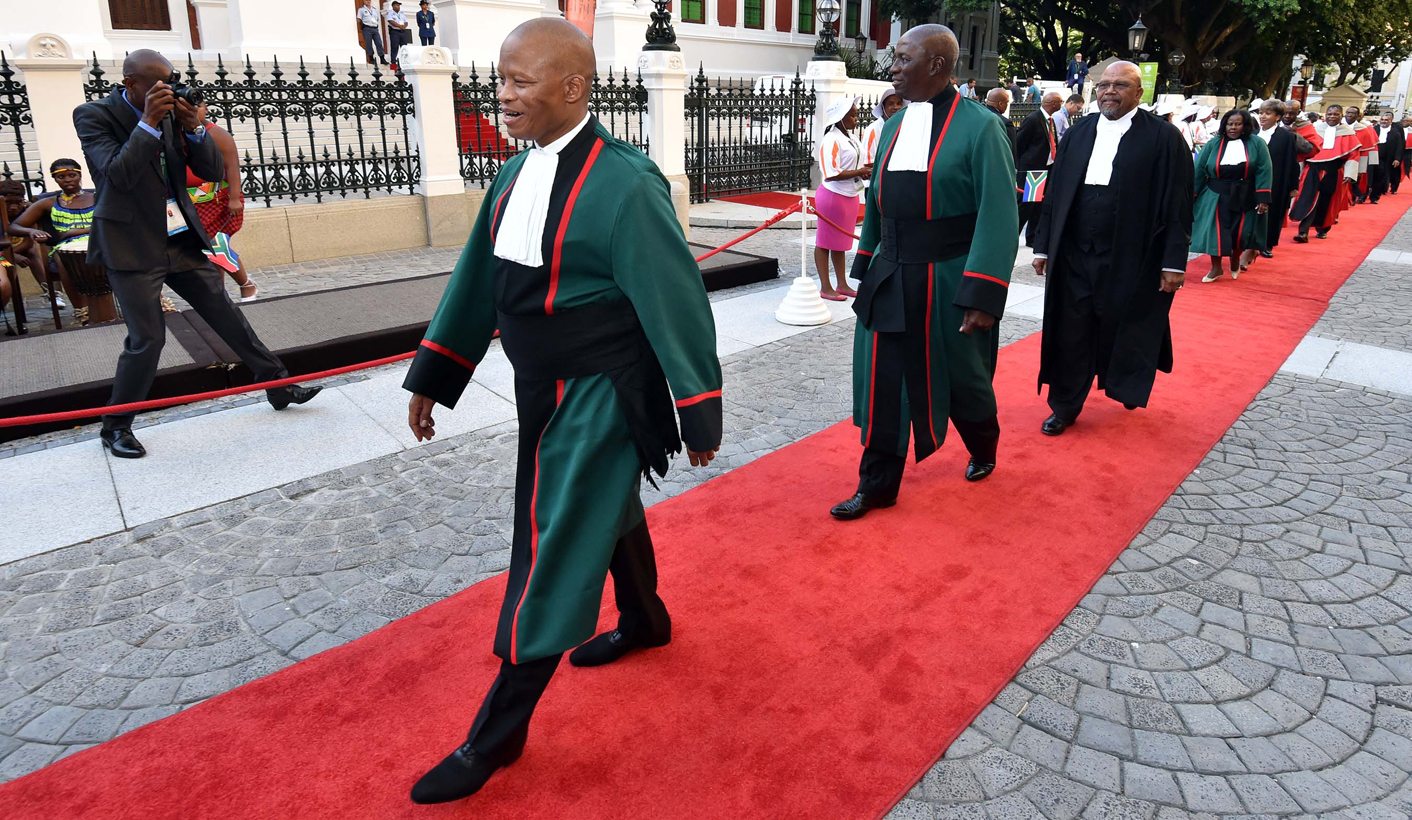 The judiciary and the courts are particularly vulnerable to political interference. In the present milieu, they are the last line of defence when all other avenues have failed to deliver on constitutional guarantees. By PHEPHELAPHI DUBE.

As structural interdicts go – with layers of reporting back and supervision – the recently handed down order by the Constitutional Court in Black Sash Trust v Minister of Social Development and Others (Black Sash case) is far-reaching and extensive. Ordinarily such an interdict would elicit – not unwarranted – accusations of judicial overreach and a possible breach of the separation of powers doctrine, but these are not ordinary times.

Consider that on the same day in which the Constitutional Court was handing down the decision in the Black Sash case above, the High Court in Pretoria set aside the Minister of Police’s appointment of Major-General Ntlemeza as National Head of the Directorate of Priority Crimes Investigation (DCPI). This was set aside on the basis that the appointment, given previous adverse findings by courts against Major-General Ntlemeza, was irrational.

The Eastern Cape High Court sitting in Grahamstown, in Agri Eastern Cape and Others v MEC for the Department of Roads and Public Works and Others, also recently held that farmers who had repaired damaged roads as last recourse, after years of neglect and failed promises to do so by the State, could bill the provincial government for the costs so incurred. In a carefully worded interdict, the Eastern Cape High Court detailed how the Eastern Cape government must immediately implement plans to maintain and upgrade the badly neglected rural road network in the province.

The North Gauteng High Court in February held that the government’s withdrawal from the International Criminal Court (ICC) was unconstitutional and invalid in the absence of such approval by Parliament. While the ICC Implementation of the Rome Statute of the International Criminal Court Act Repeal Bill has since been withdrawn from Parliament, it is however still unclear whether South Africa intends to remain as a member of the ICC. It is apparent, though, that but for the intervention of the courts, South Africa would have long commenced its journey to cease membership of the ICC.

These decisions, with far-reaching implications for the exercise of State power, and arguably pitting the judiciary against the State, were all handed down in first three months of the year. These decisions should be viewed against the backdrop of the Constitutional Court’s words in the 2002 TAC decision, which forced the government to provide antiretrovirals (ARVs) for all South Africans living with HIV:

“Courts are ill-suited to adjudicate upon issues where court orders would have multiple social and economic consequences for the community. The Constitution contemplates rather a restrained and focused role for the courts, namely to require the State to take measures to meet its constitutional obligations to subject the reasonableness of these measures to evaluation. Such determinations of reasonableness may in fact have budgetary implications but are not in themselves directed at rearranging budgets. In this way, the judicial, legislative and executive function achieve appropriate constitutional balance.”

But this is not the time for celebrating, just yet.

Consider the context in which the above decisions have been delivered. Just last week, news reports indicated that the governing party intended to reassess the appointment criteria used by the Judicial Service Commission (JSC) to appoint judges. The governing party is reported to be seeking “judges with a progressive philosophy and who advance judicial activism to give effect to social transformation to be appointed to the Bench”. In turn, the policy documents released after the recently held 2017 National Policy Conference of the same governing party, its Strategy and Tactics documents, decry “lawfare” over issues that could be “resolved in the political and policy sphere”. The same documents described the “lawfare” as “unsavoury developments” which “reflect attempts on the part of some privileged sectors of society to undermine the popular electoral mandate. This has the effect of sucking the judiciary into the maelstrom of day to day societal management and thus unnecessarily spluttering it with mud.”

What “mud” does the governing party refer to? Any reasonable interpretation of the statement suggests a thinly veiled warning to the courts about the possible consequences of making adverse findings against either the State or powerful political figures. The irony, however, lies in the fact that had the State acted per the dictates of the Constitution, then there would be no need for the courts to settle such disputes.

The Constitution further makes it imperative that law or conduct inconsistent with the Constitution must be declared as invalid by the court. It is only in exceptional circumstances – which are few and far between – that courts will pronounce on the constitutionality of policies. As such, this means that the nation’s policies can, as a general rule, be implemented by the technocrats and bureaucrats at the sole prerogative of the governing party with little interference from any other sphere of government. It is therefore disingenuous for the governing party to suggest, as it does in its Policy Documents, that the judiciary is otherwise engaged in societal management.

This appears to place the judiciary within the crosshairs of certain politicians, leaving the judiciary and the courts particularly vulnerable to political interference. After all – as was the case for 17-million social grant recipients – the courts are very much the last line of defence when all other avenues have failed to deliver on constitutional guarantees. This, in part, is what ensures the legitimacy of the courts in the eyes of ordinary South Africans.  All too often, South Africa’s higher courts are being forced to remedy the failings of the State. This should be lauded, however, given a governing party which is thin-skinned and bleeding voters, could this ironically be sounding the death knell for the currently vivacious and fiercely independent Judiciary?

End note: After this article had been written, the news broke that the offices of the Chief Justice had been broken into and 15 computers stolen. These computers contain sensitive information about all the judges in the country, as well as of officials of the Constitutional Court. It is too early to say whether this was a “mere” robbery or one with a political aim. Nonetheless, the robbery seems to prove the point of a vulnerable Judiciary. DM