Op-Ed: Across Africa, people yearn for the rule of law – and are not afraid to demand it anymore 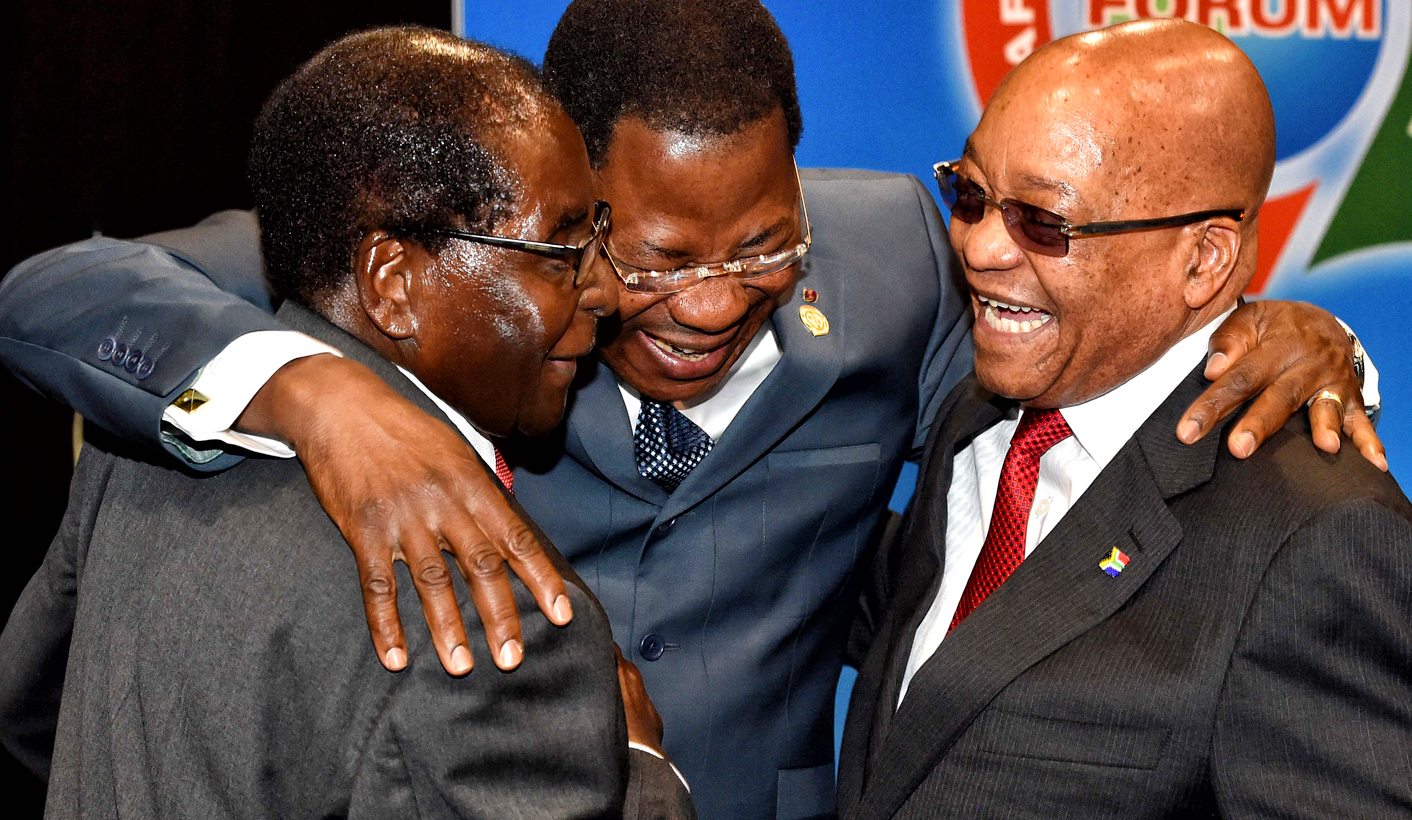 Across Africa, government is being held accountable not by global justice, but in courts a long way from The Hague, as citizens turn the tables on those in power. By GEOFF HILL.

It’s not just the International Criminal Court (ICC) that should worry the presidential palace, if events are anything to go by. Over and again, leaders used to getting their way have lost to NGOs, opposition parties and ordinary citizens who approached the local bench.

This month, South Africa reversed its decision to leave the ICC after a challenge in the Pretoria High Court by the opposition Democratic Alliance. Three judges ruled in favour of the DA that the withdrawal was at odds with the Constitution.

But the very act of leaving stemmed from an effort by the group Lawyers for Human Rights to force an arrest of Sudanese president Omar al-Bashir who, in June 2015, attended a conference in South Africa. A warrant from The Hague on a charge of genocide meant any ICC member was compelled to detain him on sight.

Jacob Zuma and his ministers hatched a plan to get al-Bashir out of the country and, since then, no one wanted by the ICC has dared enter South Africa.

Further afield, tyrants are being tested not by global justice but in local courts. And for the most part, they are losing on a continent with more democracy now than at any time in history.

In Nairobi, athletes are suing officials who allegedly stole money meant to cover their expenses at the 2016 Rio Olympics. If the matter is not resolved, Kenya could be barred from future games.

Zimbabweans detained for protesting against President Robert Mugabe were released by a court last week after they challenged the legality of their arrest.

In Nigeria, a local court has thrown out Abuja’s effort to stop Biafran separatist, Nnamdi Kanu, from taking his case to be heard by judges from the regional body, Ecowas. He is suing the state for $800-million, claiming a lengthy detention and alleged abuse have violated his rights.

Back in South Africa, the EFF and rights-group Afriforum are thrashing out the issue of land grabs before a judge. Afriforum says Julius Malema was wrong to call for land invasions; he, in turn, says a law that prevented him doing so is out of date.

But it’s not all good news. According to a continent-wide poll released this week, 30% of respondents paid a bribe before getting help from the courts.

In the study by Afrobarometer, Sierre Leone fared worst for judges on the take (67%) while Botswana scored a perfect zero and South Africa just five per cent.

There’s also a problem with the cost of retaining a lawyer and sitting unpaid in a courtroom instead of at work.

In SA, 42% found the process too expensive and, across the continent, more than a third complained about the price.

Professor Gregory Stanton is one of the world’s top authorities on international law, and founding president of Genocide Watch, the leading monitor for crimes against humanity. He is also a regular visitor to Africa.

“Democracy must be grounded in the grass-roots,” he says. “That’s why courts are open to the public. It’s why legal challenges can be brought to stop orders of the president, a minister or anyone else in authority.

According to Stanton there are two ways to cut short a crisis: “Use the media and use the courts.”

But taking on a tyrant is not easy, even if you win.

Last month in London, the long-time president of Djibouti was humiliated after losing what critics say was an attack by proxy on the political opposition.

Since independence from France in 1977, Djibouti’s only two presidents have been Ismaïl Omar Guelleh and his late uncle. The constitution has a two-term limit but Guelleh is on his fourth, winning 87% of the vote last year in a country where media is under state control and opponents have largely been driven underground or to exile.

Enter Abdourahman Boreh, a friend of the president who spoke out when Guelleh ran for a third term in 2011, suggesting he might stand as a rival candidate.

Boreh’s firm had been retained to expand the port on a strategic piece of land near the capital, jutting into a narrow strait of water that forms the only link between the Indian Ocean and Suez.

Boreh was placed on a trumped-up terror charge and, when he fled, Guelleh pursued him through European courts, freezing his assets, then suing the businessman who now had no money to fight his case.

But the Guelleh regime lost every time when evidence was either lacking or shown to be fabricated. Boreh’s assets were released and he was found innocent on all counts.

Then Djibouti went after the company Boreh had contracted to build a container dock at the port, claiming Dubai-based DP World had won the tender through a bribe. DP also has terminals in Europe, Senegal, Mozambique and across the Middle East.

In February a commercial court in London found nothing to back the claim.

Djibouti was ordered to reimburse Boreh a staggering £9.3-million (±R150-million) for his legal team. No wonder in the Afrobarometer study, those who rated themselves “poor” felt justice was out of reach.

Another complaint in the poll was time. More than 60% said justice is too slow. For example, three-quarters of Kenyans felt delays at court were intolerable. Ditto South Africa at 32% and Liberia the worst at 81%.

Other gripes were that judges don’t listen and the process is hard to understand.

Little wonder the challenge to state power comes mostly from NGOs and class action. But, for the all the problems, there’s been a steady rise in cases. So much so that Jacob Zuma says the courts are making his job difficult. He has been challenged over renovations to his private home and on claims of corruption and abuse of the Constitution.

Zuma is set to stand down in 2019 and unless his successor grants a pardon, supporters fear he could face years of litigation.

And it’s not just the president. The police, SABC, ministers and state entities have all been sued in the past year as citizen groups become ever more aware of their rights.

And contrary to complaints logged by Afrobarometer, many cases were resolved in months if not weeks, usually with the state caving in.

The Hague process is costly and trials can run for a decade, but, in or out of the ICC, Africa has found its voice.

But Stanton still sees an area of worry. “Our judges need to be totally impartial for the system to work.”

And taking on a president? “There should be no sacred zone. Recent decisions in South Africa against Sudanese president al-Bashir, or against tyrants in Gambia or Djibouti show how global justice is a task for all of us.

“The only real enemy is silence.”

Some say this makes lawyers rich and the country hard to govern. Maybe so, but the trend of “I’ll see you in court” is growing.

And those who, just a few years ago, ruled with impunity, may have to get used to being hounded by the law. DM

Photo: President of Zimbabwe Robert Mugabe, President of Benin Bon Yayi and President Jacob Zuma share a light moment before the start of the second day of the FOCAC Summit in Sandton, Johannesburg, 5 Dec 2015. (Photo: GCIS)