Health-e News: US Gag Rule to cause more abortion-related deaths 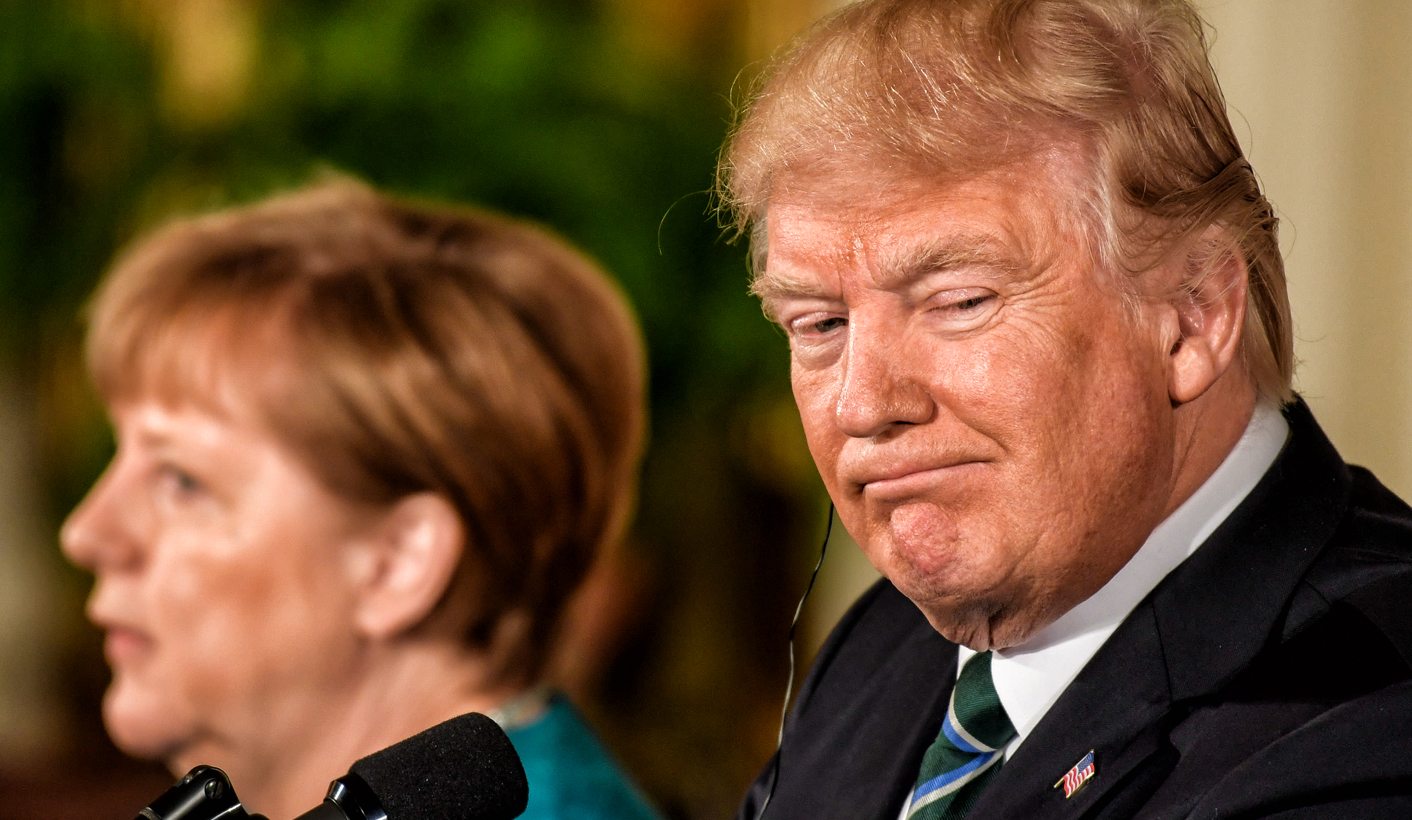 The US Gag Rule, reintroduced in January, is likely to mean that many more women in the most vulnerable parts of the world will continue to die from unsafe abortions. HEALTH-E’s Amy Green reports.

“I remember the first time I saw a woman die from an unsafe abortion,” recalls Zani Prinsloo, a midwife with international humanitarian organisation Doctors Without Borders (MSF) where she manages maternal health projects in crisis zones around the world.

“I was on assignment and this lady came in, she was ash-grey. At the time, we took the history. She was bleeding and had taken a certain medication to induce abortion,” she said. “But it was too late. Our resources couldn’t save her – she had come to us too late.”

Prinsloo prefers to omit the names of the countries in which she has worked to protect the organisation’s projects and the work that they do there. But she told Health-e News that she has saved mothers in seven countries in Africa and the Middle East over the past four years.

The World Health Organisation (WHO) estimated that unsafe abortions are one of the five main causes of death for mothers, together with haemorrhage, eclampsia, sepsis, and obstructed labour. They account for 13% of all maternal deaths but this figure is higher in refugee camps and conflict areas.

In Africa, approximately 1.6-million women annually seek treatment for complications arising from abortions, including blood loss and infection, according to medical journal, The Lancet.

Abortions are totally illegal in only six countries worldwide, but many others restrict access and only offer these services for example to survivors of rape or incest, according to the WHO.

In January, four days into his presidency, US President Donald Trump reinstated the Global Gag Rule that was drafted in 1984 by Ronald Reagan. The Gag Rule bans US family planning funding from going to non-governmental organisations (NGOs) outside the US that provide abortion services, counselling, or referrals, or advocate for liberalisation of their country’s abortion laws, even if they don’t use US government funds to do this.

“Under Trump’s order, the gag rule now applies not only to US bilateral family planning assistance ($575-million for fiscal year 2016), but also to all ‘global health assistance furnished by all departments or agencies’ – encompassing an estimated $9.5-billion in foreign aid,” according to Guttmacher Institute president Ann Starrs.

“Foreign NGOs that receive US funding to work on a broad range of health programmes in about 60 low-income and middle-income countries – including on HIV/AIDS, the Zika virus, malaria, tuberculosis, nutrition, and maternal and child health, among others – will potentially be subject to the same ideological restrictions that have hampered family planning aid at points in the past. Thus, President Trump’s version of the global gag rule represents a wider attack on global health aid writ large,” Starrs wrote in The Lancet.

Past studies have found no evidence that the Gag Rule had any effect on reducing abortion. Instead, it drove women to unsafe and life-threatening situations.

A Ghanaian study even found that, because of declines in the availability of contraceptive services as NGOs offering these services had been affected by funds cuts, both fertility and abortion rates were higher during the gag rule years than during non-gag rule years in rural and poor populations.

But even in countries where abortion is legal and free, like South Africa, many women feel compelled to use uncertified service providers for abortions based on stigma, lack of knowledge and a need for privacy, according to MSF sexual health nurse Lucy O’Connell.

Almost a third of South African women are not aware that abortion is legal, while an estimated 50% of South African abortions are performed illegally, in unsafe environments, according to research carried out by Ipas, a global non-profit organisation that advocates for safe abortions worldwide.

Nurses often stigmatise young women looking for abortions, especially those who have never given birth before. But O’Connell said the problem is deeper than nurse attitudes.

She said nurses were also over-worked and disempowered when it comes to providing abortion services.

Prinsloo says that religion and culture play an important role in how healthcare workers approach the issue of abortion: “On many issues a person can be neutral. With abortion, you can’t really sit on the fence. You are either pro-life or pro-choice.”

Some tried to occupy a more neutral space, said Prinsloo: “Healthworkers who are against abortion services usually have religious or cultural obligations. They might prepare a woman for an abortion but will refuse to participate in the procedure. But if a woman has been raped or is pregnant due to incest they may be more sympathetic.”

Prinsloo’s own background left her in this neutral space before she started to work for MSF.

“I was brought up Afrikaans and Christian with a very pro-life stance – and I remember driving past the first Marie Stopes clinic in the country many years ago. I was thinking: How can they kill little babies?”

But, she said, once she had witnessed the consequences of unsafe abortions, she realised that the issue was not so black and white.

“I lived in a protected world and at the time I was blocked by morality. But after years of witnessing women dying – from the only preventable cause of maternal death – I knew that this is actually a human rights issue.”

While MSF doesn’t promote abortions, its healthworkers often have to deal with severe post-abortion complications and its aim is to reduce or prevent the consequences of unsafe abortions.

“Many people will tell you that you will be punished by God for being ‘pro-choice’ and I know many healthworkers face stigma in their communities. But when you listen to the women who come to us, having used a coat hanger or having consumed poison to induce an abortion – you think: ‘How desperate did this woman have to be to do this?’”

“At the end of the day, what is in the best interests of the woman? We don’t want mothers to die,” she said.

A 2014 Lancet review estimates that in the developing world 56% of abortions are performed in unsafe conditions, and this rises to 97% in sub-Saharan Africa.

“I’m not going to stand on the street promoting abortion. But you need to see one bad thing in life to change your mind,” said Prinsloo, who is preparing for a three-month stint working for MSF in a Middle Eastern country.

The first woman she witnessed succumb to the injuries sustained from an unsafe abortion will stay in her memory forever.

“We debrief after every day in the field. It’s never an easy choice for women to do this. With this woman, we knew she took a tablet and started bleeding. But why? We will never know, because there was no-one left to tell us.” DM