Governing the country, one Inter-Ministerial Committee at the time 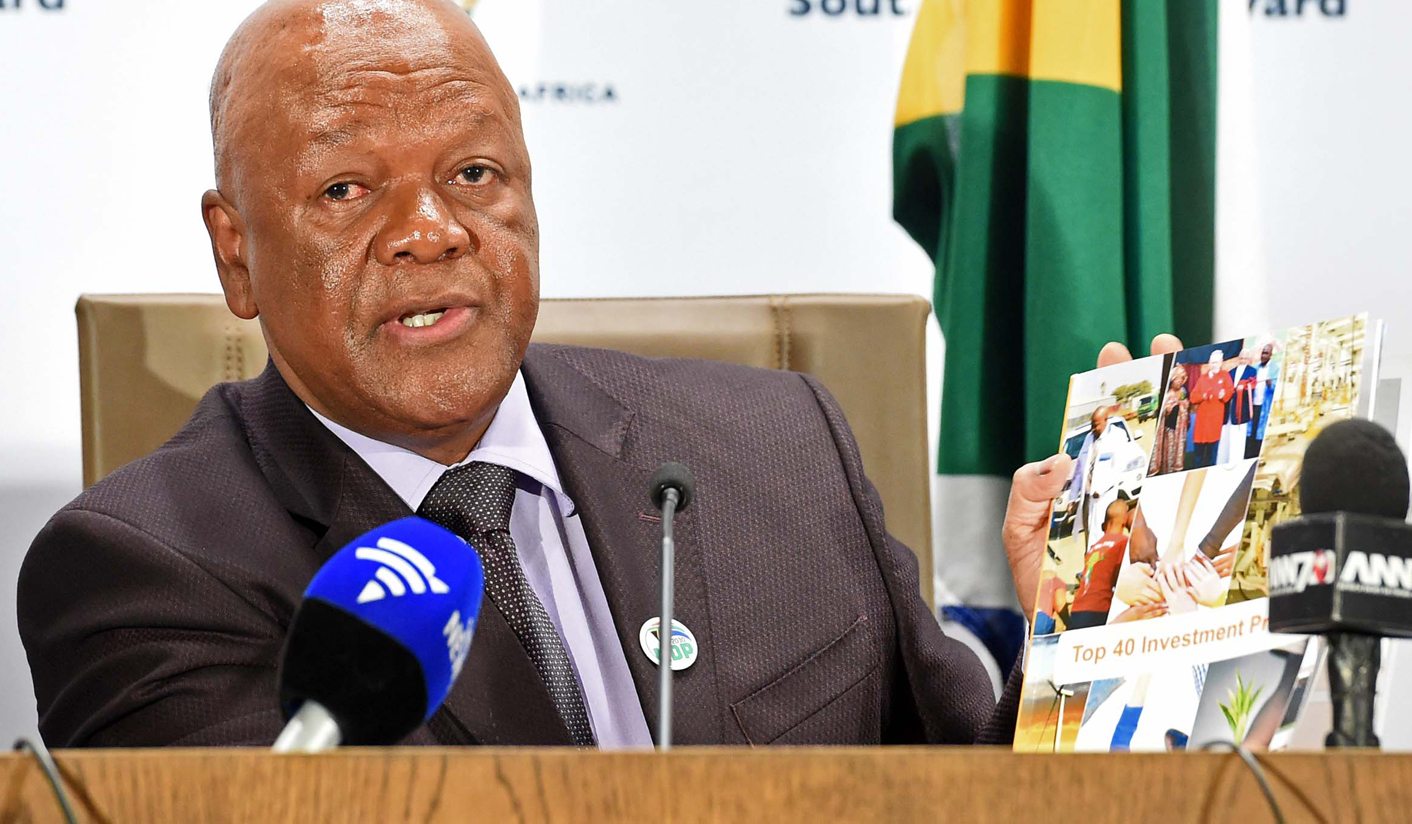 If in doubt, haul out the big numbers to emphasis delivery – and add another inter-ministerial committee (IMC) into the mix. At last count there were about 12 such committees, excluding those established for short-term projects, for a Cabinet of 35 ministers already organised into ministerial clusters on, for example, justice, crime prevention and security, governance or the economy. As governance appears a lot more like peeling back the skins of an onion, who exactly takes decisions? By MARIANNE MERTEN.

Like presenting big numbers of delivery, (re)establishing an IMC arguably is aimed at showing action by government. And President Jacob Zuma on Saturday announced he would take over as chair of the IMC on Comprehensive Social Security, and add three ministers to the structure.

The aim? “To ensure that the order of the court is implemented efficiently and diligently, in its entirety,” according to the presidency statement that came a day after a Constitutional Court ruling that said the “extraordinary conduct of the Minister of Social Development (Bathabile Dlamini) and of the South African Social Security Agency (Sassa)” had jeopardised one of democratic South Africa’s flagship achievements, the payments of social grants to alleviate inequality and poverty.

Two days earlier, during his presidential Q&A in the House, Zuma was asked when he would take steps against Dlamini for failing to do her job. “I thought the date we talk about [April 1] has not arrived… This is another kind of democracy that if you expect someone is going to make a mistake or is going to fail, that person must be punished before it happens,” said Zuma. “It’s a funny democracy that says punish a person before it happens.”

On Saturday Zuma apologised unreservedly for the “undue anxiety” over this saga, in an echo of his April 1, 2016 apology for the “frustration and confusion” caused by the years-long Nkandla saga, a day after the Constitutional Court ruled he had breached his oath of office by not implementing the public protector’s report, and also not taking it to court on review.

But this Inter-ministerial Committee on Comprehensive Social Security already existed last year. Even then, time was running out to ensure compliance with the April 2014 Constitutional Court ruling as “constitutionally invalid” the controversial contract between Sassa and its grant payment service provider Cash Paymaster Services (CPS). The order of invalidity over unverified BEE credentials and uncompetitive biometric specifications was suspended to March 31, 2017 to allow grant payments to continue while a new system was put in place. In November 2015 the court was told this would happen come April 1, 2017, but by April 2016 officials knew it would not, even as Dlamini indicated in court documents for last week’s hearing that she had not known this until October 2016.

The IMC on Comprehensive Social Security was activated in November 2016. Its two chairpersons, Dlamini and Finance Minister Pravin Gordhan, did not see eye to eye. It is on public record that as the situation escalated in recent weeks, Social Development fingered National Treasury for refusing to sign off on the legally required deviation needed for this contract extension despite legal advice that the court needed to be approached, while finance officials insisted approval from the Constitutional Court was required beforehand.

This political stare-down reflects not only political tensions in the faction-ridden governing ANC, but also how these impact on governance. The prevalence of IMCs may well be intended to get everyone on the same page, but it is also triggers paralysis, particularly in those politically charged cases.

With regards to accountability to Parliament, these IMCs, effectively a Cabinet internal administrative arrangement, also complicate matters. It is ministers, not IMCs, who appear before committees. Is this perhaps why the parliamentary social development committee maintained all’s good and well as recently as last month?

Section 92 of the Constitution states that the president assigns functions to his ministers, who are “accountable collectively and individually to Parliament for the exercise of their powers and the performance of their functions”.

Friday’s Constitutional Court ruling, scathing in the carefully weighed language of judges, squarely held Dlamini responsible. “The office-holder ultimately responsible for the crisis and the events that led to it is the person who holds executive political office. It is the minister who is required in terms of the Constitution to account to Parliament. That is the minister, and the minister alone,” the court said.

Now Zuma is the chairperson of the IMC on Comprehensive Social Security. Zuma also chairs the IMC on Investment, established in January 2016 with 16 ministers from finance, trade and industry to rural development and energy.

In August last year it was announced that the IMC on State-Owned Enterprises (SOEs), chaired since December 2014 by Deputy President Cyril Ramaphosa, would be restructured into a presidential SOE co-ordinating commission similar to the one on infrastructure chaired by Zuma.

2011 saw the establishment of an IMC on combatting alcohol and substance abuse, led by Dlamini; in 2013 it delivered a policy position on banning alcohol adverts that has yet to become law. In 2012 an IMC on Food Security was established; in 2016 one on drought. In April 2015 the IMC on Migration was formed with 14 ministers; in August that year the IMC on Immigration Regulations emerged. In July 2014, Zuma announced five IMCs: Prevention and Combatting of Corruption (nine ministers), Information and Publicity (12 ministers), Service Delivery Task Team (11 ministers), State Funerals (seven ministers) and, following the police shooting of 34 Marikana miners, the IMC on Rehabilitation of Distressed Mining Communities (15 ministers).

IMCs may well give the impression everyone is hard at work. Social security crisis? There’s an IMC. If that doesn’t work, there is a ministers’ task team to step in as happened earlier this month in the Sassa debacle, nixing negotiations for a new CPS contract without Constitutional Court condonation. Corruption? There’s an IMC. Investment? There’s an IMC for that also with Zuma launching the InvestSA national one-stop shop in Pretoria last Friday.

And government’s hauling out the big numbers in the form of departmental strategic and annual performance plans will dominate Parliament once MPs return from April’s recess to turn their attention to considering the Budget.

The question is: are the numbers backed up by quality of delivery, or just a gambit to make the balance sheet look good? DM