Social Grants Crisis: Concourt pulls no punches to ensure social grants will be paid on April 1 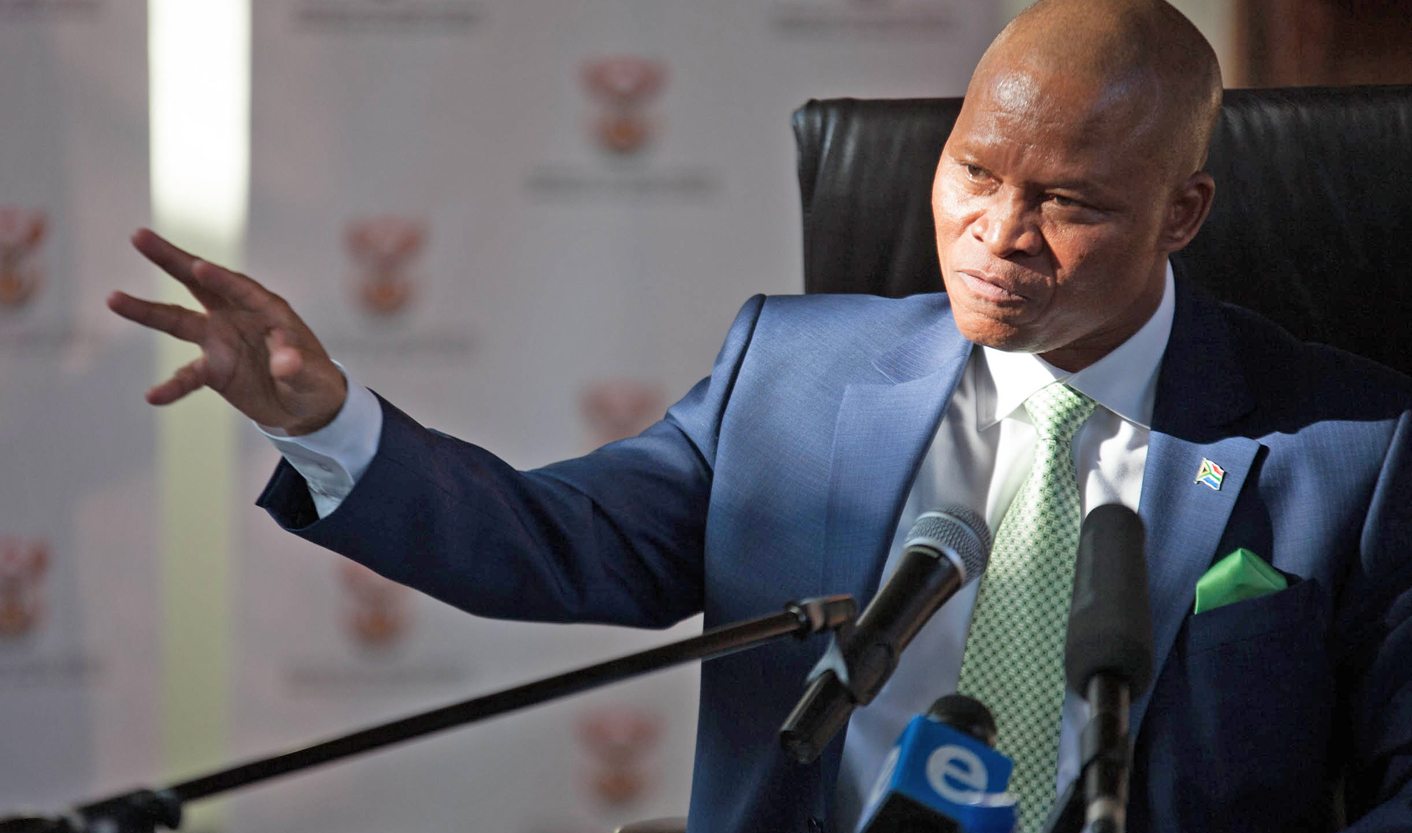 Social grants will be paid on April 1 and the minister of Social Development, Bathabile Dlamini has two weeks to come up with reasons why she should not pay the cost of this week's Constitutional Court application from her own pocket while calls for her head grow louder. By JILLIAN GREEN.

On Friday the Constitutional Court ruled that its earlier declaration of the invalidity of the previous contract between the South African Social Security (Sassa) Agency and Cash Paymaster Services(CPS) would be suspended for 12 months. This means that CPS would be responsible for the payment of social grants on April 1 and continue to do so until another entity which can do so is found.

Justice Johan Froneman in reading out the judgement said the terms and conditions of the previous contract would continue to apply and any changes in how much CPS got paid would need to be done through the  National Treasury.

ConCourt further ordered, among others, that:

“The minister and Sassa tells us that CPS is the only entity capable of paying grants for the foreseeable future after the 31st of March.

“This court and the whole country are now confronted with a situation where the executive arm of government admits that it is not able to fulfill its constitutional and statutory obligations to provide for the social assistance of its people.

“And in the deepest and most shaming of ironies, it now seeks to rely on a private corporate entity with no discernible commitment to transformative empowerment to get it out of this predicament,” Froneman read.

On Wednesday, the court heard an application by the Black Sash for an order that it exercise supervisory jurisdiction over any new contract to pay social grants and its implementation. Freedom Under Law and Corruption Watch applied to be friends of the court in the matter.

During that hearing, Chief Justice Mogoeng Mogoeng asked how Sassa and Dlamini came to display “absolute incompetence” in the way they handled the social grants payment debacle.

“How do you get to the level where [your clients] make themselves look like they are incompetent and you can’t even explain how you got to this point? … How did we get to this level that can be characterised as absolute incompetence?” he asked, adding, “[Dlamini] should have been embarrassed and spent sleepless nights working to rectify this.”

Chairman of Freedom Under Law, retired judge Johan Kriegler said they were “delighted” by Friday’s ruling.

“The court made clear that the rule of law prevails.”

Kriegler said while he had only heard the judgment, he believed there was very little scope for manoeuvrability for Sassa, the ministry and CPS.

“The ConCourt has put the minister on terms…It (the potential of the awarding of costs against her) is an indication of its strong disapproval of the minister and the clearest indication that it believes that the minister has not been frank with the court,” he said.

Black Sash told the Daily Maverick it would comment once it had fully studied the judgment.

Following the judgment, Grindrod Bank, which provides bank services for 17 million social grant services and which stands accused of benefiting off having access to grant recipients data which it shared with third parties, denied any wrongdoing.

“Grindrod has never provided Sassa account information to any third party despite the terms and conditions contained in the agreement with the card holders, and does not cross-sell any services to the SASSA account holders”, a statement from the bank said.

Grindrod Bank nets approximately 30 cents profit per account per month on these Sassa accounts, which amounts to R3 million per month after tax.

“Grindrod Bank confirms that the debit cards and the related bank accounts will continue to be functional in order to receive their SASSA grant payments after 1 April 2017,” said Grindrod Bank CEO, David Polkinghorne.

Meanwhile, the ANC called on the department of Social Development to immediately initiate a process to fully comply with the directives of the Constitutional Court and the prescripts of the law.

“The regrettable events over the past few weeks were unnecessary and should have never happened,” the statement said.

While not naming Dlamini directly, the party called on government to “thoroughly investigate actions of those involved and act decisively against those responsible”.

“It is unacceptable that such a critical aspect of our social security net, affecting the security and livelihood of the most vulnerable in our country, was not dealt with much better in a speedy manner to avoid the unnecessary panic and anxiety caused,” the statement read.

“The ANC further calls for harsh consequence management as a deterrent to a repeat of this matter.”

The Save South Africa organisation was more direct saying “Dlamini should do the right thing for once – she should resign, immediately” but before she goes, she should pay the costs of the process from her own pocket, without belatedly trying to justify her “shocking” conduct.

“The Minister has had more than enough opportunities to show respect for her oath of office, for the Constitutional Court and for the people of South Africa. She has had more than enough time to prioritise the payment of social grants … instead she has spent her time misleading the poor and indigent, avoiding accountability in Parliament, and blaming those who want transparency and accountability – while vigorously defending her dodgy deal with a highly questionable service provider, CPS,” it said.

And in a sign of how just strongly has tide turned, NET1’s second biggest shareholder, Allan Gray (15.58%) stated:

“We asked Net1 in writing to make every effort possible to find an interim solution to ensure that grants are paid by 1 April. As shareholders we would be happy if this means Net1 foregoes all profits on the contract extension. Allan Gray’s investment in Net1 is not based on the renewal of the SASSA contract. It is based on the company’s track record of successfully implementing reliable and robust payment technologies, which comfortably handle millions of transactions, both on- and offline, across various different businesses and countries.

“We have also asked in writing for Net1 to consider cancelling all recurring monthly deductions to Net1 subsidiaries for airtime. And we have recommended other improvements, such as sending three SMS messages per month for the next three months to all Smart Life policyholders, in their home language, offering a simple and easy way for the policyholders to cancel their policy.

“We have urged Net1 to publish a comprehensive statement clearly explaining their response to the allegations of illegal and improper behaviour.”

In a gravity-defying statement, ANC Women’s League welcomed the Court’s ruling and ended with this:

“We wish to congratulate the ANC-led Government for ensuring that the people come first, above all else.” DM